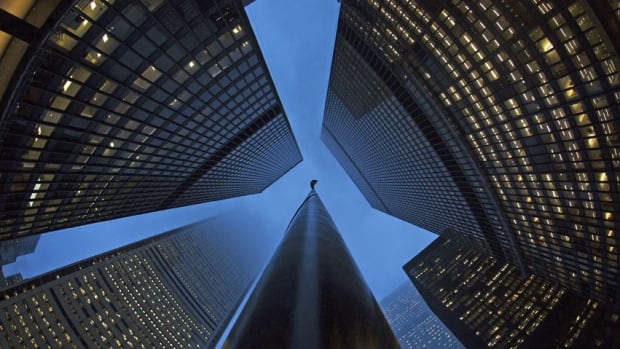 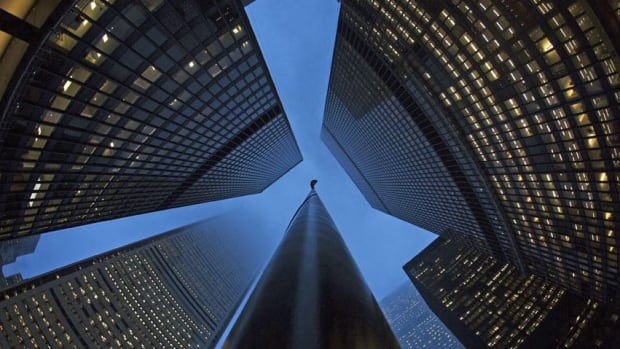 Profits at Royal Bank and Bank of Montreal were cut in half from last year in the fiscal second quarter, the banks reported Wednesday, as both said the money they are setting aside to cover bad loans had risen sharply because of COVID-19.

Royal, Canada’s biggest bank, and BMO, the fourth-biggest, posted quarterly earnings on Wednesday for the three-month period that ended April 30, a quarter that saw Canada’s economy walloped by the coronavirus that causes COVID-19.

The banks are seen as bellwethers for the economy, because their earnings tend to reveal what’s really going on at the ground level with companies they lend to. And the numbers for both banks suggest they have growing worries about the loans on their books.

Royal Bank reported adjusted earnings of $1.03 per share, well below the $1.58 that analysts were expecting. All told, Royal made a profit of more than $1.4 billion last quarter. But that’s a drop of 54 per cent from what the bank made in the same stretch in 2019.

A big reason for the profit plunge is a spike in loan loss provisions. That’s the amount that banks set aside to cover bad loans. Royal hiked its provisions to $2.8 billion in the quarter, a huge jump from $426 million last year.

Most of the hit went to Royal’s personal and commercial banking units, the capital markets division, and wealth management. The bank’s investor and treasury services and insurance businesses, meanwhile, fared comparatively better.

Not all of those $2.8 billion worth of loans will necessarily default. But Royal is setting aside that much money to cover potential losses that aren’t currently being paid back the way they are supposed to be.

It was a similar story at BMO, which posted adjusted profit of $1.04 per share. Unlike Royal, BMO’s profit was better than the $1.22 analysts were expecting.

All in all, BMO earned $689 million in the quarter, well down from the $1.5 billion last year.

And Bank of Montreal saw the same trend in loan loss provisions, with its figure rising from $176 million last year to $1.11 billion this quarter.

The damage was broad based, as BMO said its personal and commercial banking divisision in the U.S. and Canada saw smaller profits, as did wealth management. The capital markets unit swung to a loss after being profitable last year.

Both banks maintained their dividends, despite the profit slump. Royal will pay a dividend of $1.08 a share, and BMO will pay $1.06 a share.

Royal Bank posted profit declines across most of its major business lines, including personal and commercial, wealth management and capital markets, while BMO said its trading and investment banking division swung to a loss.

As credit downgrades and drawdowns on credit facilities increased, Royal Bank saw a 30-basis-point decline in its common equity Tier 1, the measure of a bank’s capital strength, to 11.7 per cent of risk-weighted assets from the earlier quarter. BMO’s ratio fell to 11 per cent from 11.4 per cent.

Legally, chartered Canadian banks have to keep those ratios above nine per cent. Otherwise they are obligated to raise more money to keep in their reserves.

Two other banks, Scotiabank and National Bank, reported quarterly earnings on Tuesday that painted a similar picture to the one Royal and BMO painted — lower profits and much higher loan loss provisions.

Canada’s two other big banks, Canadian Imperial Bank of Commerce and Toronto-Dominion, will post their numbers in the coming days.