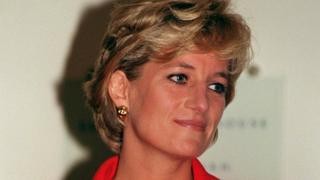 Friends of Princess Diana have urged Channel 4 not to broadcast controversial video tapes of her talking about her troubled marriage.

The documentary, Diana: In Her Own Words, is due to be aired ahead of the 20th anniversary of her death.

The tapes, recorded by her speech coach, have never been seen in the UK.

Channel 4 said they “provide a unique insight” – but Diana’s close friend Rosa Monckton said they were a betrayal of the late princess’s privacy.

Mrs Monckton is writing to the broadcaster to ask them not to air the tapes. She told The Guardian: “This doesn’t belong in the public domain.

The footage was recorded by Peter Settelen, who was hired by the Princess of Wales between 1992 and 1993 to help with her public speaking voice.

She was filmed at Kensington Palace and is seen talking about her marriage to the Prince of Wales, their sex life and how she confronted him about his affair with Camilla Parker Bowles, now the Duchess of Cornwall.

Former royal spokesman Dickie Arbiter told the BBC’s Victoria Derbyshire programme that Channel 4 was “laughing all the way to the bank”.

He said: “These tapes were recorded in private as part of a training session. Anything done behind closed doors remains private.”

Royal biographer Penny Junor added: “I think it is quite obscene that they are showing this – and immoral, frankly.

“Diana, when she made them… the marriage had just come to an end, they had broken up – she was in a very bad way.”

The princess “never intended these tapes to be heard by any living soul”, she added, describing the broadcast as “exploitation”.

The tapes were returned to Mr Settelen in 2004 after a dispute with Diana’s brother Earl Spencer, who said they belonged to him. They had initially been held by Scotland Yard after being seized in 2001 in a raid on the home of former royal butler Paul Burrell.

Excerpts were broadcast in the US later in 2004 after being sold to American broadcaster NBC.

The BBC was reportedly planning to show the tapes as part of a documentary in 2007, the year of the 10th anniversary of Diana’s death, but scrapped the project.

He told BBC 5 live: “The claim to privacy actually fails because the police looked at them, the Spencer family looked at them, Paul Burrell look at them presumably and so what was private to Peter as much as to Diana was actually lost in the process.

“So I don’t think it’s right to say that now, 20 years later after her death, they remain private any more.”

He added that Diana was separating from her husband at the time and “wanted the world to know what she was going through”.

Channel 4’s deputy chief creative officer Ralph Lee described the tapes as an “amazing historical document” that “allows us to create a new portrait of Diana”.

He told the BBC that “20 years is a significant amount of time for something like this to now come to light and be aired”.

A Channel 4 spokesman said the subjects covered in the tapes were “a matter of public record and provide a unique insight into the preparations Diana undertook to gain a public voice and tell her own personal story”.