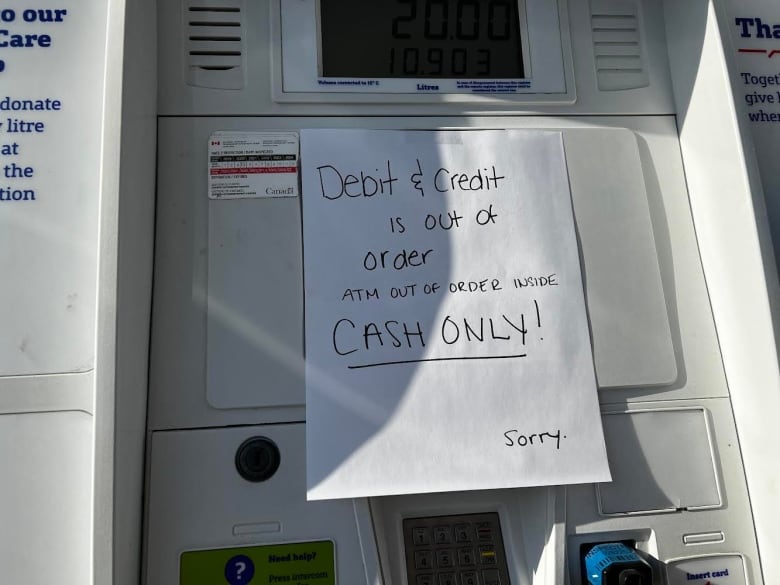 Telecommunications giant Rogers is experiencing a massive outage on Friday morning that is impacting wireless, cable and internet customers across the country.

The outage began some time in the early hours of Friday morning, with a wide variety of services impacted.

Just before 9 a.m. ET on Friday, the company confirmed via its Twitter account that something was indeed awry.

“We are aware of issues currently affecting our networks and our teams are fully engaged to resolve the issue as soon as possible,” Rogers tweeted. “We will continue to keep you updated as we have more information to share.”

We know how important it is for our customers to stay connected. We are aware of issues currently affecting our networks and our teams are fully engaged to resolve the issue as soon as possible. We will continue to keep you updated as we have more information to share.

Internet monitoring watchdog group reports that total internet traffic in Canada was at 75 per cent of its normal level on Friday morning.

Even services not directly controlled by Rogers, such as emergency services, travel and financial networks, are impacted.

The Toronto Police Service tweeted that Rogers customers in that city were having trouble connecting to 911.

“We are working to resolve these issues,” the force said.

The outages also appeared to be impacting Interac and wholesale re-sellers of Rogers services. TekSavvy tweeted from its online help account that its own services were down and there is “no ETA” about when it might be restored.

The Confederation Bridge between P.E.I. and New Brunswick reported that it has lost the ability to process debit payments, and is currently only accepting cash, credit or gift cards in exchange for payment.

CBC News has reached out to the Canadian Bankers Association and officials at Interac for confirmation of issues, but those requests have not been immediately returned.

Ottawa’s transit agency, OC Transpo, told its customers it is experiencing “technical issues with the internet and are unable to provide some telephone services.”

CBC’s radio station in Kitchener, Ont., has been taken offline and off the air as a result of the outage.

It’s the second time in as many years that Rogers has been rocked by a major outage, as the company’s wireless and cable networks went down in a similar fashion in April 2021. At the time, Rogers blamed an issue with a software update at one of its telecom equipment suppliers.