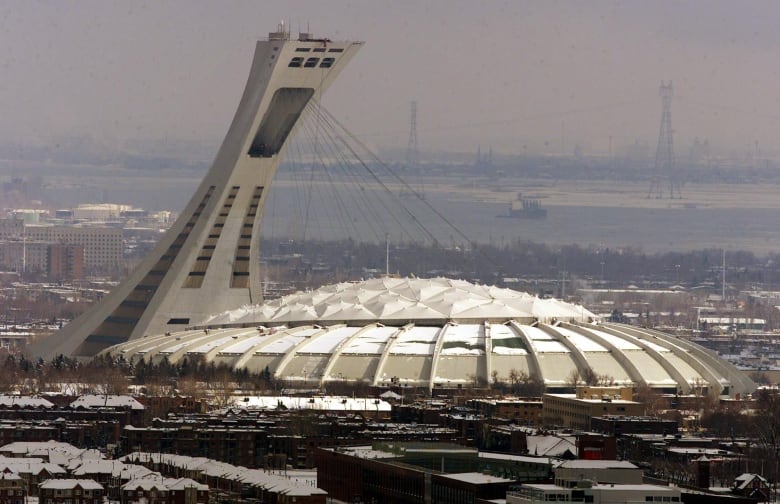 Roger Taillibert, the French architect who designed Montreal’s Olympic Stadium for the 1976 Olympic Games, has died in Paris.

The stadium, with its retractable roof and 175-metre leaning tower, is one of Montreal’s most famous buildings.

Outside of Montreal, Taillibert’s work included the Park de Princes stadium in Paris and skyscrapers in Doha, Qatar.

Taillibert was asked to design the Olympic Stadium by Mayor Jean Drapeau, who saw Taillibert as a great artist, and gave him artistic freedom when it came to the stadium.

“Taillibert is the kind of architect who built the cathedrals of ancient times,” said Drapeau, calling Taillibert’s designs “poems in concrete.”

Taillibert himself said that he hoped the curves of his buildings would arouse emotional responses.

“If a monument brings emotion, there is immediately a permanent presence of the monument among men,” he said.

The Olympic Stadium architect talks about his controversial design. 7:21

For others, however, Taillibert and his famous stadium were controversial choices.

Construction on the stadium was also fraught with cost overruns, labour strikes and walkouts, which heightened fears that the stadium would not be completed in time for the Games.

By the time the Games began, the stadium was functional but the tower was not completed and the retractable roof had not yet been installed.

After the Olympics, the stadium continued to face problems, like ice damage causing the roof to be repaired several times, and concrete slabs falling from the ceiling of its underground parking facility.

The stadium remains an icon in the Montreal skyline, despite its controversial past.

“The Olympic Stadium is known around the world and has given us some great moments in our history,” she wrote.

Taillibert often responded to his critics with a cool blanket statement: “There are always critics; only those who do nothing have no critics.”