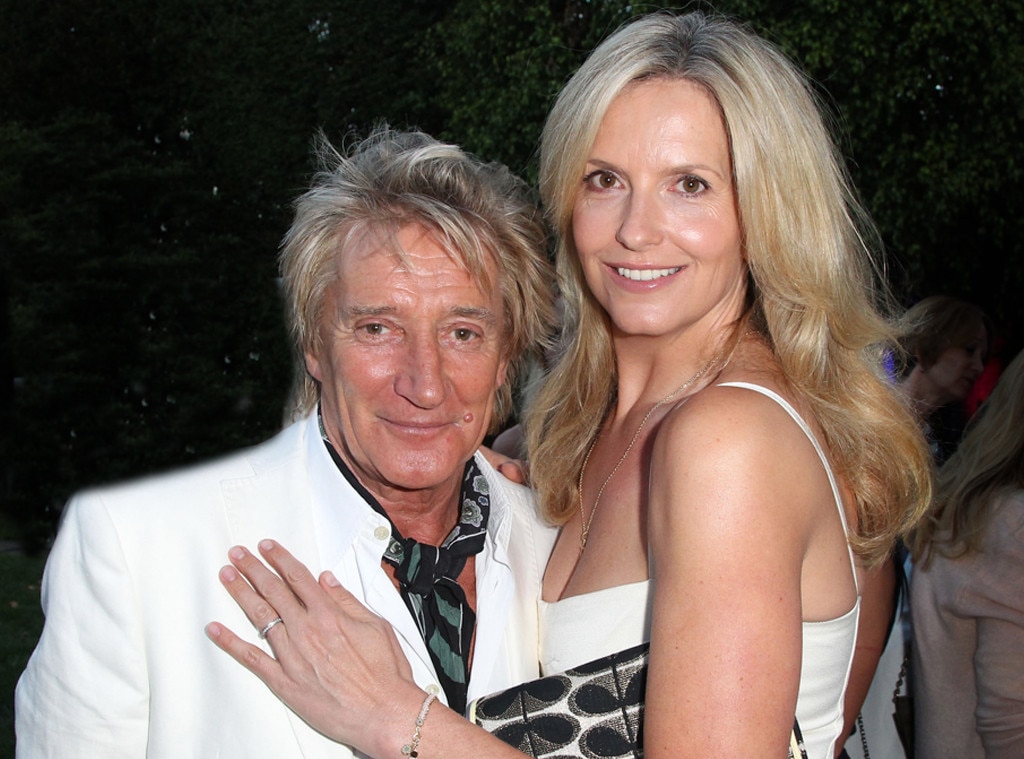 The 72-year-old veteran crooner and his third wife recently renewed their wedding vows in front of family and friends at their home in Essex, England and exclusive photos of their ceremony were taken for and published in HELLO! magazine Sunday.

Rod and Penny, 46, were paid a fee for the pics and donated the money to the victims of the Grenfell fire. More than 80 people were killed when a blaze destroyed a London tower block of apartments in June in what marked the worst building fire in the city in years.

In addition, in lieu of gifts, guests of Stewart and Lancaster’s wedding were asked to donate to the Grenfell victims as well, while the singer personally quadrupled their sum, E! News has learned.

At their vow renewal, Rod and Penny were joined by their sons Alastair, 11, and Aiden, 6, as well as Rod’s daughters Kimberly, 37, and Renee, 25, and sons Sean, 36 and Liam, 22, who are working in the UK, as well as Kimberly’s daughter 5-year-old Delilah and Penny’s Cavapoo Bubbles.

The bride wore a strapless lace maxi dress, while the groom wore a white suit without a tie.

“Penny is my whole world. What a girl,” Rod told HELLO!. “Love means many things to many people but to me it’s wanting to share everything with the one you love and I love Penny more now than ever, if that is at all possible. It was a beautifully romantic thing to do. We’re not proving anything, just sharing our love with our friends and family.”