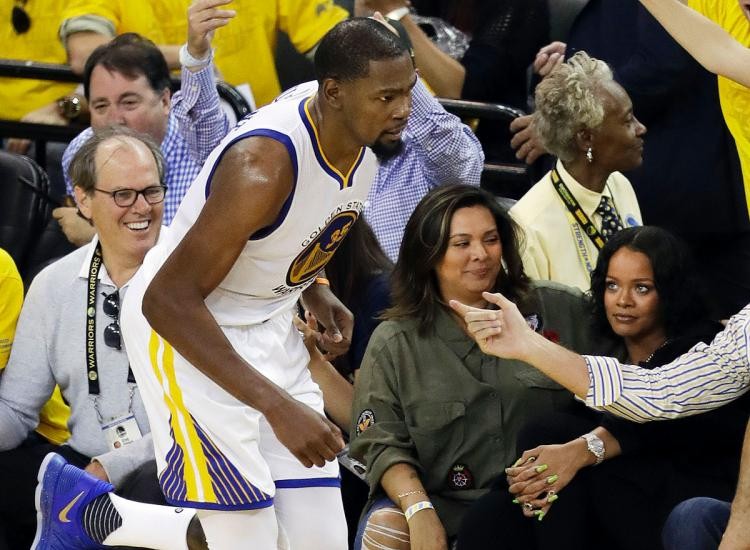 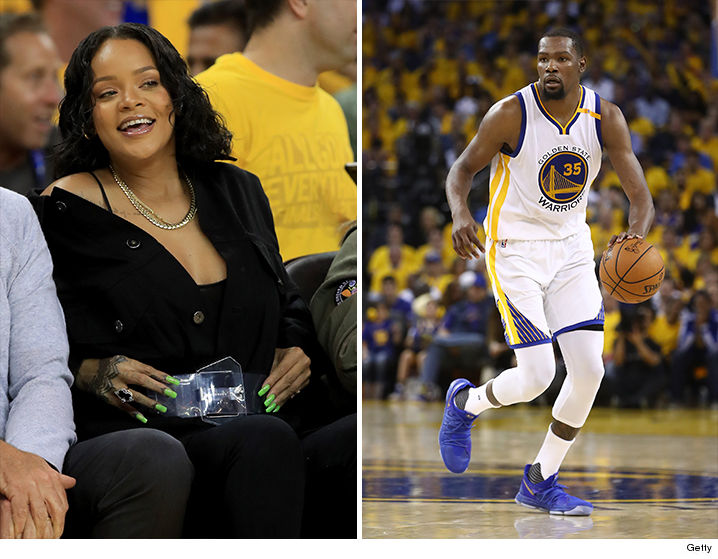 Rihanna was ON FIRE during Game 1 of the NBA Finals — allegedly heckling Kevin Durant, bowing to LeBron James … and talking trash to haters on the way out of the arena.

FYI, RiRi is a HUUUUGE Bron fan — and can be seen bowing to #23 while sitting in her courtside seats at game 1 on Thursday night. She later dabbed at someone who reportedly told her to sit down.

Amazing.
Rihanna bows to LeBron then hits a dab and small waves a Warriors fan telling her to sit down.
? pic.twitter.com/q0IyIPIbGK

But the craziest part of the game was when Rihanna seemed to have screamed “BRICK” at KD during a free throw. He made the shot and stared in her direction as if to say, “Got something to say now?”

KD was asked about the incident in a post-game presser — but insisted he didn’t remember throwing the eye-daggers in Rihanna’s direction.

After the game, Rihanna snapped back to a Cavs/Bron hater — “It doesn’t matter bitch. The King is still the King.”