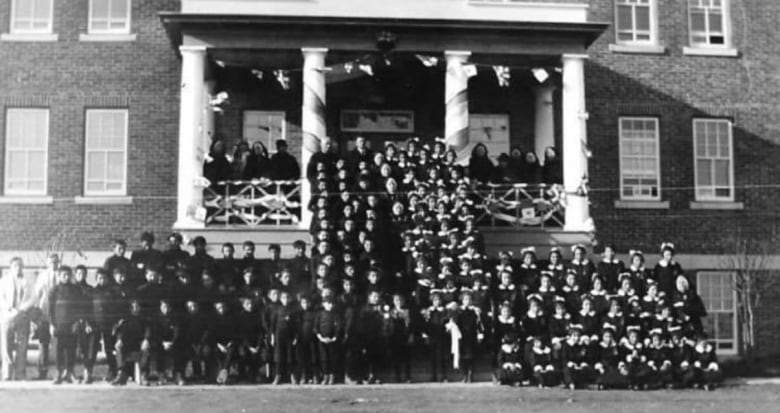 They’ll welcome an apology, but say that’s not nearly enough to atone for the generations of physical, sexual, emotional and cultural abuse suffered in Canada’s residential schools, most of them run by the Catholic Church.

They hope Francis’s visit will lead to compensation, full disclosure of records and promises to renounce a 500-year-old Doctrine of Discovery long used by the church to justify its subjugation and colonization of Indigenous people.

No timeline, locations or other details on the visit announced Wednesday by the Vatican have been released.

The announcement follows the discovery of hundreds of unmarked burial sites near residential schools at the Tk’emlúps te Secwépemc First Nation in British Columbia, the Cowessess First Nation in Saskatchewan and elsewhere.

It also follows a CBC News investigation which raised questions about all three elements of the Catholic Church’s claims of compensation.

Catholic bishops recently issued an apology and pledged to restart their failed fundraising campaign with a goal of $30 million.

Gardippi is a member of the Beardy’s and Okemasis’ Cree Nation in central Saskatchewan. He’s also part of the Saskatoon Survivors’ Circle, a peer network that visits schools and other institutions.

Gardippi spoke Wednesday afternoon with the CBC’s Jason Warick. The interview has been edited for length and clarity.

Warick: You’re a survivor. What would you like to say about that experience?

My experience at residential school was not the best. I was there for eight years.

I always remember the first day that the priest picked me up at my home community. I didn’t know who the priest was. I got picked up by this priest and was taken away to to the residential school.

I didn’t understand English at all. All we talked was Cree at home. The first day that I was in school, I got a severe strapping from from the nun because I couldn’t understand what she was talking about. So it wasn’t the best.

I experienced a lot of loneliness and pain. And I just didn’t understand the what they were trying to do to us.

Given that experience, how do you feel about the news Pope Francis will be coming to Canada?

It’s good news for survivors like myself because we’ve been asking for him to come to us, to see us survivors and to come and talk to us, and to apologize to us. But not only apologize to us — to work with us, to restore a lot of the damage that the Catholic Church has done.

I was such a beaten-down kid at school. I had to go to the old people to restore me back to health.

Today it’s a different story. I know all about myself and our rich tradition of being a First Nation.

It sounds like you’re looking for much more than an apology.

It was a great, great mistake that they made. And mistakes, you can fix mistakes, right? He’s got to have that commitment.

All of those promises not kept by the church — they use really great lawyers to get them out of their responsibilities. Let’s be truthful. Help us rebuild.

I would love to see that day where he sits down with us in our lodge and prays with us.