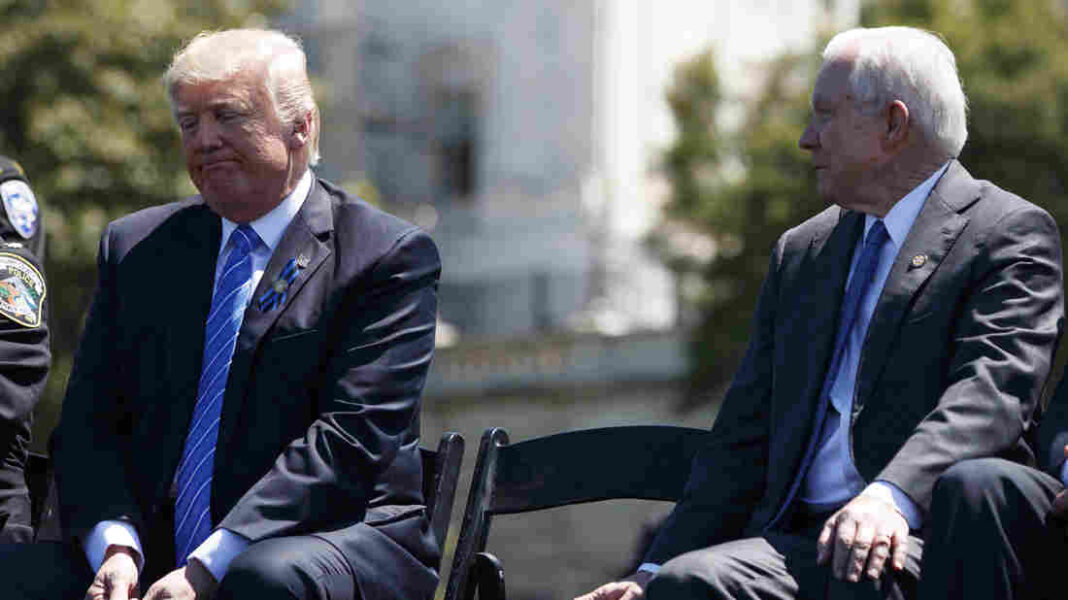 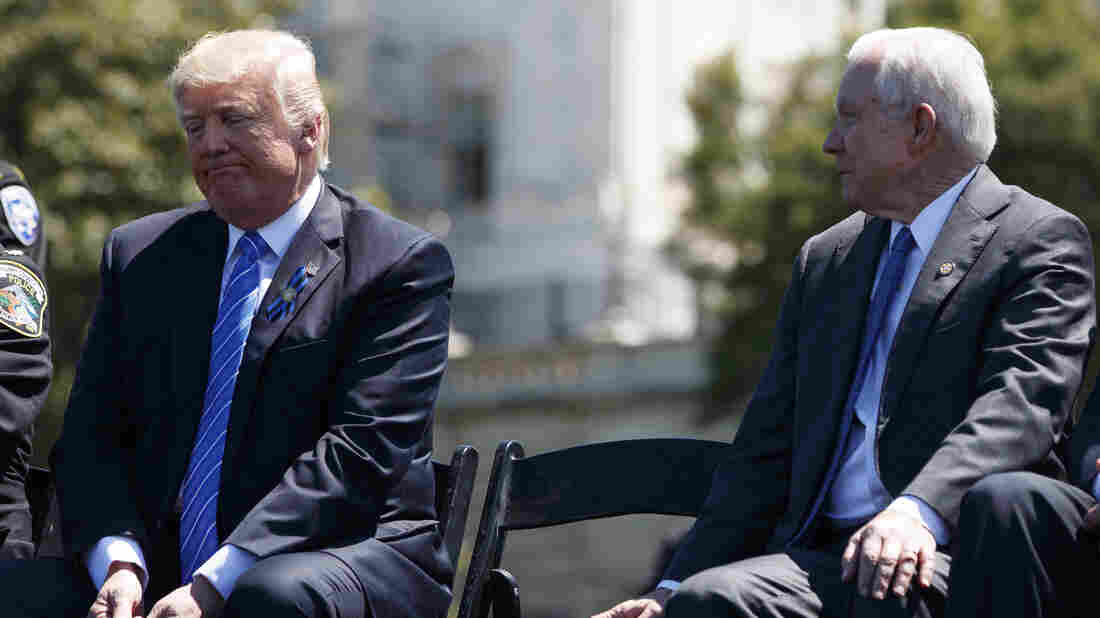 U.S. Attorney General Jeff Sessions “at one point recently” offered to resign because his relationship with President Trump had grown so tense, according to reports from ABC News and a number of other news outlets.

A Justice Department spokeswoman declined to comment to NPR’s Carrie Johnson on the reports, which NPR has not confirmed. White House officials have not responded to requests for comment.

At a briefing with reporters earlier today, White House Press Secretary Sean Spicer declined to say whether the president has confidence in the attorney general. Spicer said, “I have not had a discussion with him (Trump) about that.”

Sessions was among Trump’s earliest and most ardent supporters during the presidential campaign — a loyalty that Trump rewarded by nominating the long-time Alabama senator to be his chief law enforcement officer.

But in March, Sessions decided to recuse himself from any investigations into possible Russian involvement in the 2016 elections, after it was disclosed that he had met twice with the Russian ambassador to the U.S. last year. Sessions said he was acting in his capacity as a senator in those meetings and not as a Trump campaign surrogate, but nevertheless concluded he should not be involved in any investigation having to do with the campaign.

Then-FBI Director James Comey later disclosed publicly that the FBI was investigating Russian meddling in the 2016 campaign, and whether members of the Trump campaign colluded with Russia on that effort. Sessions’ recusal meant that the deputy attorney general would oversee the FBI investigation. Later, in May, after Trump had fired Comey as FBI director, deputy attorney general Rod Rosenstein appointed special counsel Robert Mueller to take over the Russia investigation.

Sessions’ decision to recuse himself in March reportedly infuriated President Trump — anger that, according to ABC News, The New York Times and others, has not yet subsided.