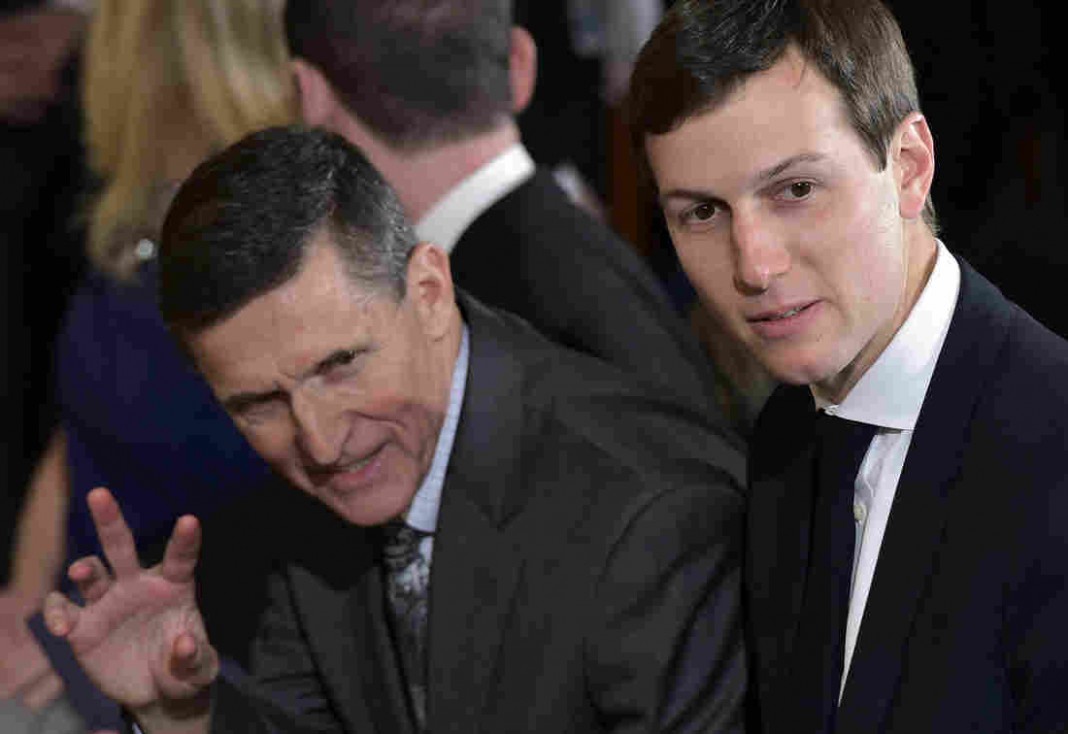 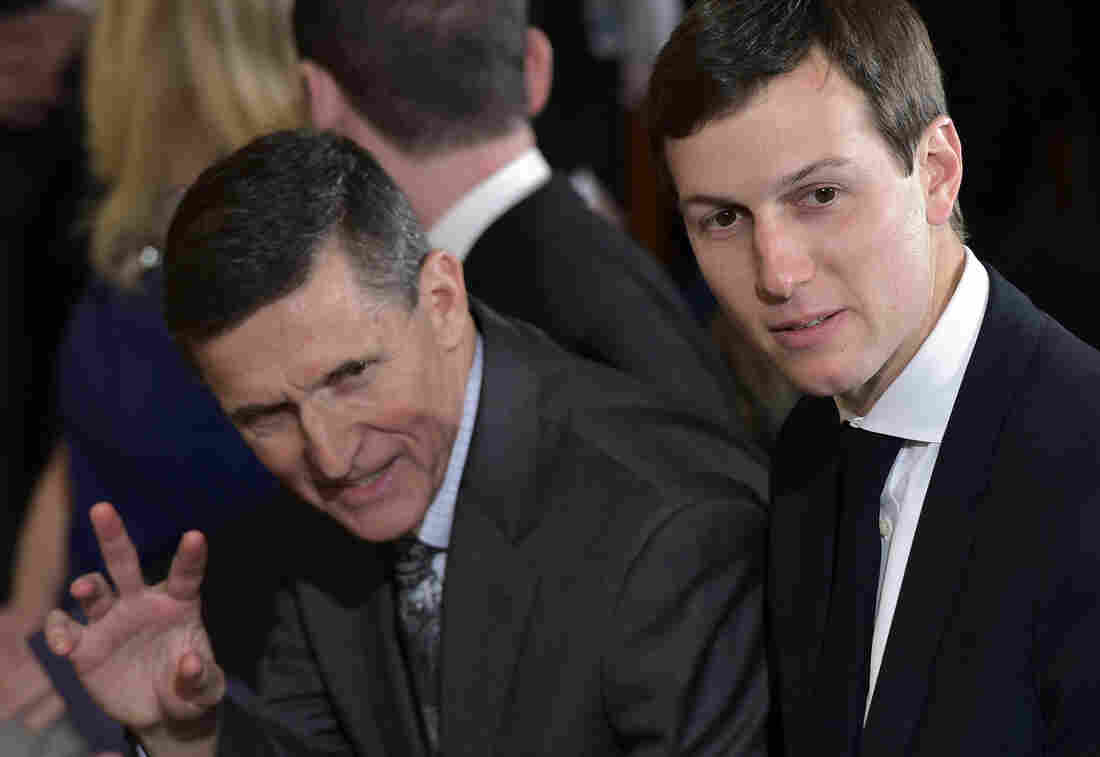 Jared Kushner discussed the possibility of Trump’s transition team secretly communicating with the Kremlin, the Washington Post reports. Kushner, the president’s son-in-law and adviser, spoke with Russian Ambassador to the U.S. Sergey Kislyak in early December of last year about setting up a “secure communications channel … using Russian diplomatic facilities” in the U.S., according to the report.

Intercepts of Russian communications reportedly found that Kislyak told his superiors about the conversation. The Post cites “U.S. officials briefed on intelligence reports.” NPR has not independently confirmed the Post’s report.

Then-Trump national security adviser Michael Flynn was also in the meeting, the Post says. After Trump took office, Flynn was forced to resign from the administration because of revelations that he had misrepresented his conversations with Kislyak to Vice President Pence.

The White House has previously disclosed that the meeting between Kushner, Flynn and Kislyak had occurred. Friday’s report reveals one of the things they discussed: the possibility of a direct and secret line of communication.

Post reporter Greg Miller, who shared a byline with two other reporters on the story, tells NPR establishing such a channel “would be pretty extraordinary.”

“I really don’t know of an instance in history where an incoming administration is trying to set up a private channel of communication with Moscow,” Miller says.

Miller reports that even Russians were concerned about the security risks of such an arrangement.

“For Russia, it’s extremely important that their officials here are able to talk with … the government in Moscow beyond U.S. surveillance — out of reach of U.S. surveillance,” he says. “So bringing an American in to use that phone line would be pretty remarkable.”

The FBI reportedly considers the conversations of investigative interest.

“It’s easy to see why the FBI would be intrigued by this,” Miller says.

The White House declined to comment, Miller says, adding, “That’s not for lack of trying” on the part of the Washington Post.

The CIA concluded in December that Russia had attempted to interfere in the U.S. election with the intention of aiding Trump. Since then, there have been multiple congressional committee investigations launched as well as an FBI investigation into Russian election meddling and possible ties between Trump campaign associates and Russia. Since the firing of FBI Director James Comey, a special counsel has been tapped to lead the FBI probe and the various congressional committees are continuing their work.