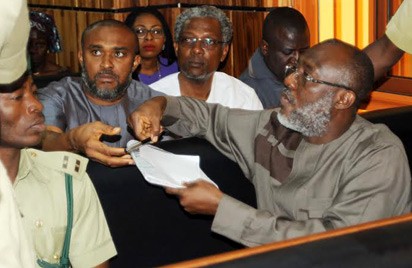 A former National Publicity Secretary of the Peoples Democratic Party, Chief Olisa Metuh, has criticised the House of Representatives for throwing out the South-East Development Commission bill.

Metuh said this in a statement on Sunday.

The ex-PDP spokesman said the rejection of the bill was a wrong signal for the people of the South-East who are protesting marginalisation.

He said, “The rejection of the bill for the establishment of the South East Development Commission by the House of Representatives does not demonstrate the desired spirit of national accommodation and sensitivity towards the people and problems of the South East Zone.”

Metuh, however, commended the South-East caucus of the House as well as other members from other geo-political zones that supported the bill.

He said they should not be discouraged as the rejection was a temporary setback which would be overcome in the future.

Metuh added, “The South-East caucus of the National Assembly must, however, be commended for bringing the issues of the needs of the region to the front burner. It is also heart-warming to note that a good number of lawmakers from other geo-political zones supported the bill.

“This is a laudable act, showing that other regions are beginning to appreciate the issues related to the developmental predicaments of the South-East.

“The current momentary hitch in the bid to establish a South-East Development Commission therefore must not be seen as the end of the road, or a badge of defeat. It should become a rallying stimulus for all men of good conscience across our nation to strive towards re-strategising appropriately in order to redress the shameful neglect of the zone.”

The former PDP spokesman said the effect of the neglect of the South-East was the resultant massive infrastructural decay under successive administrations since 1970 which he described as a national embarrassment that has lasted long enough.

Metuh said the bill, when properly reintroduced, must get the National Assembly and indeed the entire nation to pause and reconsider the terrible situation Nigerians in South-East region have faced for nearly 40 years.

He added, “Every impartial observer would without hesitation, agree that the establishment of the South East Development Commission is the least the region deserves at this time in our national life. It will serve as the beginning of a responsive accommodation to help assuage the sensibilities of a people who believe they are completely deprived of government presence and patronage.”