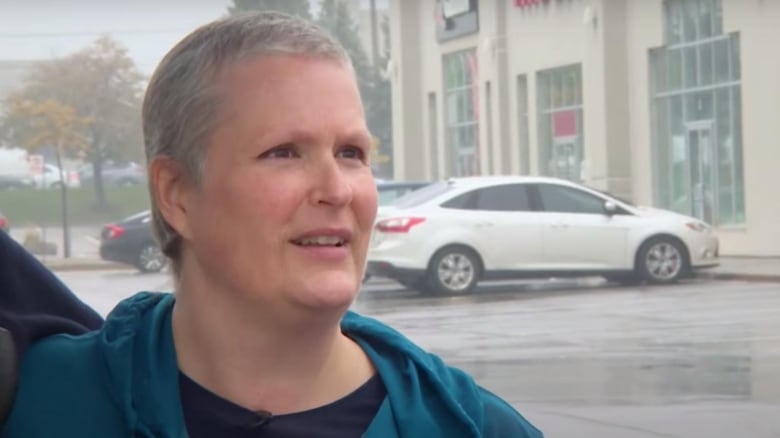 Canadian retail giant Reitmans Ltd. will remove from its stores all remaining inventory made at a factory in China suspected of using North Korean forced labour, according to a press release from the company.

The release was posted on its corporate website and Facebook pages on the evening of Nov. 5,  just as a CBC Marketplace episode that featured the linen jacket aired.

“The story outlined by CBC has brought new information to light,” read the post. The longer press release on the company’s website emphasized that its previous audits of the factory had not found evidence of “any guest workers or forced labour.”

The Canadian women’s fashion retailer says it will pull not only the jacket identified by Marketplace but also three other Penningtons styles and two Reitmans styles that were also sourced from Dandong Huayang Textiles and Garment Co. Ltd., a Chinese factory on the border of North Korea. Reitmans says it will donate the clothing to local charities.

Some comments on Reitmans’ and Penningtons’ Facebook posts praise the company for taking action, while others are more critical.

Stephanie Rook, a 48-year-old school teacher who regularly shops at Reitmans, told Marketplace before the story aired that she was “disappointed” the retailer had decided to keep selling clothing from older stocks even after it was made aware of the allegations. She says she has mixed feelings about the actions that are now being taken by the company.

“I’m happy that they’re not just trashing the clothes that they have taken off the shelves, but my mixed reaction is: Why did it take for [Marketplace] to bring this story to light for Reitmans to realize what was actually going on?” she said in an interview with CBC. “To me that’s the disappointing part.”

Reitmans — which operates 413 stores across Canada, including Reitmans, Penningtons and RW&CO — had told Marketplace it stopped submitting new orders with the factory last December when allegations arose that the factory may be using North Korean workers in forced-labour conditions — although an audit came back with no red flags.

Reitmans continued to receive clothes that were already in production, and it was selling those clothes on store shelves up until the day the Marketplace broadcast aired on Nov. 5.

Anika Kozlowski, an assistant professor of fashion, design, ethics and sustainability at Toronto’s Ryerson University, says she thinks companies can take more of an active role in putting pressure on factories to act ethically.

“Codes of conduct and audits don’t work…. We keep having the same problems over and over again,” she said.

“If you knew you were doing everything right and you wanted to actually ensure this, you would have been concerned right from the get-go,” Kozlowski said. “It’s only when someone points a finger at you … that all of a sudden we get these reactionary measures.”

Ideally, she says, retailers would own their own factories and source their clothes from Canada, but she adds that more transparency from companies would “definitely help.”

Sen. Julie Miville-Dechêne has been trying for years to get transparency legislation passed in Canada that would require companies to monitor their supply chains and report on their findings.

She says the fact that Reitmans was aware of allegations about this factory for so long but waited until its brand was named in a news story to take action shows how a transparency law could make a difference.

“I think they could have done it before, considering that they were alerted,” she said, but acknowledged that it’s “better late than never.”