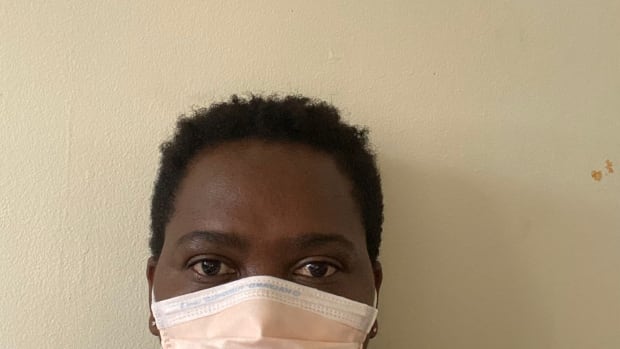 After filling in the gaps for personal support workers by working with agencies in Hamilton during the worst of the pandemic, Jane, a failed refugee claimant from Uganda fleeing oppression for her sexual orientation, was eager to learn about the federal government’s new pathway to permanent residence for healthcare workers.

The program was introduced in April to keep skilled workers in Canada, part of a broader goal of accepting 401,000 new permanent residents this year.

But out of 20,000 spaces designated for healthcare workers, only 5,466 people had applied as of Oct. 21. Migrant rights advocates say that’s because the parameters of the program are too restrictive, and there are many more immigrant healthcare workers who would love to apply but don’t qualify.

Jane, who identifies as a lesbian, came here in 2017, fleeing a homophobic and abusive relationship and a family that had disowned her due to her sexual orientation. In her home country, the law prohibits sex acts “against the order of nature,” punishable by imprisonment, and many LGBTQ+ people remain closeted out of fear of social and physical reprisal.

She made a refugee claim in Canada but was denied, leaving her to work and live without official immigration status.

Throughout the pandemic, Jane worked as an in-home personal support worker in the Hamilton area, and caught COVID-19 on the job.

“Very many PSWs were exposed to COVID,” Jane, who didn’t want her last name published because she fears deportation, told CBC Hamilton this week.

“I really risked my life going ahead to help another person. I’ve always loved to serve the community.”

When she heard of the temporary resident to permanent resident pathway, with 20,000 spots designated for healthcare workers, she was elated, but her hopes dissolved when she learned it wasn’t open to undocumented people or refugee claimants.

“It’s just so sad,” said Jane, who can no longer apply for new work now that her SIN number has expired, but feels she also can’t return to Uganda. She is currently living with friends in Ontario, but has left Hamilton.

“I wish they would call one-on-one and hear our views [and] reconsider, as long as you worked and helped someone during the pandemic… I have prayed each day that maybe I would be reconsidered.”

The temporary resident to permanent resident pathway has spaces for a total of 90,000 people with “work experience in Canada in an essential occupation or the health or health services field,” or those who recently graduated from a Canadian post-secondary institution. While there are an unlimited number of spaces available for French-speaking applicants, the program limits for English-speakers have been exceeded for both recent graduates and essential workers outside the healthcare field.

Alexander Cohen, press secretary with Immigration, Refugees and Citizenship Canada (IRCC), told CBC Hamilton the program is “the most inclusive and innovative programs ever launched by IRCC. Its size, speed and scope are unprecedented.”

However, the program is set to expire Nov. 5 with more than 14,000 empty spaces in the healthcare section.

The comparatively low number of applications from healthcare workers show the criteria needs to be expanded, says the Migrant Workers Alliance for Change, which held an online press conference Wednesday to push for the change.

They say the language requirements eliminate people who aren’t able to take a language tests, as well as the many undocumented workers without a pathway to residency or citizenship. As it stands now, to qualify you must already have a temporary work or study permit.

The government launched a separate but similar program last year, nicknamed the Guardian Angel program, for healthcare workers who are also refugee claimants.

Cohen, with the IRCC, said “this ground-breaking initiative offers a unique pathway for undocumented asylum seekers who’ve contributed so much to Canada’s fight against the pandemic in our hospitals and long-term care homes.”

Both programs are a change in approach for Canada, he said. “These bold initiatives represent a paradigm shift in our immigration system – one that is more inclusive than ever before.”

Applications for the Guardian Angel program ended on Aug. 31, however, leaving those like Jane now without options, unless the other program changes criteria.

Further, his organization would like to see all barriers to status removed, and is pushing for “full and permanent immigration status for all immediately and in the future, as the only mechanism to ensure equality.”

Karen Cocq, campaigns coordinator with the alliance, said Jane did not apply for the Guardian Angels program. “It is not clear she would have qualified. As we argued at the time, the criteria for that program was extremely exclusive, and it closed in August, so it’s baffling that the government is now still lauding a program that no longer exists as a response to our demand that they let these workers apply for a program that is still open but unused.”

Sarah Wayland, senior project manager with the Hamilton Immigration Partnership Council, says expanding the eligibility for the permanent residence pathway to undocumented workers would help the government reach its own targets, but would also be an “unprecedented” move.

She says the federal government’s 2021 target of 401,000 new permanent residents is one of the highest it has set, and it plans to increase that target by 10,000 for each of the next two years. One of the best ways to meet those goals is to draw from immigrants already within the country, she says, noting that increasingly, new immigrants are arriving here as temporary residents, then seeking pathways to permanence.

“People are coming here under a temporary status as an international student or temporary worker, and once they establish a base here and have Canadian experience, they are able to apply through a patchwork of programs to be able to stay in Canada and get permanent residency,” Wayland told CBC Hamilton on Thursday.

She believes a program like the temporary resident to permanent resident pathway is a move in the right direction, as it gives opportunities to people who want to work essential jobs, often in service, as opposed to giving residency to people with advanced degrees and then expecting them to work outside their expertise.

“It seems a better fit,” she said, adding, “there is a lot of room for opening up immigration to allow for more streams of essential workers.”