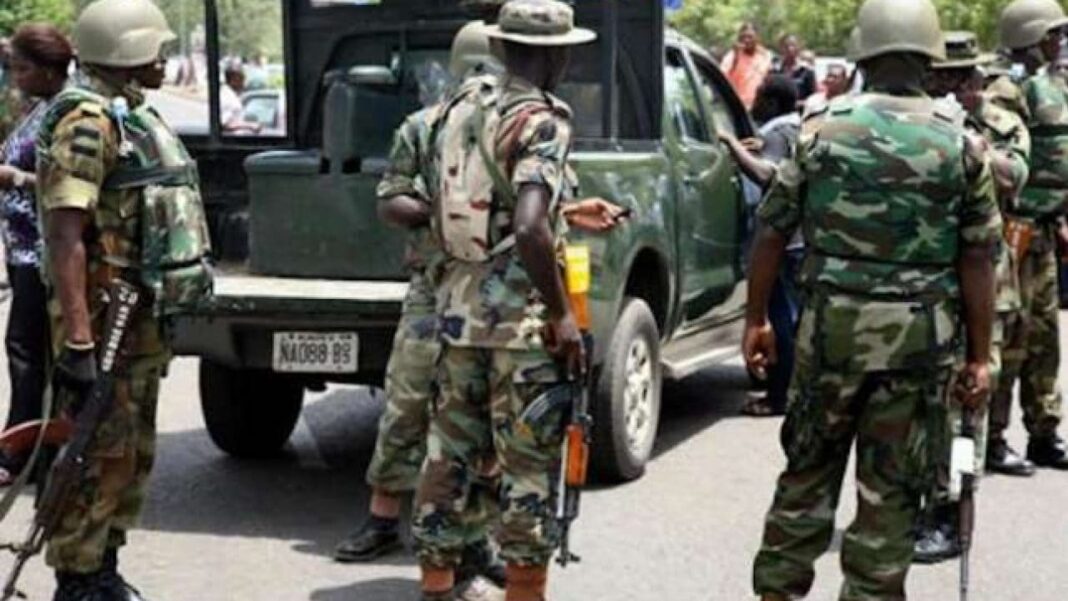 The Director, Manpower Planning of the Nigerian Army Headquarters, Maj. Gen. IM Jallo, on Monday lamented apathy among Delta State youths towards getting recruited into the army.

Maj Gen Jallo, said he was in the state to “educate” and “enlighten” the teeming youths on the prospects available in serving the nation through the NA.

Jallo was flanked by the Commader, 63 Brigade, Brig. Gen. MLD Saraso, said the purpose of their visit to the state was to confer and interact with the political leadership and various stakeholders in order to fashion out workable ways to encourage more youths to enlist into the Nigerian Army.

He later handed over some packs of flyers and other sensitization materials to the Delta Secretary to the Delta State Government, Mr. Patrick Ukah, who received the Army’s representatives on behalf of Governor Igeanyi Okowa, for onward distribution to the 25 local government areas in the state.

Present at the meeting at the SSG’s Conference Room were Commissioners, Permanent Secretaries and some Directors from the Delta State Government.