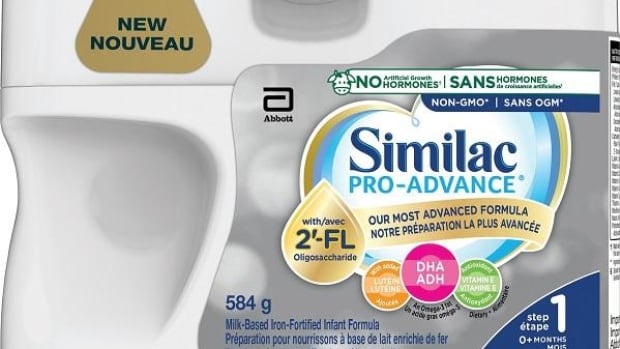 Several Abbott brand powdered infant formula products are being recalled due to possible contamination by Cronobacter sakazakii and salmonella bacterium.

The Canadian Food Inspection Agency says the products were sold across the country, all with the same expiration date of April 1, 2022.

The list of affected products can be found here.

Anyone who has them should throw them out or return them to the place of purchase.

The Cronobacter sakazakii bacterium can, in rare cases, cause serious, and even fatal infections. It has been associated with severe intestinal infection and blood poisoning, especially in newborns.

Salmonella poisoning typically results in short-term symptoms such as fever, headache, vomiting, nausea, abdominal cramps and diarrhea. But in rare cases, it too can be deadly.

The CFIA says there have been no reported illnesses in Canada associated with the consumption of the Abbott products; however, some illnesses have been reported in the U.S.