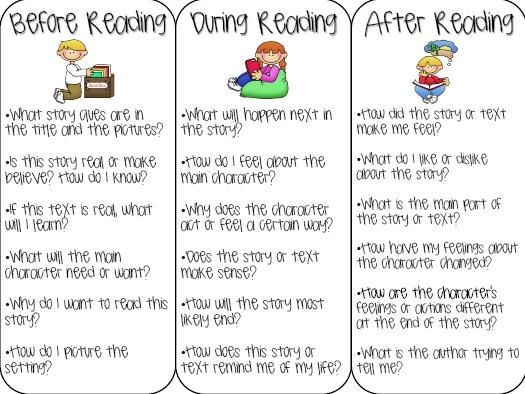 What do you do if your husband just isn’t “equipped” to satisfy you physically?

Every Monday I like to post a reader question and take a stab at answering it, and I’m excited to turn the page this week on childhood sexual abuse, which we talked about all last week, and get back to the nitty gritty of sex (which I really do prefer to talk about!). It’s important to talk about these difficult and controversial things, but it’s exhausting.

So back to sex. Although, to be honest, this question isn’t that easy to answer, either! A woman writes:

After nearly 20 years of trying to remain enthusiastic having sex with a husband whom I find unattractive in weight, and beer belly, and whose penis is significantly below average in size, I can’t say the problem is my libido or enthusiasm about sex. I have prayed to no avail, even willing to die to the desire to even want to have an orgasm. I did Kegel exercises in the early part of our marriage to be able to tighten my vagina. I was able to feel him better after a few months, but his size just does nothing to actually physically stimulate me. He is otherwise an attractive man, wonderful human being, and I find those things sexy and appealing, but at some point I have to wonder if sex is ever going to be anything more than a sense that I essentially have to rub hard against him to masturbate in order to achieve half an orgasm.

Okay, that’s a serious problem. And I’m glad she asked. I want this to be a place where we can ask the “real” stuff that we can’t ask elsewhere.

Here’s why: When the belly is large, it’s very difficult to achieve full penetration in most positions, because the belly blocks it. I wrote about it, along with some suggestions, in this post:

If he were to lose some weight, you could likely get more creative and some of the problem would disappear (or at least diminish, if you don’t mind the double entendre).

Honestly, we need to get real about weight problems. I think we’re so afraid of “fat shaming” people that we’re almost scared to say these days that “being severely overweight is not attractive and is not a good thing to do.” And even in marriage, sometimes we have to speak up. It’s not healthy for him to be that overweight. Having a beer belly is associated with all sorts of health problems, including erectile dysfunction, heart problems, breast cancer, and even metabolic issues (where it becomes even harder to lose weight).

My husband and I recently got FitBits, and they really do challenge you to get your steps in. My brother-in-law is an accountant, and he manages to get like 15,000 steps in a day. He just paces in his office all day rather than sits down now. He finds it a real motivator. And he’s lost a significant amount of weight in a short period of time.

If your husband’s body is impeding your sex life, I think it’s okay to say that. “It’s hard for me to get as much pleasure from sex as I otherwise should because of your size. Can we change our lifestyle so that we can help you lose weight and help me stay healthy?”

When your husband’s penis is too small: try different positions

If your husband isn’t that well-endowed, you also want to make sure that you make the most of what you’ve got–in other words, making sure you achieve full penetration.

The missionary position is one of the worst for this, because in general your bodies come into contact with one another and stop movement before full penetration is reached.

Try with you on top, because that often feels fuller and there’s nothing hindering penetration.

You can also try where he is kneeling or standing. In general, you’ll find that positions where you’re at right angles with one another (like woman on top or him standing) will work better than any position where you’re parallel to one another.

The best thing is just to experiment! I love the Sock Monkey Kama Sutra for that. It’s a book of sex positions using sock puppets, and it’s awesome because it’s hard to find something to recommend that doesn’t involve some sort of pornographic pictures of actual people. But these are sock puppets. And the “kama sutra” stuff really isn’t emphasized that much. It’s not eastern religions; it really is just positions. So I’d work your way through the book until you find ones with more penetration possibilities!

Other Tips for Sex When His Penis is Small

Anything that you can do to increase friction or penetration will tend to help increase feeling. So, by definition, things that reduce friction are likely a bad idea. If you can, ditch the lubricant. If you’re too “slippery”, you run the risk of not feeling much of anything at all.

And, as this reader already mentioned, do Kegel exercises as much as possible, and then squeeze while he’s inside you. That really does help!

What About Sex Toys to Help You Out?

Okay, this is one that I’ve been seriously thinking about it for a while now. I’m not a big fan of sex toys in general. I think that they can be a shortcut to something that can end up diminishing sex in the long run. Research has shown that what creates mind-blowing orgasms, and what makes sex so intense, is not necessarily just physical stimulation but instead feeling really emotionally and spiritually vulnerable with your spouse. Sex is more than physical, and when we emphasize the physical above all else, we can make it difficult to achieve real intimacy.

But that being said, I’ve been chatting with other Christian sex bloggers (like J from Hot, Holy and Humorous) who feel very similarly to me about how some couples just need some help.

And I do think that there is a difference between sex toys that are masturbatory in nature, when you’re having basically parallel sexual encounters, and “marital aids”, as they used to call them, when they can actually help with intercourse. (Penis rings, for instance, can help guys who suffer from erectile dysfunction stay “hard” for longer, and that can definitely be useful).

So I’m hoping to write a post soon on marital aids that may be worth buying in some situations. We also have the issue where you don’t necessarily want to support a sex toy company that sells really weird stuff, and so where do you even buy them? So let me think about that and I hope to have a good answer soon.

As Always: Get Really Good at Foreplay

Honestly, if he’s on the small side, then maybe what he can do is get really, really good at oral sex. There’s likely nothing wrong with his mouth or fingers! And there are other ways to bring you to orgasm.

The problem is that this requires communication. You need to be able to open up and say:

“I’d really like to try this, because I think it would make me feel really good.”

That can be a less awkward conversation if you were to say, “I’d like to try this. What would you like to try?” So there’s more of a back and forth.

I do hope that helps, and I’m going to think about that marital aid post and try to find a good place to recommend. And please do read the post about the husband with the big belly, because that will also answer a lot of questions.

But for now, let’s talk in the comments: any tips for feeling “fuller” when you’re making love? (I’m really curious to see how many will actually comment! ? )

Marriage isn’t supposed to be blah!

Sex is supposed to be stupendous–physically, emotionally, AND spiritually.If it’s not, get The Good Girl’s Guide to Great Sex–and find out what you’ve been missing.