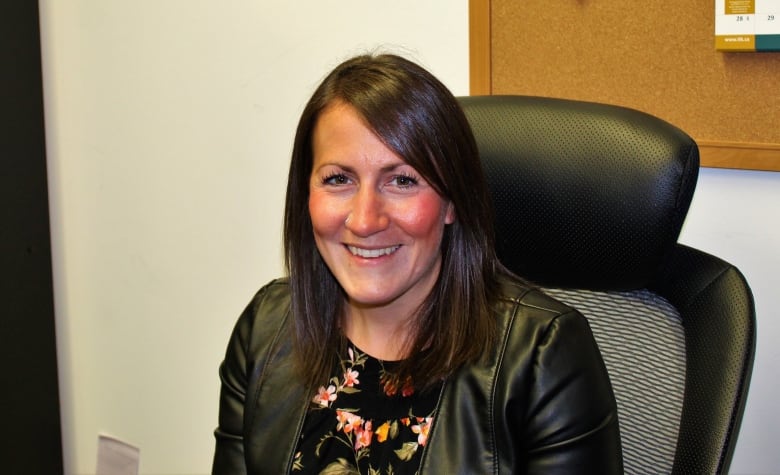 This is part two of a three-part CBC North series, The Small Abused. The series looks into reporting, prevention and support services available to children in Nunavut who are victims of abuse. Read part one here.

Nunavut RCMP Const. Erin Power says she doesn’t know how the territory’s police force went so long without a dedicated unit focusing on the abuse and exploitation of children and youth.

Power has been in the territory now for a year, and she works as part of a specialized investigation team on child-related crimes.

“It’s a lot to handle. Just the sheer number of calls that we receive each week, each month, for assistance in other communities is definitely significant,” says Power, who has a background in social work and experience working with child protection in Labrador.

The child investigation unit opened in August of 2019.

“Now that our unit is here, I can’t imagine it not being here. There’s not a minute in any day that we aren’t doing something,” Power said.

In Nunavut, it is reported that children experience rates of abuse that are 10 times higher than children in the rest of Canada, according to a report by the territory’s first child and youth advocacy centre, the Umingmak Child and Youth Support Centre.

That centre opened last year. But it only serves Iqaluit, unless children are brought in from other communities for medical reasons. Power said her unit receives daily calls and questions from police detachments in Nunavut’s other 24 communities, or requests for in-person visits to take statements from children that will be used to lay charges.

But the RCMP isn’t tracking the number of children it encounters that are being abused. Power said it would be a huge undertaking to collect that information because the abuse is policed daily.

According to the territory’s Department of Justice, there were 420 charges laid in 2019-20 for an offence against a child or youth.

The Department of Child and Family Services only began tracking calls related to abuse this spring.

The department doesn’t track the number of child-abuse-related convictions. And the public prosecution office says its system is administrative and isn’t built to compile numbers of charges or convictions related to the abuse of minors.

Nunavut’s Justice minister, Jeannie Ehaloak, says that as of August, there are 209 sex offenders living in the territory convicted for crimes against minors.

The figure is less than half of a previous number reported by the department last year.

In an email, the department explained that the RCMP recently updated the National Sex Offenders Registry “and removed anyone who had moved away from Nunavut or had passed away since they had been added to the registry.”

Only one person living in Nunavut is registered as a high-risk offender under the Tougher Penalties for Child Predators Act, the department said.

Only a fraction of actual abuse is reported. So nobody knows how drastic the situation is.– Iqaluit-Manirajak MLA Adam Arreak Lightstone

Cases managed through the child investigation unit range from neglect to physical and sexual abuse cases against minors, the mistreatment of children with disabilities, as well as child pornography and trafficking.

“We’re not policing every sexual file in this territory because we just would never be able to because it’s a daily thing,” Power said, speaking of her own three-person team.

Daily policing will still fall on officers stationed in each community, she said.

“We have to take into account that only a fraction of actual abuse is reported. So nobody knows how drastic the situation is,” said Iqaluit-Manirajaq MLA, Adam Arreak Lightstone, who has raised his concern in the Legislative Assembly on many occasions since being elected in 2017.

“I believe there’s a silent epidemic going on and has been going on for years. Innocent children are being victimized.”

In the legislature last week, Nunavut Premier Joe Savikataaq assured Arreak Lightstone that both the Justice and Child and Family Services departments were responsible for keeping this information. He said numbers aren’t everything and that working with children comes first.

“Yes, it would be nice to know a number, but we have those numbers, we have two departments that deal with the numbers,” Savikataak said.

But Arreak Lightstone doesn’t agree. He found data doesn’t exist in a way that is easily accessible because reported abuses seen by departments like Health, Justice and Family Services aren’t being measured regularly, or tracked by community.

When a dangerous offender is released from jail, families and any victims are notified, but communities aren’t, so parents and schools don’t know who is at high risk to re-offend, Arreak Lightstone said.

Justice Minister Ehaloak has said in the legislature that releasing the number of sex offenders in each community is a privacy concern that can put victims at risk.

But Arreak Lightstone said other regions in Canada announce the release of dangerous sex offenders. He said Nunavut is protecting perpetrators.

Arreak Lightstone wants to see more safe spaces for children, and therapy for both victims and offenders.

When the COVID-19 pandemic hit Canada and schools and workplaces closed, Nunavut RCMP were concerned families wouldn’t have the tools they needed to keep children safe.

The Department of Family Services said calls to social services didn’t increase during the spring, but Power said child-related calls to RCMP were going up.

“Most cases of child abuse are not reported to police, doctors, teachers or social workers,” the RCMP said in one of a series of public service announcements from April and May.

Police said under-reporting happens for a number of reasons. Sometimes children are too young to talk or can’t explain if something happened to them, they were threatened not to tell, feel ashamed or think the abuse is their fault.

“In the majority of child sexual and physical abuse cases, the offender is known to the child,” the release said. “This includes parents, extended family or trusted family friends.”

After an abuse, it’s a misconception that a child will be interviewed by police immediately, says Sarah Clarke, executive director of the Arctic Children and Youth Foundation.

“You have to do a lot of preliminary work before you interview a child,” Clarke said. “We call it interviewing or investigating around the child. You don’t ask them unless you have a pretty good idea that the abuse actually happened because going through an interview can be quite stressful.”

As a central and child-friendly space for social services, health professionals and law enforcement, the Umingmak Centre has been well used this year by the RCMP, said Power. In a smaller community, these interviews primarily happen at the police detachment.

“Child forensic interviewing is being able to interview a child to build rapport, build trust. To teach them how to tell a story and not lead them into any path or rabbit holes,” Power said. “You don’t ever put words in their mouth.”

RCMP say some behavioural changes or signs a child is in distress from abuse could be:

Nunavut Youth who need to talk can call the Kamatsiaqtut Nunavut Helpline at 1-800-265-3333 and visit http://nunavuthelpline.ca.

To report an abuse in your community, contact the RCMP or a community social service worker.