Lawyer for Gerald Stanley, who was acquitted in death of Colten Boushie, suing former firm over departure 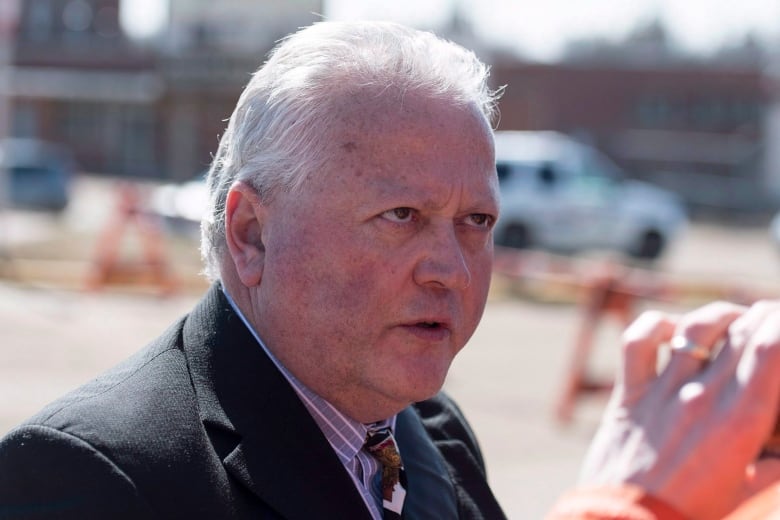 The lawyer for Gerald Stanley — the Biggar, Sask., area farmer acquitted in the shooting death of Colten Boushie in 2018 — is alleging he was forced out of a prominent Saskatoon law firm after a “social media firestorm” around a proposed book on Stanley.

Scott Spencer made the allegations in an eight-page statement of claim against law firm Robertson Stromberg filed at Court of Queen’s Bench in Saskatoon.

The claim alleges that the partners wanted to “scapegoat Spencer and the junior lawyer [who worked at the firm] with a view to protecting the firm’s reputation.” Spencer is seeking general and specific damages.

None of the allegations have been tested in court.

Shaunt Partev, a lawyer representing Robertson Stromberg, said in an interview Tuesday that the firm will contest the allegations. He said the partners dispute Spencer’s narrative of what led to his departure in 2018 from Robertson Stromberg.

Partev said that as far as he and the firm are concerned, Spencer’s claim is really about what he was paid upon leaving the firm.

The application disputes Spencer’s claim on four grounds. It says the claim “discloses no reasonable cause of action,” “is scandalous, frivolous or vexatious,” “is immaterial, redundant or unnecessarily lengthy” and “is otherwise an abuse of process of the court.”

In February 2018, a Battleford, Sask., jury found Stanley, 56, not guilty of second-degree murder in the death of Boushie. The 22-year-old was shot and killed after he and four others from the Red Pheasant Cree Nation drove onto Stanley’s rural property near Biggar in August 2016.

Spencer’s statement of claim alleges that Stanley approached Robertson Stromberg after the trial for assistance in finding an author “to set the record straight” concerning media coverage of the trial.

“Spencer was exhausted and had no experience with anything of that nature so it was agreed that a junior lawyer would make some inquiries to see what options might be available to the firm client,” the claim said.

One of the publishers contacted released a statement saying that it had been approached to tell the story and it refused to consider doing so, adding that no other publisher should either.

This public letter triggered an outcry on social media and turmoil within the firm, the claim said. Based on social media posts, some associates were embarrassed to be part of the law firm.

“The firm would never throw a partner ‘under the bus’ and it was generally accepted that the firm would wait out the social media storm,” the claim said.

This changed when Robertson Stromberg came under sustained criticism for its association with Stanley and hired a media consultant, the statement of claim says.

“The consultant recommended that Robertson Stromberg initiate contact with the media to distance itself from Spencer and the junior lawyer who had initiated the contact which led to the public letter,” the claim said. A subsequent email to media “contained several false statements crafted by the media consultant to scapegoat Spencer and the junior lawyer, with a view to protecting the firm’s reputation.”

No action was taken against the junior lawyer who had sent the original letter to publishers, but Spencer was eventually forced out of the law firm, the claim said. He left at the end of May 2018 and continues to practise in Saskatoon.

According to the statement of claim, Spencer and Robertson Stromberg were unable to agree on appropriate compensation.

It further alleges that, after Spencer was forced out, Robertson Stromberg went back and approached Stanley.

The firm offered to represent Stanley should he move forward with the book, assisting with drawing up contracts, giving advice on licensing, pre-vetting material for defamation and helping with agreements, options and contracts.

The combination of these actions “demonstrates a degree of high-handed bad faith that justifies an award of general damages,” the claim said.