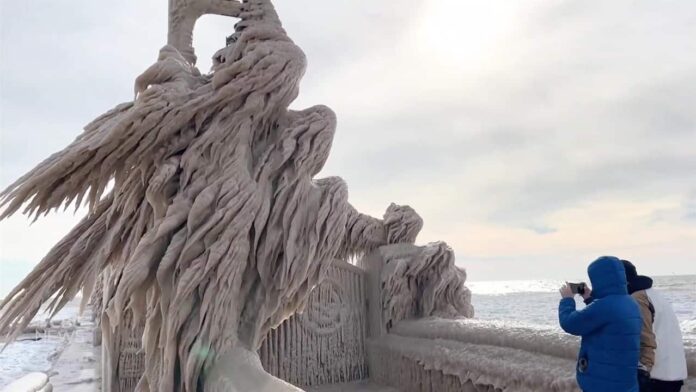 Hundreds of people have been travelling to the Ontario community of Port Stanley, on the shores of Lake Erie, to view a rare and icy byproduct of the winter storm that hit the region over the weekend.

The storm’s high winds and below-freezing temperatures transformed the Port Stanley pier into an ice sculpture display that is drawing comparisons to medieval and literary imagery.

Helen Spangenberg has lived in Port Stanley — 41 kilometres south of London, Ont. — for many years and said the ice formations are the most incredible thing she’s seen while living in the town.

“It looks like something from Lord of the Rings. It’s totally unreal,” she said. “It’s amazing to see so many people here. Normally Port Stanley is very quiet in the winter, so it’s nice to have the tourists come back for a visit.”

Photographer Nicole McCullough saw pictures of the ice formations on social media and decided to take a road trip with her family from Strathroy to see it in person.

“To me it looks like either spirits or aliens just sculpted out of the ice going down the pier, so that’s what I wanted to capture, it’s just so magical looking and very unique,” she said.

At first glance, Ben Gilbert thought the images he saw online had been photoshopped, so he travelled from London to see them for himself, and said he could hardly believe his eyes.

Gilbert had to wait in a long line to get photos of the ice sculptures, but said it was worth it. 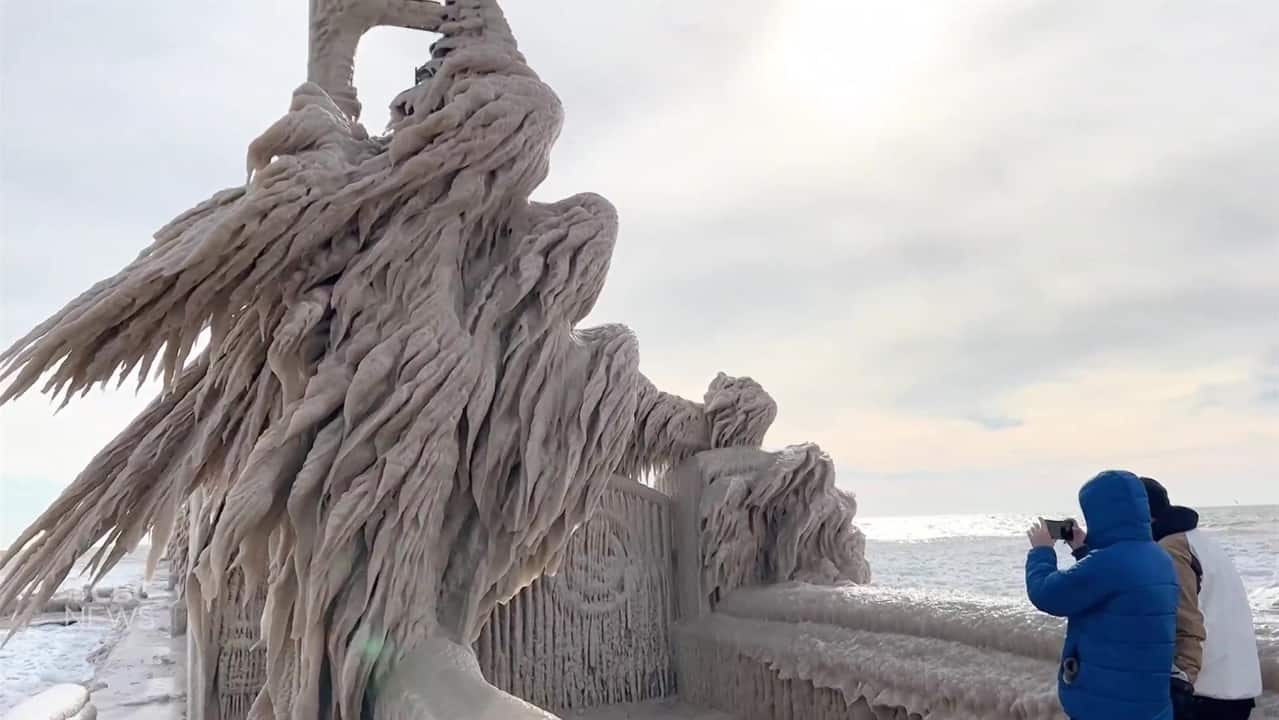 A winter storm left massive ice-swept scultures along the Port Stanley pier. Visitors from across the region have have stopped by the Lake Erie town to see the sight.

“It’s breathtaking what Mother Nature does, how she does things. And it’s just one of those things you have to see in person for yourself,” he said. “Van Gogh couldn’t have done something like that.

“When you have 90- to 100-kilometre winds blowing on open water, those winds are going in a certain direction one way and when push comes to shove and those waters smack up and over, it’s quite the sight.”

The ice formations won’t be around much longer with warmer temperatures already arriving in the region.