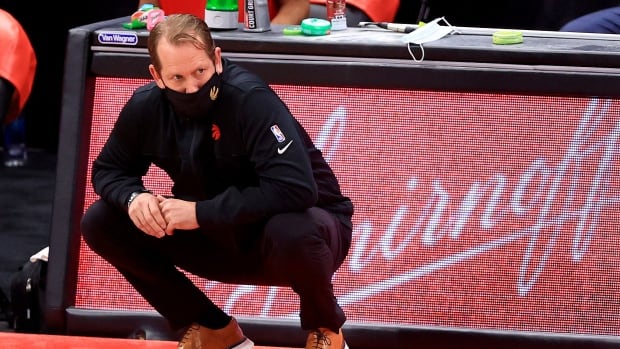 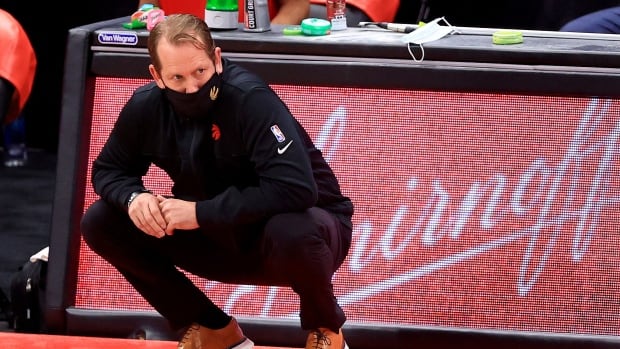 Assistant coach Sergio Scariolo took charge of the Toronto Raptors on Friday night with head coach Nick Nurse and five other members of his staff sidelined because of COVID-19 health and safety protocols.

Star forward Pascal Siakam also sat out the game against the visiting Houston Rockets due to the same protocols, according to the league’s injury report. Toronto GM Bobby Webster said it wasn’t clear at this stage if Siakam’s situation was linked to the coaches.

“We’ll see what tomorrow brings us,” he said before the game. “We’re all diligently getting tested and awaiting the results every day.”

Scariolo came out of quarantine earlier Friday after a trip overseas to coach in Spain. He had been in a FIBA bubble there and then passed the NBA protocols upon his return.

The 59-year-old Italian, who joined the Raptors in July 2018, has more than 30 years of coaching experience.

Webster, citing privacy issues, declined to identify the people affected or say whether they tested positive for COVID-19 or whether the tests were inconclusive.

He said all the players in action and those on the sidelines for the game had tested negative Friday. The team is tested twice each morning, with those with negative tests allowed to proceed.

“Once the negative tests came back this afternoon, I think that gave the NBA the comfort that at least for today we’re clear,” he said when asked if the league had considered postponing the game.

The team said the coaches will not be on the bench beginning with Friday night’s game against the visiting Houston Rockets but “will continue to work remotely, and details on their return will be communicated when appropriate.”

Webster said contact between Nurse and the bench during the game was not allowed under NBA rules.

The Toronto coaching staff was already shorthanded given Chris Finch left the team earlier this week to become head coach of the Minnesota Timberwolves.

It’s uncertain how many games the coaching staff will miss. The Raptors host Chicago on Sunday.

Webster said one option, if needed, would be to bring back some of the Raptors 905 coaching staff, led by head coach Patrick Mutombo, who are in Orlando with the G-League team.

Asked half-jokingly if there had been any consideration to make star guard Kyle Lowry player-coach for the night, Webster joked he didn’t know if the team had the budget to make that happen. More seriously, he said you can’t pay a player to do anything outside of his contract.

Webster said he spoke to Lowry in the morning, noting he and Fred VanVeleet are the Raptors field generals — “just trying to get it in their head as soon as possible so they could think about it [being without the coaches].”

Thursday was an off-day for the Raptors so nothing was scheduled. That prompted the team to go back and try to determine what happened to cause this situation.

“It’s tough,” Rockets coach Stephen Silas said prior to the game. “With the contact tracing and all of that, it’s a hard deal to kind of keep everybody safe and have some sort of normal life experience.

“You know, for us, it doesn’t really make much of a difference. It’s Nick Nurse’s team. They run Nick Nurse’s stuff. He’s a great coach. I respect the heck out of him. So not having him over on the side doesn’t necessarily make me feel any better because it’s his team that’s [being] coached. And it’s the players that they have that make them really good.

Silas says the Raptors are lucky to have replacement coaches to choose from.

“If that happened to me, we’d be down to our trainer or Keith Jones [Houston’s senior vice-president of basketball operation/head athletic trainer] or somebody would be coaching,” he said with a laugh.

“But for them, they have a bunch more good guys. So they’ll be fine.”

The Raptors have been lucky amid the global pandemic with no games postponed or rescheduled. Because of Canada’s border restrictions, they’re playing the season at Tampa’s Amalie Arena