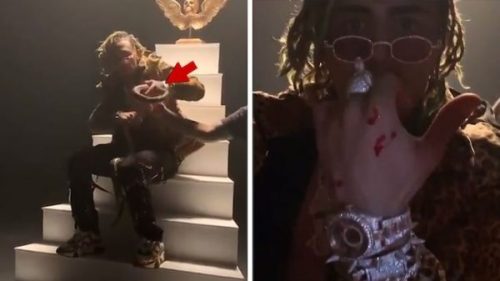 American Rapper, Lil Pump was bitten by a snake during a music video on Friday.

The rapper posted the video to Instagram that shows a snake handler giving him the serpent. “Hold him up,” Pump says nonchalantly as the reptile quickly turns toward him and bites his hand at the same time.

Lil Pump then comes back into the camera saying,

“Look at my hand, I just got bit by snake!” he says in the video

The rapper further expressed his terror in the caption writing,