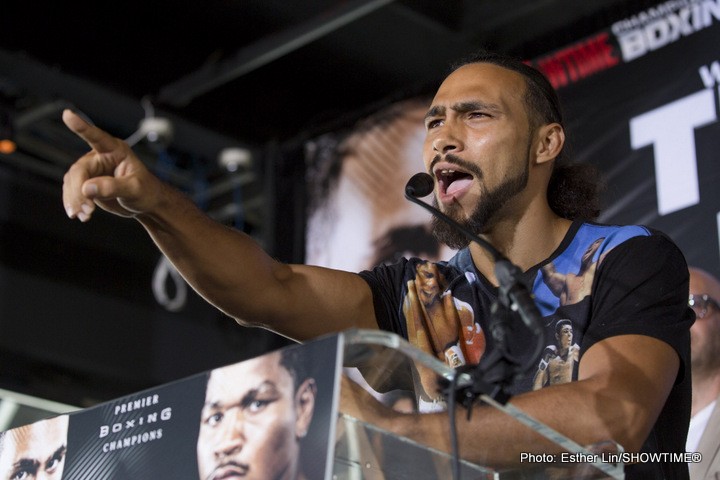 Note: Results through May 29. In an effort to provide the most up-to-date rankings, ESPN.com’s division-by-division boxing rankings will be updated every Tuesday.

WELTERWEIGHT DIVISION (UP TO 147 POUNDS)

After a brief retirement following a one-sided decision win against Timothy Bradley Jr. in April 2016, and subsequent election to the senate in the Philippines, Pacquiao returned on Nov. 5 and ran roughshod over Jessie Vargas. Pacquiao scored a second-round knockdown and won a unanimous decision against a man 10 years younger than he is to regain a welterweight world title in an excellent performance. Top Rank promoter Bob Arum tried to line Pacquiao up to defend against Jeff Horn (16-0-1) in Australia on April 22, but Pacquiao instead chased a deal for a fight in the United Arab Emirates against former junior welterweight titlist Amir Khan. But when the Khan fight went nowhere, the fight with Horn was finalized. Pacquiao will head to Horn’s hometown of Brisbane, Australia, for the title defense.
Next: July 1 vs. Horn

2. Keith Thurman (28-0)
The hard-hitting and exciting Thurman claimed a well-deserved split decision against Danny Garcia on March 4 at Barclays Center in Brooklyn, New York, to hand him his first loss and unify world titles in a heavily-anticipated match, Thurman’s second in a row televised on CBS in prime time. Thurman, however, will be out for the rest of 2017 after having surgery on his right elbow.
Next: TBA

3. Errol Spence Jr. (22-0)
Spence was the best pro prospect from the 2012 U.S. Olympic team, the 2015 ESPN.com prospect of the year and has lived up to the hype as a pro. He was sensational in both 2016 fights as he destroyed former junior welterweight titlist Chris Algieri by fifth-round knockout followed by a brutal sixth-round knockout of Italy’s Leonard Bundu in a title eliminator that set the stage for his May 27 shot at a world title against Kell Brook. Spence traveled to Brook’s hometown of Sheffield, England, and overcame a slow start to score a decisive 11th-round knockout victory when Brook, who had been dropped in the 10th round, retired because of a broken orbital bone.
Next: TBA

4. Danny Garcia (33-1)
Garcia vacated his unified junior welterweight belts and moved up to welterweight in August 2015 and mowed down faded former titlist Paulie Malignaggi in nine one-sided rounds. On Jan. 23, Garcia headlined the debut of Premier Boxing Champions on Fox in prime time and although he struggled early against Robert Guerrero, he came on strong in the second half of the fight to win a vacant belt. His return came Nov. 12 at home in Philadelphia in a horrific mismatch with Samuel Vargas in a nontitle fight. Garcia abused Vargas en route to a seventh-round knockout, paving the way to a unification fight with Keith Thurman, who won a split decision to unify world titles on March 4 in a big-time fight.
Next: TBA

5. Shawn Porter (27-2-1)
In June 2016, former titlist Porter challenged pal Keith Thurman for his belt and they put on one of the best fights of the year. It was an all-action fight that Porter lost by the closest of margins, 115-113 on all three scorecards. Porter wanted an immediate rematch but was denied and instead returned April 22, when he knocked out former two-time titlist Andre Berto in the ninth round of an eliminator to earn the rematch as one of Thurman’s mandatory challengers.
Next: TBA

6. Kell Brook (36-2)
Brook made three welterweight title defenses but against lesser opposition in Jo Jo Dan, Frankie Gavin and Kevin Bizier. When no top welterweights would face him Brook moved up two weight classes and challenged unified middleweight champion Gennady Golovkin in September. It was an exciting fight with an electric crowd in London but Brook got stopped in the fifth round when his corner threw in the towel as he was getting battered. Brook, who suffered a broken right orbital bone and had surgery, elected to return to welterweight to make a mandatory defense against Errol Spence Jr. on May 27 but suffered another stoppage loss, this time when he retired in the 11th round because of a broken left orbital bone. It could be a tough road back, but one that certainly will see him move up in weight.
Next: TBA

7. Jessie Vargas (27-2)
Vargas, a former junior welterweight titleholder, moved up in weight and challenged Timothy Bradley Jr. for a vacant belt in June 2015. Although Vargas lost a unanimous decision, he nearly knocked Bradley out in the final seconds of the fight. Vargas didn’t get the rematch he wanted but instead got a chance to face Sadam Ali on March 5 on HBO for the belt Bradley vacated and he made the most of his opportunity. Vargas looked sharp in an impressive ninth-round knockout victory. He was supposed travel to England to fight Kell Brook in a unification match in September but the deal fell apart and he wound up with an even bigger fight — a high-profile defense against unretiring Manny Pacquiao on Nov. 5. Vargas gave a great effort but he was knocked down and outclassed in a decision loss.
Next: TBA

8. Lamont Peterson (35-3-1)
Peterson, a former junior welterweight titleholder, edged Felix Diaz by majority decision in a controversial result in October 2015 and then was out of the ring 16 months before returning on Feb. 18 in a strong performance against the solid David Avanesyan. Peterson won a competitive unanimous decision and a secondary world title. He looms as one of unified titleholder Keith Thurman’s mandatory challengers.
Next: TBA

9. Adrien Broner (33-2)
In his first junior welterweight title defense in April 2016, Broner was supposed to take on journeyman Ashley Theophane but the fight nearly didn’t happen because of Broner’s legal problems. Then he was stripped of the title for being overweight, but the fight went on and Broner stopped Theophane in the ninth round. Broner returned Feb. 18 and scraped by his friend Adrian Granados by split decision in a welterweight bout. Now there is talk of a possible summer showdown on Showtime with lightweight titlist Mikey Garcia (36-0), although determining the catchweight is a major issue.
Next: TBA

10. Lucas Matthysse (38-4)
Argentine slugger Matthysse, known as “The Machine,” challenged Viktor Postol for a vacant junior middleweight world title in October 2015 and was stunningly stopped in the 10th round of an upset. Matthysse suffered an eye injury and broken orbit bone that kept him sidelined until he made a triumphant return on May 6. Moving up in weight, Matthysse looked very sharp in taking apart Emanuel Taylor in a fifth-round knockout win on the Canelo Alvarez-Julio Cesar Chavez Jr. HBO PPV undercard. The victory should position Matthysse for another major fight.
Next: TBA