Rangers crash out of Europe 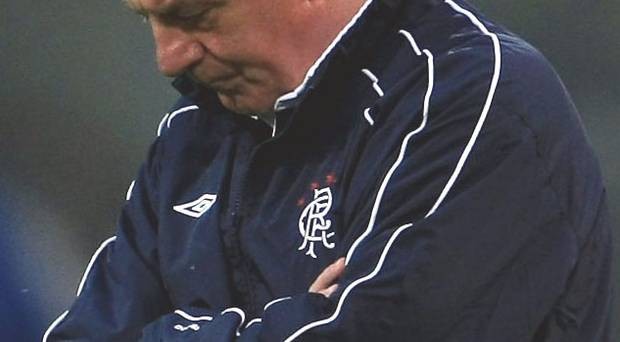 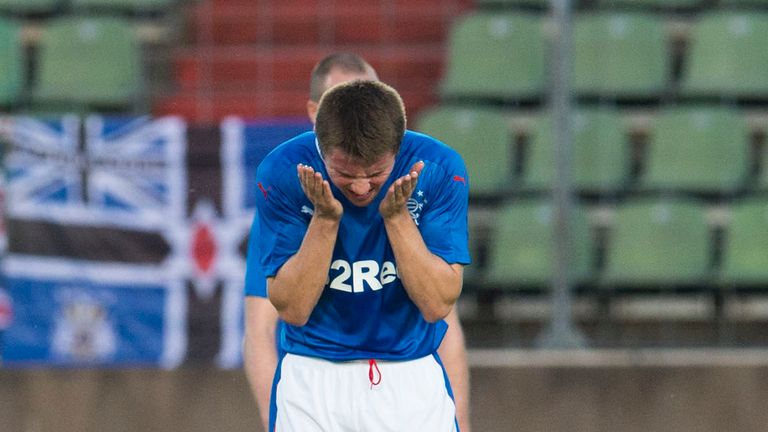 Rangers suffered humiliation as they crashed out of the Europa League following a 2-0 defeat to Luxembourg minnows Progres Niederkorn.

The Ibrox side were hoping to show they had made steps forward after last season’s troubled domestic campaign.

But instead they found themselves suffering another nightmare and a result which will go down as one of their worst ever abroad.

Not only had part-timers Niederkorn never won a match in European competition before, they had only managed one goal in 13 previous encounters.

But second-half strikes from Emmanuel Francoise and Sebastien Thill means it is they who now march on to a second-qualifying-round clash with either AEL Limassol or St Joseph’s after a 2-1 aggregate win. 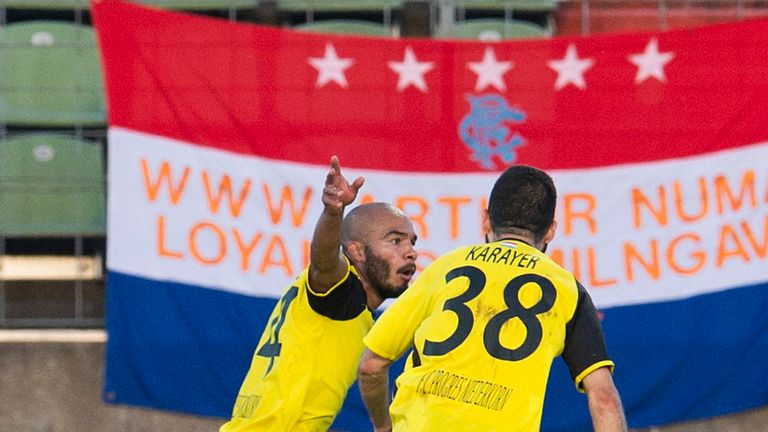 Last Thursday’s clash in Glasgow was boss Pedro Caixinha’s first chance to show off the refurbishment work he has performed on his Ibrox squad over the summer.

But the new-look Light Blues struggled on their public unveiling and had to settle for a narrow 1-0 win.

Caixinha was hoping for a more assured display as his side strolled out into the warm summer sun in the Grand Duchy and handed Daniel Candeias, Alfredo Morelos and Jordan Rossiter their first starts of the new campaign.

But he was left biting his nails once more as his team again failed to make headway.

Kenny Miller should have eased the manager’s concerns seven minutes in but saw a close-range strike palmed away by Sebastian Flauss.

The first scare of the night for Gers came when Progres playmaker Olivier Thill – brother of captain Sebastien – almost caught out Wes Foderingham with a sneaky free-kick. 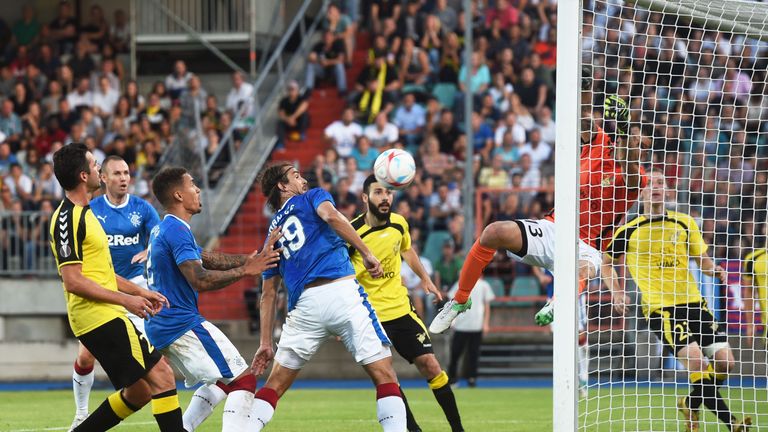 Rangers’ Niko Kranjcar (centre) headers the ball off the bar

Niko Kranjcar fired over after good work by skipper Lee Wallace but Flauss was troubled no further by the time he had to go off with a groin injury 11 minutes before the break.

His replacement Charly Schinker had just as comfortable an evening until he was forced to save from Ryan Jack’s header on 62 minutes.

In the meantime, a 25-yard strike from Oliver Thill which flew just wide and a breakaway strike from Francoise, turned away by Foderingham, reminded Gers they were far from comfortable.

James Tavernier should have eased nerves of the large travelling support as he met Lee Wallace’s cross at the back-post but thudded his header off the bar. And with that chance spurned, Progres sensed their chance to pounce. The visitors were slow clearing their lines from a corner and that allowed Oliver Thill the space to throw a low cross back into the box, where Francoise arrived in front of David Bates to fire home the equaliser after 66 minutes.

Rangers were facing up to a hugely embarrassing result but Kranjcar could not provide a spark of magic as his free-kick soared over. 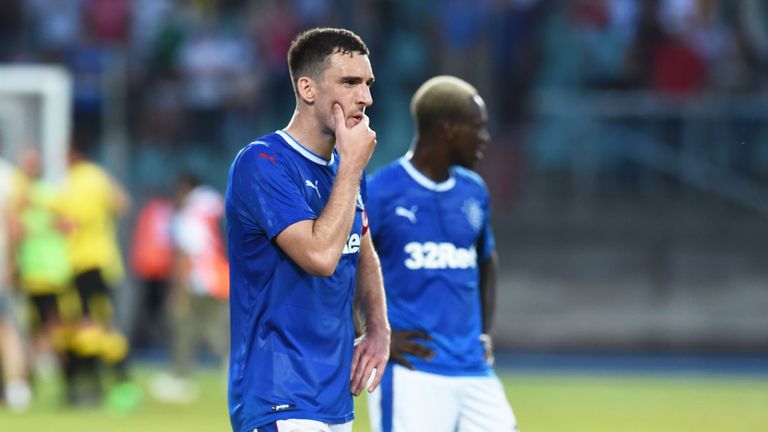 And their fate grew even bleaker when, with 14 minutes remaining, disaster struck again.

Rangers conceded a needless free-kick wide on the right and paid the price as Sebastien Thill’s set-piece was allowed to bounce through a ruck of bodies into the far corner of Foderingham’s net.

Substitute Josh Windass and Miller both struck the crossbar in the closing stages but there was to be no rescue act as Rangers slumped out.