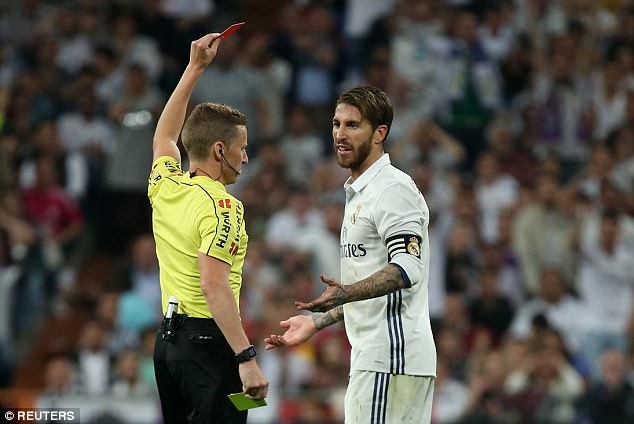 Sergio Ramos says Real Madrid are ready for their appointment with history as the Spanish club aim to become the first team for 27 years to win consecutive Champions League titles.

Not since AC Milan in 1989 and 1990 has a side conquered Europe two years in a row, but holders Real can equal that impressive feat if they defeat Juventus in Cardiff on Saturday.

Having beaten Atletico Madrid in last season’s final, Real are chasing their third Champions League victory in four years and the club’s 12th in total.

Ramos knows what it takes to succeed on the grandest stage after playing in Real’s two most recent European triumphs and the Spain defender has challenged his team-mates to embrace the historic implications of beating Juventus.

“Tomorrow we have an appointment with history,” Ramos told a press conference at the Principality Stadium on Friday.

“We never dreamed of this opportunity, but the stats are there.

“It’s a wonderful chance to take the cup home, then history speaks for itself.

“We’re extremely excited about the chance to have two successive Champions League trophies.”

Real arrive in Cardiff already on a high after winning the Spanish title for the first time in five years.

In Zinedine Zidane, Real have a manager whose pedigree at the highest level is second to none and Ramos believes that experience has been a key ingredient in their success.

A head coach for only 17 months, Zidane has had a hand in Madrid’s ninth, 10th and 11th Champions League triumphs — as a player, assistant coach and boss.

The former France star’s calm approach has been welcome at a club notorious for volatile mood swings and he has been inspiring his players by educating them about the significance of making history at such a storied club.

“Especially since Zidane came here we are very aware of the historical opportunities in front of us,” Ramos said.

“I’ve known the coach for many years. Everyone know the results he has achieved.

“This is a complicated club to have success in and we know many coaches have come and gone with our team.

“We hope he will be here for a long time because we have won many trophies.”

Madrid will complete the club’s first La Liga and Champions League double in 59 years if they take the trophy on Saturday.

Winning is etched deep into the fabric of Real’s hallowed Bernabeu stadium and their 15th appearance in the final of Europe’s elite club competition, four more than any other club, is testimony to their commitment to excellence.

Juventus are no slouches in the trophy winning stakes, but they have only two European Cup triumphs in their history and Ramos acknowledged there is something special in Real’s DNA that pushes the team beyond their limits in the pursuit of silverware.

“We have to play the final and be completely satisfied with our attitude on the pitch. That’s required at a club like this at Madrid,” he said.

“Our spirit forces us to fight until the very end. Even if it looks like there is no hope we keep playing, whether we win or not.

“It’s true we are the team that has played the most in this competition. I don’t know if that’s a concern to our rivals, but we don’t live on our past.

“This is a very important game against a strong rival and it’s a great opportunity to show we are a great team.”