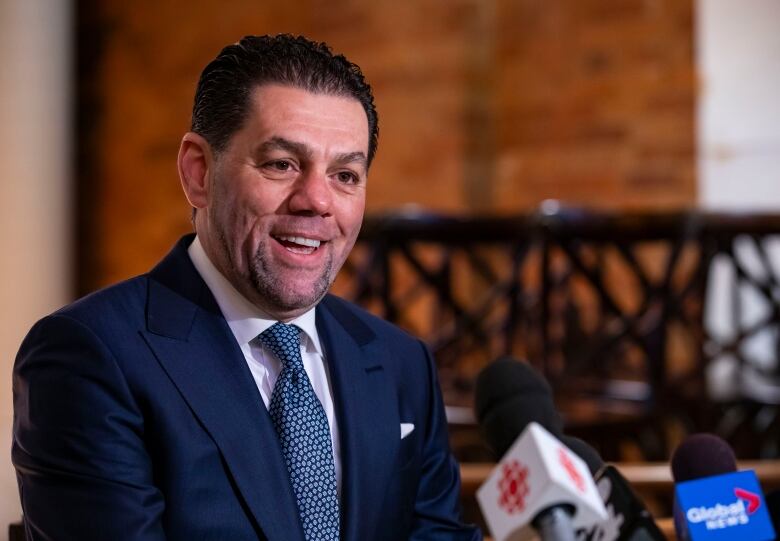 Kevin J. Johnston has been sentenced to 18 months behind bars for publicly branding Mohamad Fakih a “terrorist” and a “baby killer” after being ordered to stop defaming the Paramount Fine Foods owner two years ago.

The sentence comes after Johnston was charged earlier this year with contempt for continuing to make racist, defamatory statements about Fakih, a Toronto restaurateur and philanthropist, despite an injunction by an Ontario judge in 2019 to stop.

At the time, Ontario Superior Court Justice Jane Ferguson ordered Johnston to pay $2.5 million for defamatory comments against Fakih in a series of videos and posts on his website starting in July 2017. Ferguson said in her ruling Johnston exhibited “hate speech at its worst, targeting people solely because of their religion.”

Justice Fred Myers said Monday that Johnston was not being sentenced for his political views but for six separate acts of contempt against court. Myers sentenced Johnston to three consecutive months per act, to begin after he is legally allowed back in Ontario, starting Jan. 4, 2022.

“Mr. Johnston’s words are classic hate speech,” Myers said. “They draw on tropes to assign negative characteristics based on ugly stereotypes like branding Muslims as terrorists, for example.”

“If Mr. Johnston does not see himself appealing to a very ugly and increasingly emboldened slice of society, he’s the only one,” Myers continued.

“He says that he’s been painted as a bad person by the liberal media … If Mr. Johnston’s portrait has been painted, he supplied the paint.”

‘Sit up and take notice’

In July, Johnston was convicted of two counts of contempt for inciting his followers to defy public health measures meant to slow the spread of COVID-19. He was sentenced to 40 days in jail to be served on weekends with an Alberta judge proposing a start date of Oct. 22, four days after Calgary’s municipal election.

In Calgary, mayoral candidates who are convicted of crimes can still run for mayor as long as they don’t owe the city money and haven’t broken any election laws.

At the end of the first 15 months of his most recent sentence, Myers ordered that Johnston is to return to court so a judge can consider varying the sentence based on possible acts of contempt between now and then.

As part of his decision, Myers said he considered whether jail time might portray Johnston as a “martyr to the cause” in the eyes of his followers or play into Johnston’s claims that he is being silenced for his views.

He said he also considered the impact of Johnston’s actions on vulnerable and racialized people who might not have the resources available to Fakih.

“If the court is powerless to stop unrelenting, awful, racist attacks against a man like Mr. Fakih, how are the powerless to feel welcome or safe in Canada?” Myers asked during the online sentencing hearing.

“There is a need in this case for a sentence that makes the public sit up and take notice.”

In a statement to CBC News, one of Fakih’s lawyers, Niklas Holmberg, called Myers’s decision “an important affirmation of the rule of law in this country.”

“It confirms that all Canadians can expect to be protected by the courts and that nobody is above the law.”

Niklas also confirmed Johnston has not paid any part of the $2.5 million in damages owed to Fakih.

In his victim impact statement, Fakih wrote of Johnston, “I do not consider him a fool to be ignored … Canada is supposed to be a safe harbour against the torrents of hate that ravage other countries. I now question that.”

“It gives me optimism that our judicial system is taking hate in Canada seriously,” he said.

“My own kids, like so many others, will wake up tomorrow knowing that they can expect justice to prevail in our country, no matter the colour of their skin or a different sounding name. So it’s a good day for Canada.”