Rachel Platten Is More Than Just ‘Fight Song.’ The Pop Singer on Her ‘Brave’ New Sound 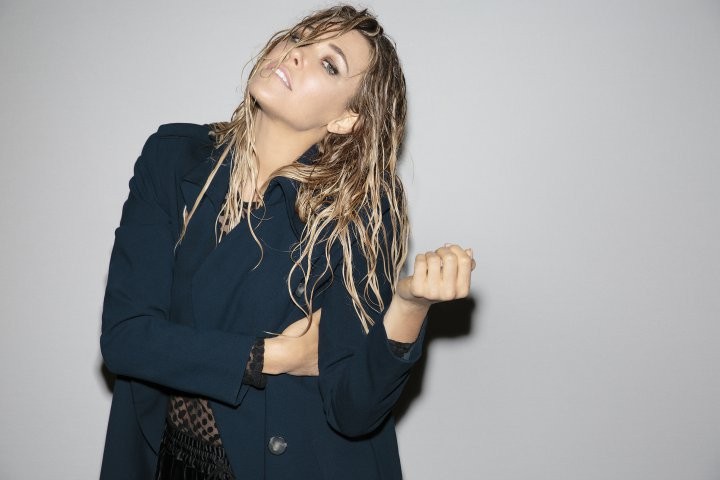 You’ve probably heard Rachel Platten’s voice before: Her empowering pop song “Fight Song” was picked up as the unofficial theme to Hillary Clinton’s ill-fated presidential campaign. But as singer-songwriter Platten — who won an Emmy for a Good Morning Americaperformance last year — tells TIME, there’s much more to her than just one big anthem.

“It’s amazing that that song had such an impact, but I’m a songwriter and an artist, and I had a career for a long time and I’m going to have a career for a long time,” Platten says. “I feel like I opened that door with ‘Fight Song’ and that’s beautiful — and there’s no way I’m going to let it close.” Her late-summer single “Broken Glass” follows in the mold of her first hit. But it’s just one note in a broader story, Platten says, one she’s been writing for a while and that will come to light in her new album Waves, out Oct. 27; second single “Perfect For You” came out Friday. “Writing is my first passion,” she explains. “It’s the way that I understand the world, it’s the way that I process what I’m seeing around me and it’s the legacy I want to leave.”

Below, she discusses her search for more emotionally resonant pop, her approach to creativity and how social media can be an artist’s downfall.

MUSIC5 Songs You Need to Listen to This Week

PLATTEN: It was a pretty inspiring year to be a woman. And also devastating. I was at the Women’s March; it was so beautiful to see women standing up for each other in a world where we’re often encouraged to compete with one another. I know I do it too: I’ll look around and get jealous of people who have things that I don’t have. I’m working on it. But I feel like this year encouraged us to recognize that when we’re standing up for each other, that’s how we’re unstoppable. That’s how we break down walls. And also I just wanted to make a song for my strong girlfriends, and the amazing line of women that I come from.

You mentioned the Women’s March. Are you part of other communities that have inspired you this year, or changed how you approach music?

I started working with an organization called I Am That Girl this year. They have these meetings that are almost like AA meetings for young women. They’re run by girls their own age, no adults in the room. You go around, and you start every meeting saying “I’m a badass because…” and everyone has to answer it. It flips this script running in your mind that is constantly telling you “I am not good enough.” And then it gets real. I went to a meeting in California, and a girl talked about a suicide attempt, another about abuse. It’s a really powerful thing to see girls supporting each other. So that community totally continued my desire to help lift up women and encourage them to stand up for themselves.

After “Fight Song,” did you consider going in a different direction with your music, or did you feel like it was a lane you needed to follow?

You know what’s funny? The rest of the record is not that lane at all. “Broken Glass” has the girl power. The other ones have tastes of it, because that is who I am sometimes. But I’m also someone who wakes up in the middle of the night fearful and needing to know that there’s answers. I’m also someone who gets jealous of people. And I’m also someone who just wants to party and bop and dance. So there are all those sides on the record.

I did want, at least with the first single, to follow what I did with “Fight Song.” I was proud to have a platform this time, because last time around I had no idea if anyone was going to care. This has been a crazy year. And honestly I’ve been excited that the past month there have been more artists releasing songs that feel like a response [to it].

In what way are you seeing artists making music that’s a “response”?

Pink’s “What About Us.” Julia Michaels. Even Kesha’s “Praying” — [they] feel emotionally rich, not just songs about clubs or dancing. Those are awesome too; they make me happy and I work out to them. But I’ve been craving a little bit more from music. I’ve been looking for that. And Kendrick’s new album; I feel like Kendrick’s done the best so far.

Do you see yourself fulfilling a certain role in pop?

I want to bring a little more consciousness and light to the industry. And a little bit more sticking up for one another and supporting one another, artists coming together to help answer some of the questions we’re all asking right now.

What’s changed the most in the industry since you started off as a songwriter?

It wasn’t such a singles market before. It was about albums. Now I don’t know that people even know necessarily the artist connected to the song. So that’s changed a lot; it’s way more about the song than about the artist.

I also think the way we have to keep up with social media as artists changes how we write and how we view ourselves. Before, you didn’t have to be so focused on how you were perceived every minute. Our Instagram feeds have become highlight reels that are sometimes a lie. It’s pretty exhausting.

Honestly, it can be at the expense of your art. This year I deleted all the social media from my phone while I was in the studio. I watched my numbers on social media drop because of it. That was scary, but I was like, that doesn’t matter. My job right now is to create the realest, most true thing that I can.

How would you describe the new album, your new sound?

I think I was a lot braver. We broke a lot of rules. My main collaborators and I felt like we were little kids in a playground with no adults around to tell us [what we] we can’t do. If Wildfire was my feelings from like 5 to 8 on the scale, this is like 1 to 10. All the way girl bop, feeling good, roll-your windows down to crying in the middle of the night, wondering what the point is.

What was the hardest part of putting together the album?