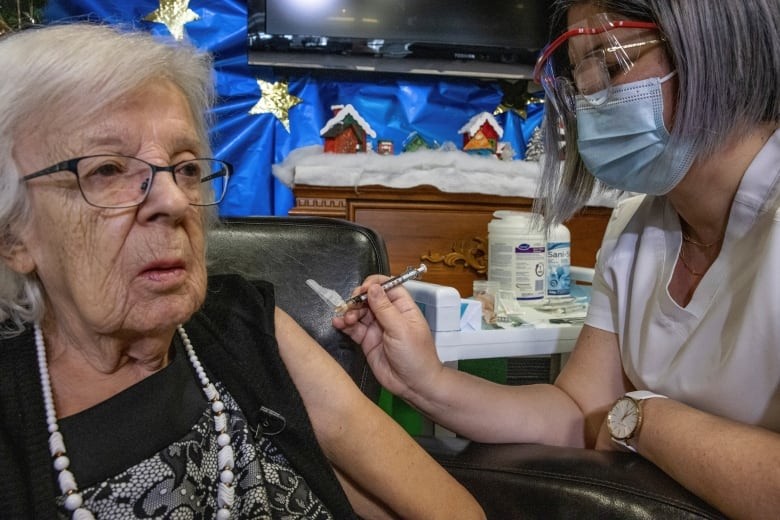 One day after the high of watching the first Quebecers receive the COVID-19 vaccine, the province hit new low on Tuesday as Premier François Legault announced he was tightening lockdown measures.

Starting Thursday, working from home will be mandatory for most office employees, at least until Jan. 11. For the two weeks after Christmas, all non-essential stores will be closed.

Elementary school students will have a week of online learning tacked on to the end of their holiday break. The province also closed bars and restaurants in the few remaining far-flung spots where they were still allowed to operate.

All this means Quebec will ring in the New Year with public health rules at their most restrictive since the full-scale lockdown that accompanied the onset of the pandemic last spring.

An optimistic interpretation is that Quebec, like much of the Western world, is entering one final, critical phase in the fight against the pandemic.

The World Health Organization estimates around 70 per cent of a population needs to be vaccinated to halt the spread of the coronavirus.

Since Monday, 900 Quebecers have received a dose of the Pfizer-BioNTech vaccine, which, if you’re counting, is 0.01 per cent of the province (and a second dose is necessary for immunity to take effect).

But the Pfizer-BioNTech vaccine is only one of several expected to be available in the coming months. Gaston De Serres, an epidemiologist at Quebec’s public health research institute, believes it’s possible the province will reach the 70 per cent mark by the end 2021, depending on supplies and people’s willingness to get the shots.

Even before that point, though, the benefits of the vaccine should be noticed on hospitalization rates and, mercifully, deaths.

At this stage, with only one vaccine approved for use in Canada, establishing timelines is very difficult. But health officials are eyeing late spring or early summer as when they’ll be able to begin vaccinating the general public.

Transmission may already be declining at that point with the onset of warmer weather and the tail end of the school year.

“When the vaccines are going to become more widely available toward May, June, July — we’re not sure exactly when — we we hope to see the disease decline from its natural flow and from the impact of vaccination,” said Caroline Quach-Thanh, who chairs the National Advisory Committee on Immunization.

At the moment, the priority for public health officials is vaccinating the staff and residents in long-term care homes, who are most vulnerable to the ravages of the disease.

In the short-term, this won’t have an immediate effect on the general population’s exposure to COVID-19.

The elderly, especially those in long-term care, have far fewer interactions with other people, compared to teachers for example. But when they are infected, they are more likely to die or require hospitalization.

“I’m optimistic that the vaccine will offer some relief to the health-care system,” said De Serres. That, he added, will make it easier for the government to lift some restrictions. 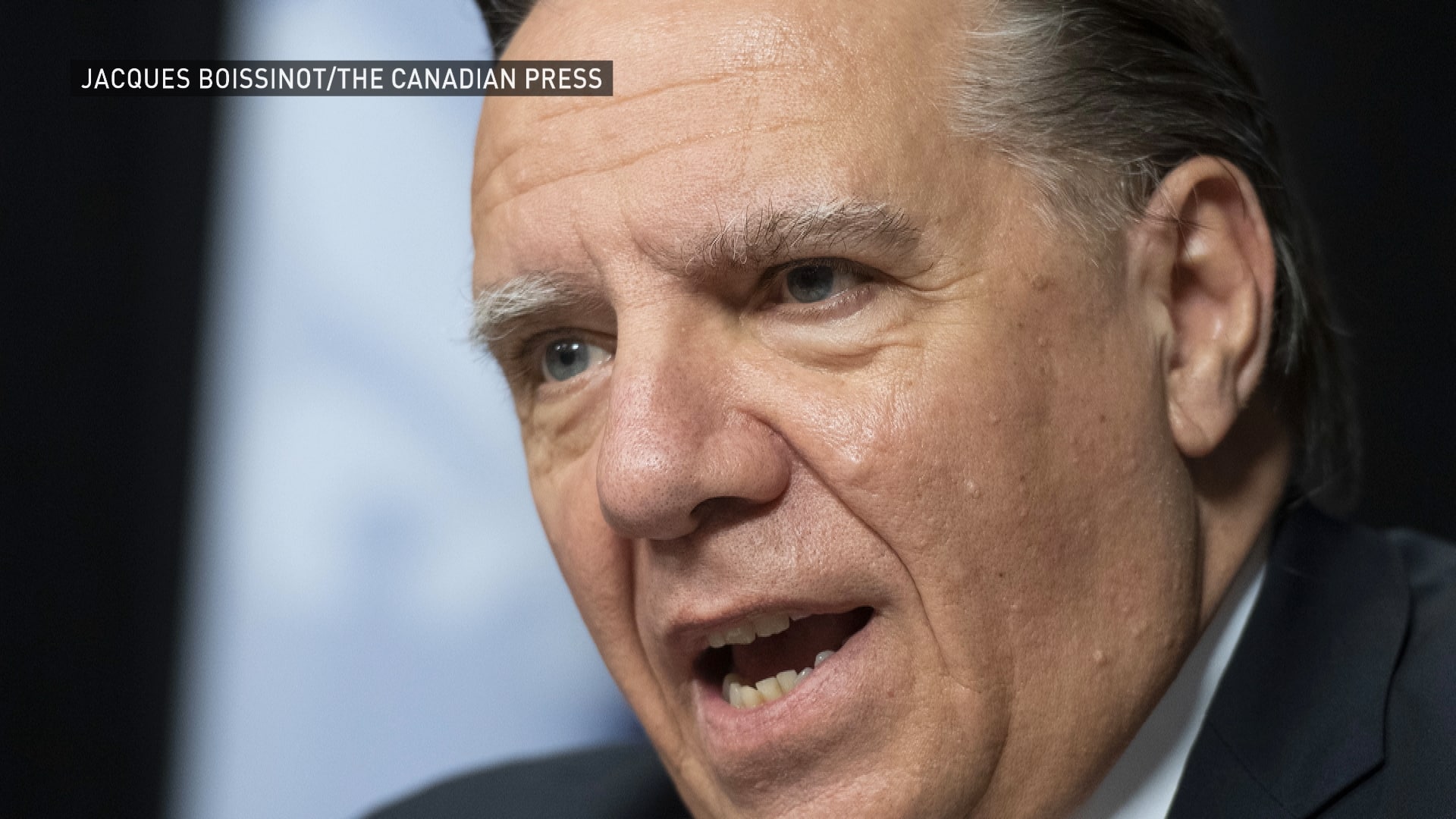 But before things get better, Quebecers, and Canadians, will be asked to shoulder yet more burdens, as Legault’s announcement on Tuesday made clear.

The province’s health-care system is once again nearing the brink of capacity in many regions. Nearly 1,000 COVID-19 patients are currently hospitalized, and more than 7,000 health-care workers are off work because of the virus.

“That’s a lot of pressure on the hospitals,” Legault said.

Schools too, he said, are in rough shape. On Monday alone, 181 classes were sent home due to outbreaks. All told, around four per cent of Quebec students have been forced to learn online.

The latest tightening of restrictions, though, falls short of the “circuit breaker” approach that health experts had been advocating for.

Like many of Legault’s public health measures, his extended Christmas break represents something of an imperfect compromise between medical advice and business interests. (Manufacturing businesses will be untouched by the news measures.)

Among epidemiologists and infectious disease experts, there is some concern the Christmas break is not long or broad enough to curb the infection rate.

“If we want to do this, we have to do it for at least four weeks and we have to lock down in a fairly hard and deep way,” said Karl Weiss, head of the infectious diseases department at Montreal’s Jewish General Hospital.

Since the first wave of the pandemic, when schools in much of the province were closed for several months, Legault has tried to limit disruptions to elementary and high-school education.

Unlike Ontario, in-class attendance was mandatory and the government delayed asking students to wear masks in class. Education specialists generally approved of the government’s strategy, but his options may be diminishing.

“Just closing retailers I don’t think will really make a large dent. For that you really have to shut down close contacts and a lot of them,” said Bernard Masse, a professor of public health at the University of Montreal.

“Unfortunately, schools are the one place we can do that where it will have a major affect.”

As the prospect of relief nears, paradoxically, the policy decisions will get harder.