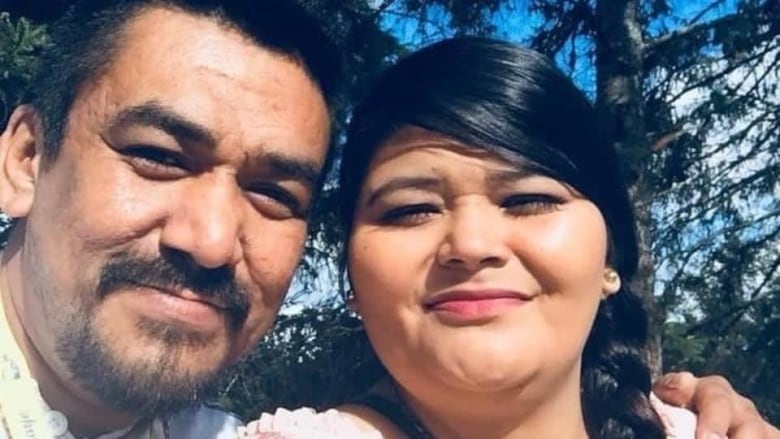 As the second anniversary of Joyce Echaquan’s death approaches this week, Indigenous health professionals say the measures taken by the Quebec government to address racism and discrimination in medical facilities have been inadequate.

Echaquan, a 37-year-old Atikamekw mother of seven, died in a Joliette, Que., hospital in 2020 after filming herself being subjected to insulting comments from staff.

Quebec’s ministry of health and social services (MSSS) developed compulsory training for all its health-care workers after a coroner’s report found racism and discrimination contributed to her death.

However, Glenda Sandy, a Naskapi-Cree nurse from Kawawachikamach, Que., says the training does little to combat racism, prejudices or harmful misconceptions in the province’s health-care system.

“This does more harm than good,” Sandy said of the training.

Originally developed for civil servants, the 90-minute online awareness training on Indigenous realities was made available by the MSSS in June 2021 with the goal to “improve access and continuity to culturally secure and relevant services for First Nations and Inuit.”

CBC News received access to the training from the MSSS. The first module on history and settlement focuses on creation stories, the fur trade, treaties, assimilation policies, the Indian Act, and residential schools.

It also delves into the Bering Strait theory — which recent studies have put into doubt — that migration to North America occurred when people walked across a land bridge from Asia thousands of years ago.

“It honestly felt like a high school history class,” said Sandy, who works as a nurse advisor in the public health department of the Nunavik Regional Board of Health and Social Services.

She described the content as cringe-worthy and superficial, noting how few Indigenous perspectives and voices were included compared to Québécois professors.

“I timed it and there was less than two minutes for the creation story and more than five for a non-Indigenous archeologist talking about the migration of people thousands and thousands of years ago,” said Sandy.

“Having non-Indigenous experts telling our story undermines and continues to put Indigenous people at an inferior level.”

The second module focuses on best practices to adopt for vocabulary and toponymy, and includes a video montage of testimonies on how to better relationships with Indigenous peoples.

It also includes factual errors in a section on how to say hello and thank you in the 11 Indigenous languages in Quebec. The training states incorrectly that “migwech” is how to say “thank you” in Inuktitut. It also uses outdated terminology like “Malecite” and “Micmac.”

Dr. Darlene Kitty, a Cree family physician from Chisasibi, Que., said she was disappointed with the way the training was done.

She wrote a letter to the board of directors of the McGill University Health Centre, expressing concern with the absence of reference to the calls to action of the Truth and Reconciliation Commission, the Viens Commission, and the national inquiry into missing and murdered Indigenous women and girls.

“I think they have good intentions, but you cannot learn all about Indigenous people in one module,” said Kitty.

“It has to be an ongoing journey and has to be more interactive. It’s not just listening to videos and seeing some slides.”

She said there are two big aspects absent from the training: cultural safety and cultural humility — principles that go beyond awareness, sensitivity, and competency by incorporating political, social and historical contexts of a culture.

Cultural humility is a self-reflective process on a relationship between Indigenous patients and a professional, she said.

The Viens Commission, which looked into the treatment of First Nations and Inuit in Quebec by the public service, called for health and social service network institutions to develop, in co-operation with Indigenous peoples, services and programs based on cultural safeguard principles.

It’s also enshrined in Joyce’s Principle, a document created by the council of the Atikamekw Nation and the Atikamekw Council of Manawan aimed at guaranteeing that Indigenous people have equitable access to health and social services without discrimination.

The training does not mention Echaquan at all.

58 per cent of employees completed training

As of Sept. 21, 183,844 health-care workers have completed the training, representing approximately 58 per cent of the network.

During a provincial election debate organized by the Assembly of First Nations Quebec Labrador (AFNQL) last week, outgoing CAQ Indigenous Affairs Minister Ian Lafrenière expressed pride in the “good progress” his party made with the training.

“We did not wait, we did not sit on our hands. We made several changes on the ground to the cultural safety guide that was written with First Nations,” he said.

The MSSS said in an emailed statement to CBC News and Radio-Canada that the training is a result of two-plus years of work and was developed with the involvement of “several well-known members of Indigenous communities, university researchers and certain civil servants.”

“Their work was submitted to an interdepartmental working committee, responsible for verifying the factual accuracy and completeness of the information, and then submitted to an Indigenous advisory committee,” said Marie-Hélène Émond, with MSSS media relations.

‘Checking off a box’

Dr. Samir Shaheen-Hussain, a Montreal physician, wrote the book Fighting for a Hand to Hold: Confronting Medical Colonialism against Indigenous Children in Canada.

He questions the relevance and effectiveness of the training, without it recognizing the history of colonialism in producing the inequalities and inequities in health care.

“There’s huge, longstanding generations of historical baggage, of medical colonialism, that we bring with us as people who are working in health care that has to be undone,” said Shaheen-Hussain.

Residential schools, he said for example, are discussed in the training but it omits how medical establishments, scientists, and health-care providers played a role in the system.

Training must address that history, he said, and be specific to the context of health care.

“The danger is basically checking off a box,” said Shaheen-Hussain.

“It’s actually going to be harmful because people are going to be coming out of this training that has this government endorsement thinking that the knowledge that’s being imparted is the truth with a capital ‘T.'”

As for Sandy, she hopes the training will be revised to include Indigenous people voicing their perspectives and experiences in the health-care system.

“I’m a nurse. I know how to navigate that system and that does not exempt me from feeling fear,” she said.

“When I walk into a hospital setting, there is fear. You’re unsure whether you’re going to be heard or listened to.”