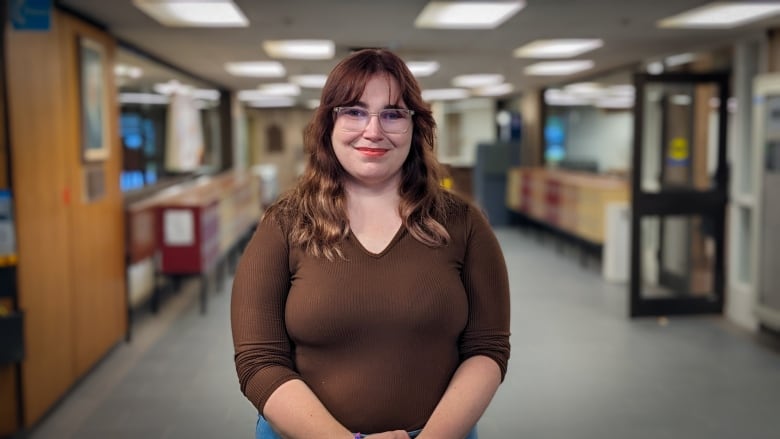 Kallie Drummond took the University of Prince Edward Island’s new Indigenous teachings course as an elective this past summer, but the second-year student already knows she wants to learn more.

The young Métis woman from Treaty 1 territory in Manitoba hopes to weave Indigenous studies into her university course load and her longer term goal of becoming a teacher.

“I actually would really love to have the opportunity to minor in Indigenous knowledge and teachings,” said Drummond, who’s eyeing a bachelor’s degree in education after completing her current program studying science and mathematics.

“Once I become a classroom teacher, [this knowledge] would be something I could just continue to widely spread and hopefully help future generations understand.”

Taking that same course — now a requirement for UPEI undergraduates — this fall has been eye-opening for first-year student Hailey Macintyre. She says she’s learning history and topics — from origin stories of different First Nations to current conditions on reserves — that she’s never been taught before.

“I haven’t stopped talking about this course to some of my friends,” Macintyre said. “I think it should be a mandatory course across Canada.”

Canadian post-secondary institutions are taking a range of approaches to incorporating Indigenous perspectives and knowledge into what students today are learning. From introducing specific, mandatory courses to creating targeted programs of study, the scholars leading this change are shifting beyond merely talking about reconciliation to taking action.

The 2015 final report from the Truth and Reconciliation Commission, which examined experiences of survivors of Canada’s residential schools and the lasting impact of the system, produced 94 calls to action, including specific recommendations about education

Yet some post-secondary institutions haven’t really seen much change until recently, said David Varis, a member of Peguis First Nation in Manitoba and an assistant professor in UPEI’s new faculty of Indigenous knowledge, education, research and applied studies (IKERAS).

“What we’re undertaking here, it’s not new… I honour the first pioneers certainly, our Indigenous scholars who have been working at this for decades,” Varis noted. At this moment, however, “there seems to be a renewed interest in advancing the calls to action.” 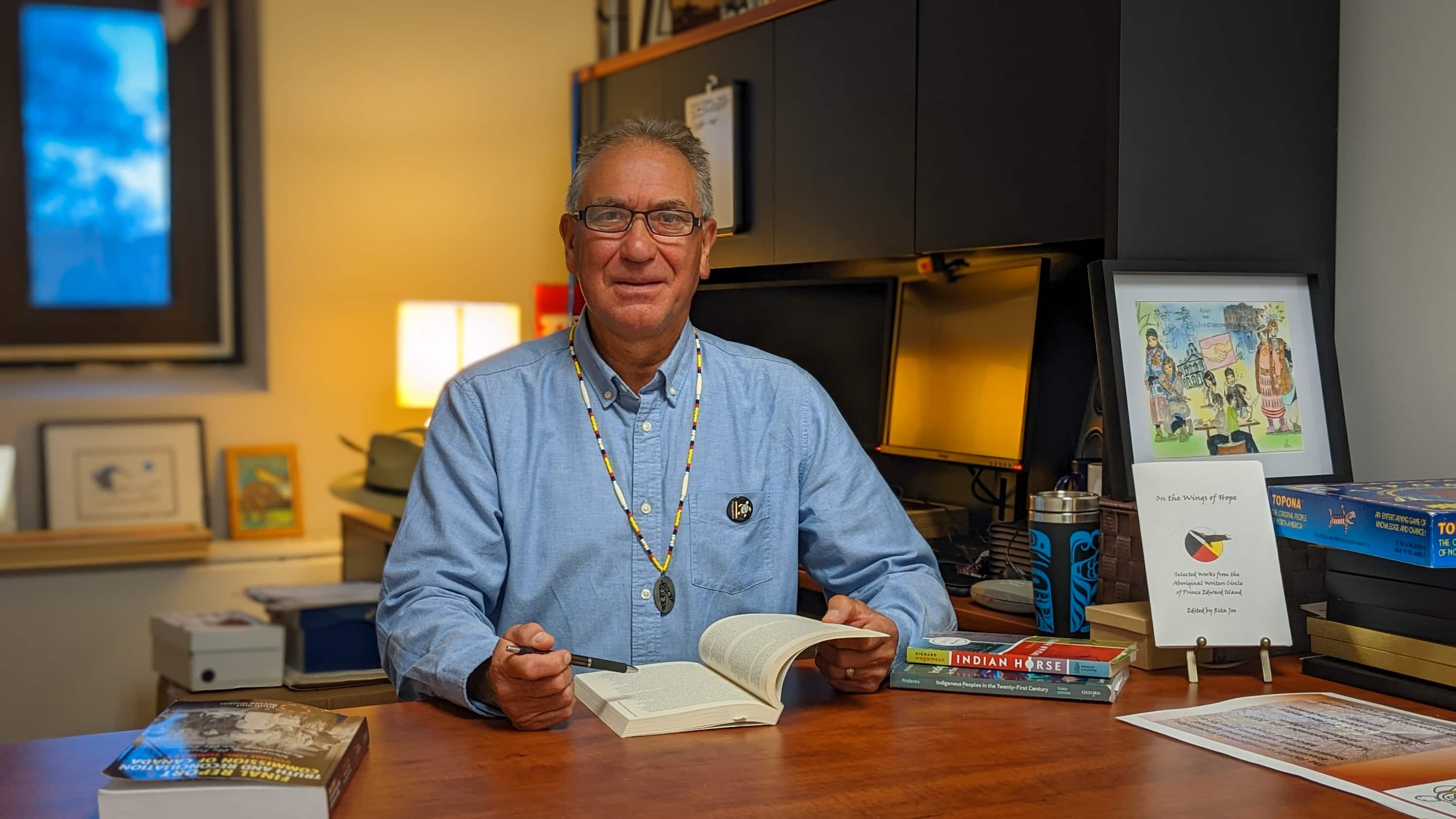 Professors, students and academics share why it’s important that new university programs centred on Indigenous knowledge and perspectives are being introduced now.

He sees the recent discoveries of unmarked graves at multiple residential schools sites and stirring speeches given last year around the inaugural National Day for Truth and Reconciliation as catalysts that “struck to the core of what we have to do.”

At UPEI, this included the establishment of IKERAS and an urgency to build a mandatory undergraduate course.

“For a course that is 36 hours, we cover the A to Z,” Varis said of the new offering.

He and his fellow instructors introduce an array of topics from Mi’kmaw history — in recognition that the school is located on traditional Mi’kmaw territory — to wider lessons about colonialism, residential schools, the reserve system, intergenerational trauma, resilience and ongoing anti-Indigenous racism.

“It’s quite a lot for students to take in, but it’s been well received,” said the veteran educator, who added he hopes this wider knowledge base inspires unity and stays with students as they graduate and tackle issues affecting everyone, from climate change to food insecurity.

“There are many, many issues that we need to address and I think working together is the key.”

The desire to build bridges as well as make law more appealing to Indigenous students are two drivers behind the University of Ottawa’s new French-language Indigenous law certificate.

“We want to attract Indigenous learners towards studies in law and we want to welcome them by bringing in Indigenous traditions and legal systems, using their education and experience, then building the bridge to civil law,” said Eva Ottawa, an assistant professor in the school’s civil law section who initiated the new offering.

Ottawa said the program builds upon the experiences of those enrolled (the first cohort of students has both younger and older members) and that of Indigenous elders and knowledge-holders invited to share their expertise in different fields of Indigenous law.

“This program also offers people their dignity, because we know their past. We know the colonization process, that ceremonies were banned for many years…. In Quebec, there are many Indigenous communities that still speak their language and it’s important to work with them,” said Ottawa, a former grand chief of the Atikamekw Nation in Quebec.

That respect for the principles of Indigenous law coupled with a parallel exploration of and comparison to “colonial law” is exactly what appealed to Maurice J. Kistabish, who only learned about the certificate program two weeks before the first application deadline.

“In the Western world, if you don’t have the credentials — you don’t have this piece of paper — people don’t necessarily want to listen to what you have to say,” said Kistabish, a student in the first cohort and member of Apitipi Anicinapek Nation (formerly Wahgoshig First Nation), located east of Matheson, Ont., near the border with Quebec.

Kistabish, who got his master’s degree amid years “in the field” representing different bands in negotiations with forestry and mining companies, said there’s long been a reliance on external lawyers who aren’t always versed in Indigenous law.

“I’ve been working all those years with lawyers, but I didn’t have … any courses or credentials in terms of law. So that’s basically one of the reasons why I decided to come back [to pursue this certificate].”

‘We need to be upping our game’

This past spring, the University of Victoria graduated the first class of its joint degree program in Indigenous and non-Indigenous law. Next spring, it plans to launch a MBA in Indigenous Reconciliation — a natural follow-up, according to Saul Klein, dean of UVic’s Gustavson School of Business.

“We run a full suite of undergraduate and masters programs. They all have some element of reconciliation built into them, but we’re [thinking] ‘Maybe this is the time where we need to be upping our game’ and ‘How do we build in more of that perspective?'”

A partnership with the B.C. Association of Aboriginal Friendship Centres (BCAAFC), the new MBA program is a pilot project still being finalized, with the initial two cohorts to include about 25 students each, both Indigenous and non-Indigenous.

Based in part on UVic’s existing MBA in sustainable innovation, the new program will be customized to focus on the social services sector, Klein said. It will feature course content and case studies about reconciliation topics, as well as out-of-classroom activities focused on Indigenous communities.

Klein noted there are few Indigenous graduates from business programs. And “many if not most non-Indigenous students graduating from business schools have only a fairly cursory understanding of the Indigenous context in which they operate,” he said.

“Bringing both parties together” in an environment to develop solutions, he says, is a way to help move the dial forward.

“We’re seeing the need to bridge divides in our communities and our society. And a program like this is clearly designed to have an impact and … make our society function more effectively, make the world a better place.”