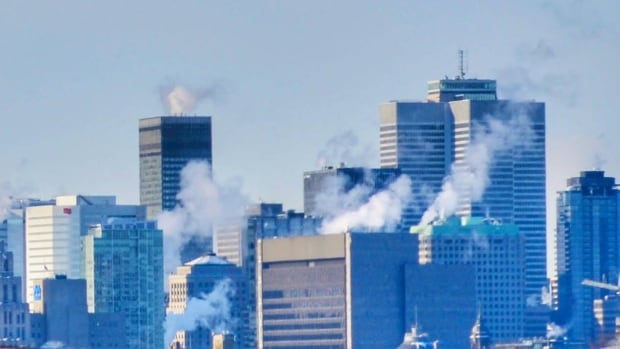 Hydro Quebec says it has once again set a new record for power consumption as extreme cold grips much of the province this morning.

An extreme cold warning has been in effect across southern Quebec since Friday morning, straining the system as Quebecers juggle staying warm and working from home.

Hydro Québec recorded consumption levels reaching 40,300 megawatts as of 8 a.m. Friday, breaking a previous record of 39,000 MW that was broken during another cold snap on Jan 11.

The publicly owned utility is now asking Quebecers to reduce their electricity consumption as much as possible today and tomorrow, predicting earlier in the morning the province would again reach an all-time high.

Reducing heating by just one or two degrees, especially in rooms that aren’t being used, is one step that people can take to limit their consumption. They can also avoid using large appliances like the dishwasher and clothing dryer as often, and shortening the use of hot water.

“They’re small actions, but across millions of clients, it makes a difference,” said Cendrix Bouchard, a spokesperson with Hydro Québec, while speaking with Tout un matin.

“We understand that asking this may pose challenges for some who are home throughout the day because they are working remotely, but if people are able to contribute, we appreciate it.”

The province can import electricity from other regions if Quebec’s system reaches its limits, he added.

It will get colder across the south of the province through the evening and wind chills are expected to make it feel as cold as – 40 until Saturday morning, Environment Canada warned.

Those spending time outdoors are at a higher risk of frostbite and hypothermia.

Hydro-Québec has signed up 160,000 clients to a flexible billing plan that allows them to pay less for energy — as long as they use it during non-peak periods.