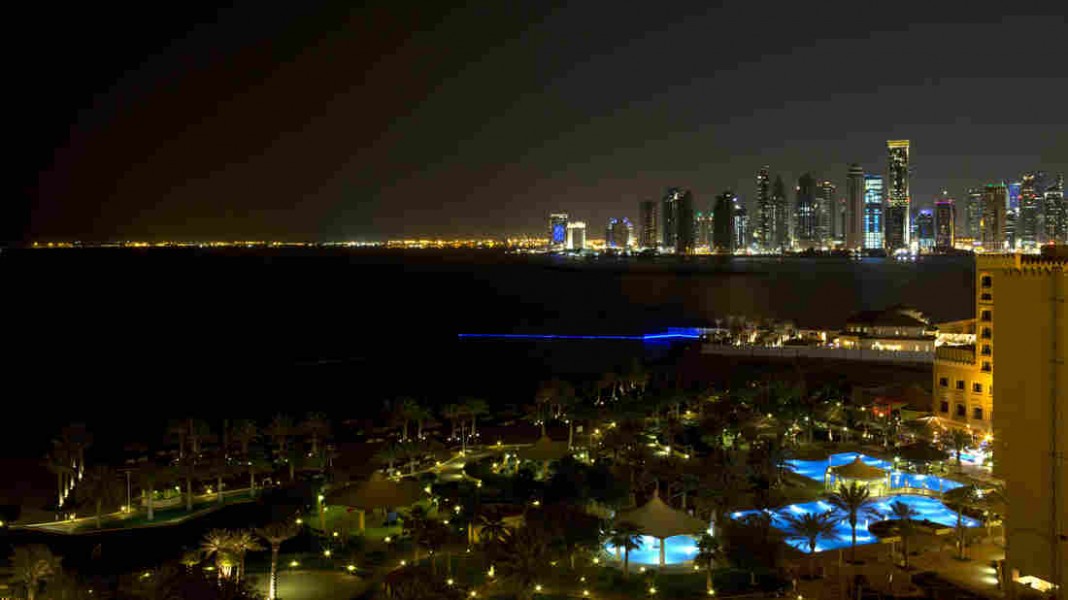 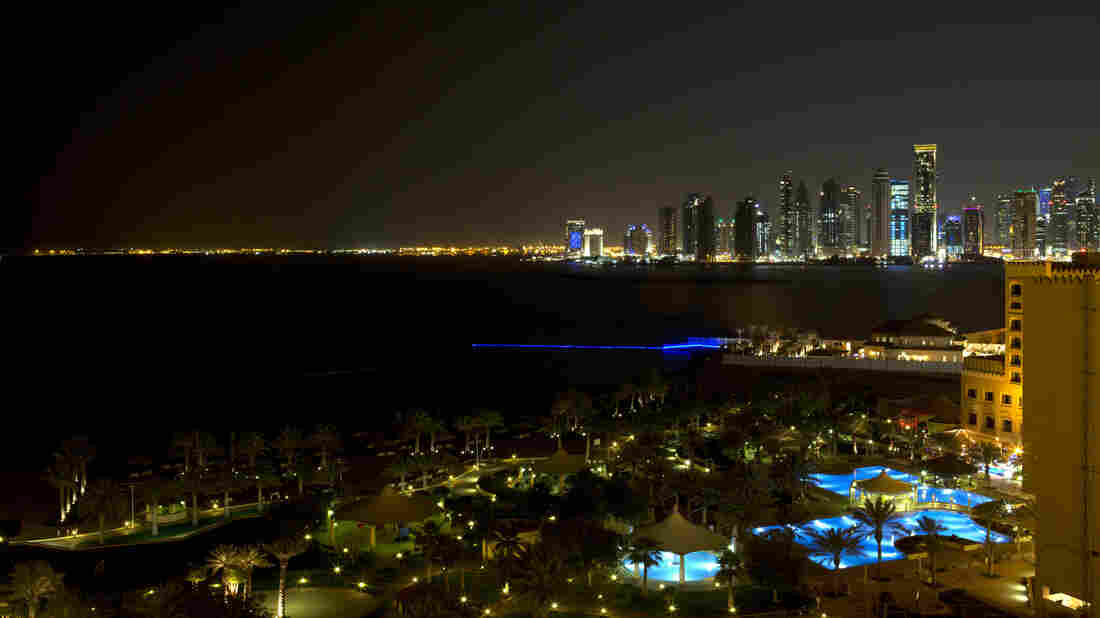 The skyline of Doha, Qatar, is seen at night in 2013. Saudi Arabia and three other countries severed ties to Qatar on Monday and moved to cut off land, sea and air routes to the energy-rich nation, accusing it of supporting regional terror groups. Jacquelyn Martin/AP hide caption

The skyline of Doha, Qatar, is seen at night in 2013. Saudi Arabia and three other countries severed ties to Qatar on Monday and moved to cut off land, sea and air routes to the energy-rich nation, accusing it of supporting regional terror groups.

A diplomatic crisis continues to develop in the Persian Gulf, where four Sunni states are attempting to isolate the small, oil-rich nation of Qatar from the rest of the region. The United Arab Emirates, Saudi Arabia, Egypt and Bahrain accuse Qatar of supporting terrorism, which Qatar denies.

President Trump has offered to host a conciliatory meeting in the White House, according to his administration.

The West African nations of Senegal and Mauritania have severed their diplomatic relations with Qatar in expression of solidarity with the four Arab countries that cut ties. The Arab countries aren’t just recalling diplomats; they’re also closing airspace to Qatar and restricting access by sea. 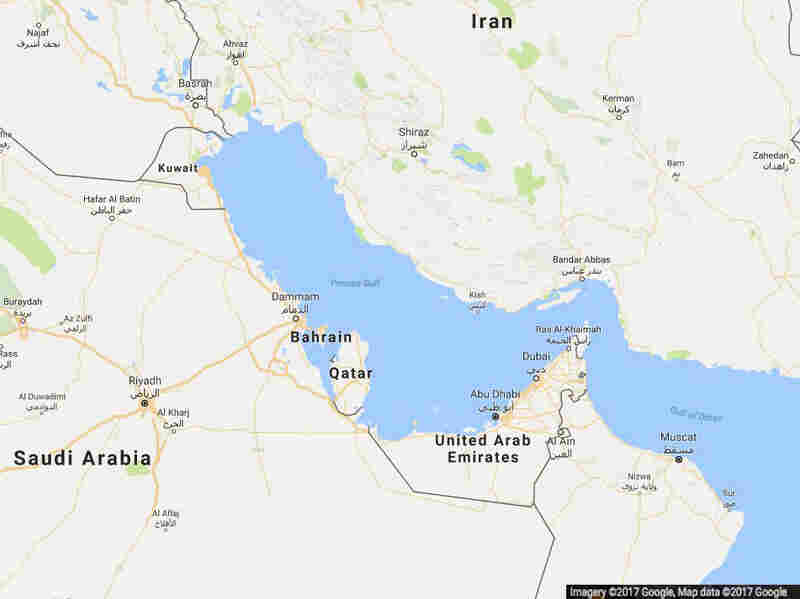 Saudi Arabia is closing its border with Qatar, leaving citizens of the peninsula nation scrambling for food and supplies. Google Maps hide caption

Saudi Arabia is closing its border with Qatar, leaving citizens of the peninsula nation scrambling for food and supplies.

Qatar is on a peninsula, sharing one land border with Saudi Arabia — which is now closed — and otherwise surrounded by the Gulf.

The UAE is threatening up to 15 years in jail and a fine of more than $130,000 for anyone who expresses sympathy for Qatar on social media, The Associated Press reports.

Meanwhile, Reuters reports that the Turkish parliament “approved a draft bill allowing its troops to be deployed to a Turkish military base in Qatar,” apparently in support of the Qatari government.

And the emir of Kuwait has met with two top United Arab Emirates officials to attempt to mediate the situation, the wire service says.

Trump spoke with the emir of Qatar on Wednesday, the White House announced, and “offered to help the parties resolve their differences,” by hosting a meeting if necessary.

Trump had previously appeared to side with the Saudis and other nations against Qatar in a series of tweets on Tuesday. But other officials in his administration sought to downplay that message and emphasize the need for regional cooperation.

Qatar is home to the largest U.S. airbase in the Mideast. It’s also the world’s largest exporter of liquid national gas.

Gregory Gause, a professor at Texas A&M and an expert on the Gulf region, spoke to NPR on Tuesday about the diplomatic rift.

He said there are multiple issues at play. The Arab Sunni nations accuse Qatar of supporting radical groups, including allowing or encouraging financial support. Gause notes that compared to its neighbors, Qatar “is less stringent about regulating the movement of private monies.”

Gause also noted Qatar’s relationship with the Muslim Brotherhood “and other oppositional political groups,” as well as Qatari cooperation with Iran on some issues “at a time when Saudi Arabia is confronting Iran directly on all sorts of fronts.”

Finally, he said, there’s “Al Jazeera and other Qatari-funded media, which is just an irritant to these governments because they see Al Jazeera as the platform through which opposition members talk to their own publics.”

CNN and The Guardian have also reported that the FBI believes Russian hackers planted a false story about the emir of Qatar in recent weeks, potentially contributing to the crisis. Qatar’s foreign minister told CNN that hackers put a false story on Qatari state media, claiming the country’s leader made remarks friendly to Iran and skeptical of Trump.

The Financial Times also reports that Qatar is said to have paid a massive ransom after members of the royal family were kidnapped, also contributing to the crisis.