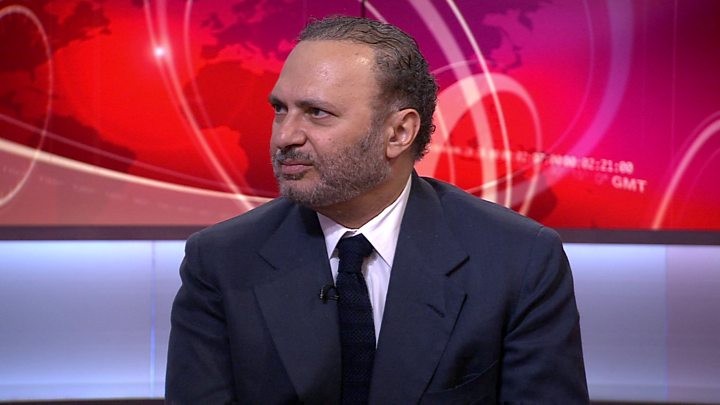 The United Arab Emirates has denied it was behind the alleged hacking of Qatar’s state news agency in May.

The Washington Post cited US intelligence officials as saying the UAE had orchestrated the posting of incendiary quotes attributed to Qatar’s emir that he insisted were fabricated.

The incident helped spark a diplomatic rift between Qatar and its neighbours.

UAE Minister of State for Foreign Affairs Anwar Gargash told the BBC on Monday the Post’s report was “untrue”.

He also reiterated that the UAE and five other Arab nations had not written to Fifa to demand that Qatar be stripped of the right to host the 2022 World Cup.

The Washington Post’s story cited unnamed US intelligence officials as saying newly-analysed information confirmed that on 23 May senior members of the UAE government had discussed a plan to hack Qatari state media sites.

Later that day, the official Qatar News Agency quoted Emir Sheikh Tamim bin Hamad al-Thani as criticising US “hostility” towards Iran, describing it as an “Islamic power that cannot be ignored”, and calling Hamas the “legitimate representative of the Palestinian people”.

Qatari officials said the agency had been hacked by an “unknown entity” and that the story had “no basis whatsoever”. However, the remarks were reported across the region and caused a stir.

Two weeks later, the four countries cut all links with Qatar over its alleged support for terrorism and relations with Iran. The boycott has caused turmoil in the oil- and gas-rich emirate, which is dependent on imports by land and sea for the basic needs of its population of 2.7 million.

The US intelligence officials told the Washington Post it was unclear whether the UAE authorities had hacked the Qatar News Agency itself or paid a third party to do it.

The Guardian reported last month that an investigation by the US Federal Bureau of Investigation (FBI) had concluded that freelance Russian hackers were responsible.

US intelligence agencies declined to comment on the Post’s article, but the UAE’s ambassador insisted that it “had no role whatsoever in the alleged hacking”.

“What is true is Qatar’s behaviour. Funding, supporting, and enabling extremists from the Taliban to Hamas and Gaddafi. Inciting violence, encouraging radicalization, and undermining the stability of its neighbours,” Yousef al-Otaiba wrote in a statement posted on Twitter.

Qatar has acknowledged providing assistance to Islamist groups designated as terrorist organisations by some of its neighbours, notably the Muslim Brotherhood. But it has denied aiding jihadist groups linked to al-Qaeda or so-called Islamic State (IS).

Mr Gargash told the BBC that Qatar’s denial had been contradicted by its agreement to review a list of 59 individuals and 12 organisations who the UAE has accused of supporting terrorism and wants arrested or expelled.

“What we know now is that Qatar is admitting that the list is worthy, that the list needs to be looked at, and that they need to change some of their laws to ensure that there is a proper process to cover this list,” he said.

Mr Gargash said Qatar’s neighbours were prepared to continue the boycott for months if it did not comply with the list of demands it was handed last month and agreed to international monitoring.

“I understand the concern of our allies,” he added. “But the issue is that we are being hurt, and the world is being hurt, by a state that has $300bn (£230bn) and is the main sponsor of this jihadist agenda.”

But, he added, the four states would not escalate the boycott by asking companies to choose between doing business with them or with Qatar.