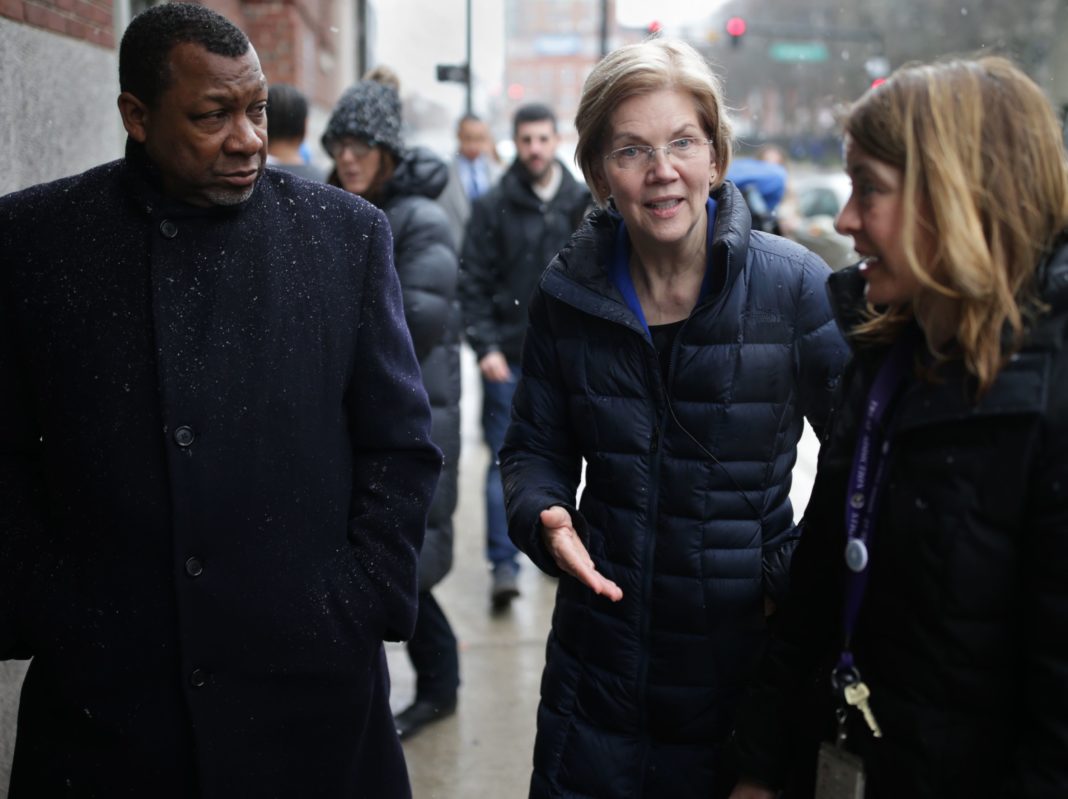 The legislation would fund prevention services and provide resources to programs for those battling addiction and in recovery.

“The opioid and addiction crisis is a national emergency that touches all communities, regardless of location, average income or racial makeup,” Warren, of Massachusetts, said in a statement, adding that it’s “long past time to enact comprehensive legislation” to address the problem.

The Democratic lawmakers said in a statement the plan would be financed by rolling back “just a fraction” of tax cuts that benefited drugmakers they say “played such a key role in creating this crisis.” However, when asked if Warren and Cummings, D-Maryland, were specifically referring to the 2017 corporate tax cuts, a senior Democratic committee aide said “this is just a suggested approach” and that it is an option that is being considered because details have not yet been resolved.

Warren also said in a statement her proposed 2% tax on wealthy Americans who are worth $50 million or more could help fund the legislation.

More than 130 people in the U.S. die every day from opioid overdoses, with about 47,000 people dying in 2017, according to the Centers for Disease Control. The CDC estimates the “economic burden” of the opioid epidemic at about $78.5 billion a year in the U.S., mostly due to added costs for treatment and on the criminal justice system.

The law would provide $10 billion per year to fund resources and programs over a span of ten years. It would grant:

The lawmakers unveiled the plan as Warren prepares to make stops in Ohio and West Virginia for her presidential campaign. West Virginia had the highest rate of opioid-related deaths in 2017, while Ohio had the second-highest rate. On Wednesday, Warren announced plans to donate $4,500 in campaign contributions from the Sackler family, which owns OxyContin manufacturer Purdue Pharma.

Purdue and a number of other drugmakers face more than 1,600 lawsuits that claim those companies contributed to the opioid epidemic through misleading marketing tactics.

The proposal also comes as the House Oversight Committee prepares for a hearing Thursday on the Trump administration’s response to the drug crisis.

Tackling the opioid epidemic has become a major issue for lawmakers on both sides of the aisle as illicit use of opioids continues to rise. In October, President Donald Trump signed the bipartisan SUPPORT for Patients and Communities Act, which aims to expand addiction treatment and fund research on non-opioid painkillers, into law.

Federal prosecutors have also started cracking down on drugmakers and executives accused of contributing to the opioid crisis. Last week, the founder of drugmaker Insys Therapeutics and four former executives of the company were found guilty of racketeering and other crimes for bribing doctors to unnecessarily prescribe one of their painkillers. In April, Rochester Drug Cooperative agreed to pay a $20 million settlement after it was charged with unlawfully distributing oxycodone and fentanyl and conspiring to defraud the Drug Enforcement Administration.

Warren and Cummings in a statement said that “for two years, the Trump administration had no drug control strategy” until January, adding that their legislation would treat the opioid epidemic like the “critical public health emergency it is.”

The Trump administration in January released its drug control strategy, though the Government Accountability Office said the strategy does not comply with the Trump-backed SUPPORT Act, which cracks down on illicit drugs and makes treatment more widely available. The Substance Use-Disorder Prevention that Promotes Opioid Recovery and Treatment for Patients and Communities Act was signed into law in October.

The White House and the GOP did not immediately respond to CNBC’s request for comment.