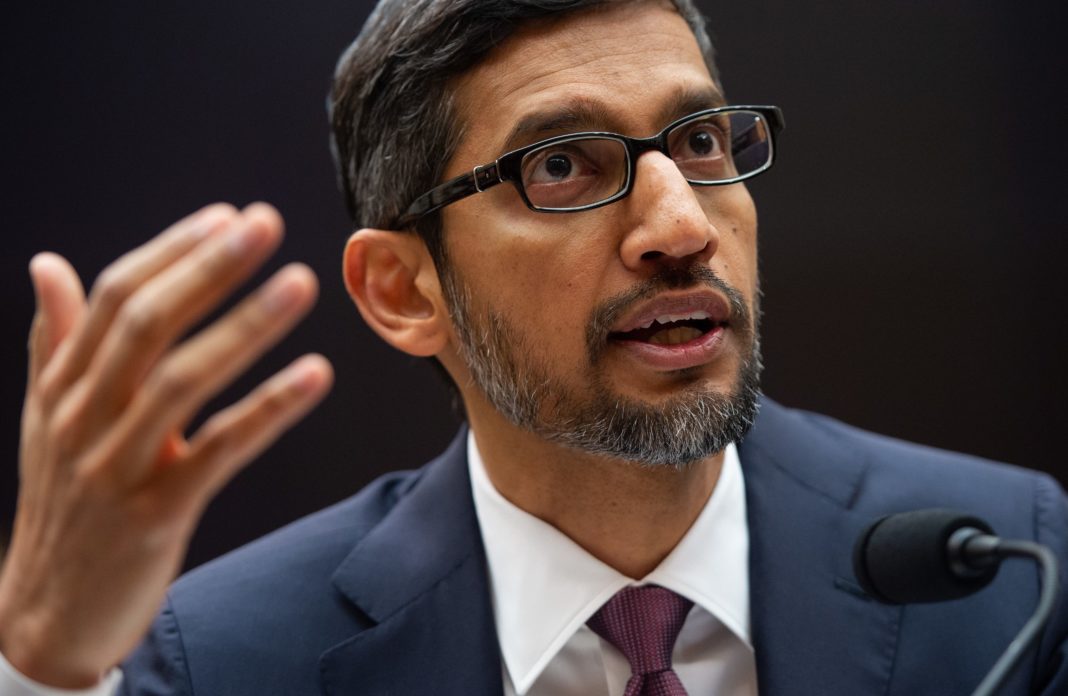 As “privacy” has become the new buzzword of Silicon Valley, Google CEO Sundar Pichai is positioning the company’s new products to fit the zeitgeist while undermining its competitor’s messaging.

In an op-ed in The New York Times published Tuesday, Pichai asserted that “privacy cannot be a luxury good offered only to people who can afford to buy premium products and services.”

The message may hint at Apple’s comparatively expensive starting price for products like its smartphones. At its developer conference Tuesday, Google unveiled a $399 smartphone equipped with the latest privacy features of its Android operating system. That compares to Apple’s newest budget model, the iPhone XR, which starts at $749.

Apple has arguably been at the forefront of privacy messaging among tech companies this year. CEO Tim Cook has not shied away from criticizing tech peers for their failures in protecting consumers’ privacy while making trust and security central to Apple’s brand. The company has also used its privacy features in advertising for the iPhone through commercials and billboards.

At a speech in Brussels last year, Apple CEO Tim Cook blasted the business models of rivals like Google, but stopped short of calling them out by name.

“We shouldn’t sugarcoat the consequences. This is surveillance. And these stockpiles of personal data serve only to enrich the companies that collect them,” Cook said in the speech.

Google is now trying to take the privacy message a step further, saying not only that its products will be secure, but that it will democratize that security.

“‘For everyone’ is a core philosophy for Google; it’s built into our mission to create products that are universally accessible and useful,” Pichai wrote in the Times op-ed. “That’s why Search works the same for everyone, whether you’re a professor at Harvard or a student in rural Indonesia. And it’s why we care just as much about the experience on low-cost phones in countries starting to come online as we do about the experience on high-end phones.”

Google presented a suite of new products at its event Tuesday with the goal of giving users more control over their data. Besides the new smartphone, Google is introducing its incognito mode from its Chrome browser to its Maps app, allowing users to search locations without the data being linked to their accounts. It’s also making it easier to access security settings that let users choose what Google stores and for how long.

Google itself has come under criticism for its own approach to privacy in the past, which could open it to criticism over the idea of democratizing privacy. Just last year, the company faced internal backlash over a project that explored the creation of a censored search engine in China, before reportedly ending the project. Its social network, Google+, also exposed personal information from 500,000 of its users.