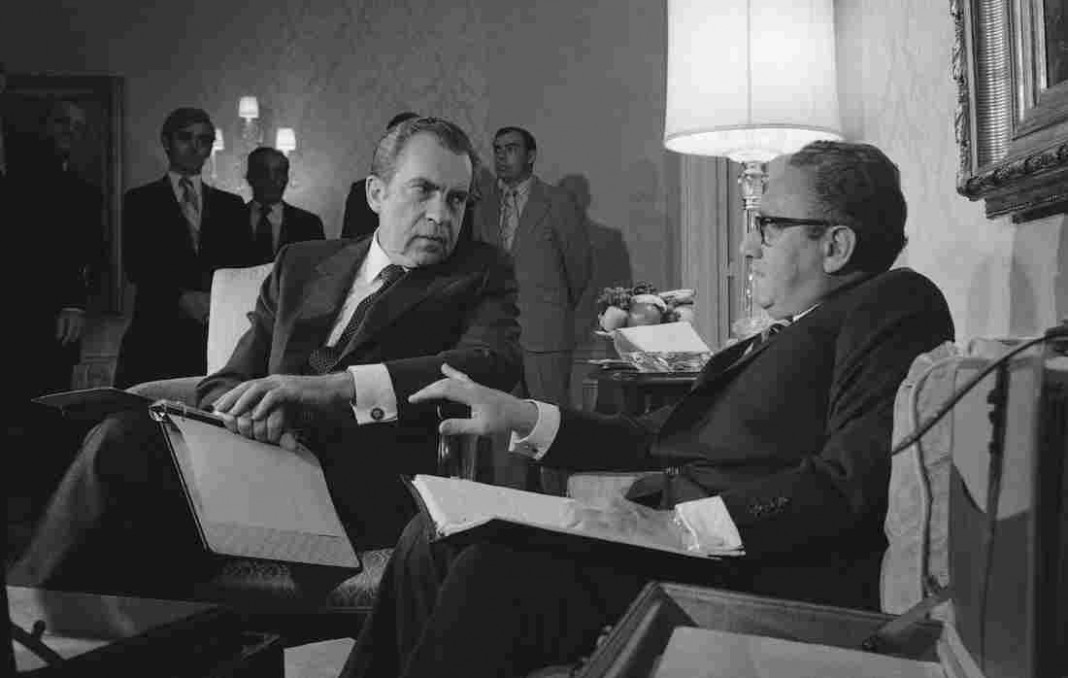 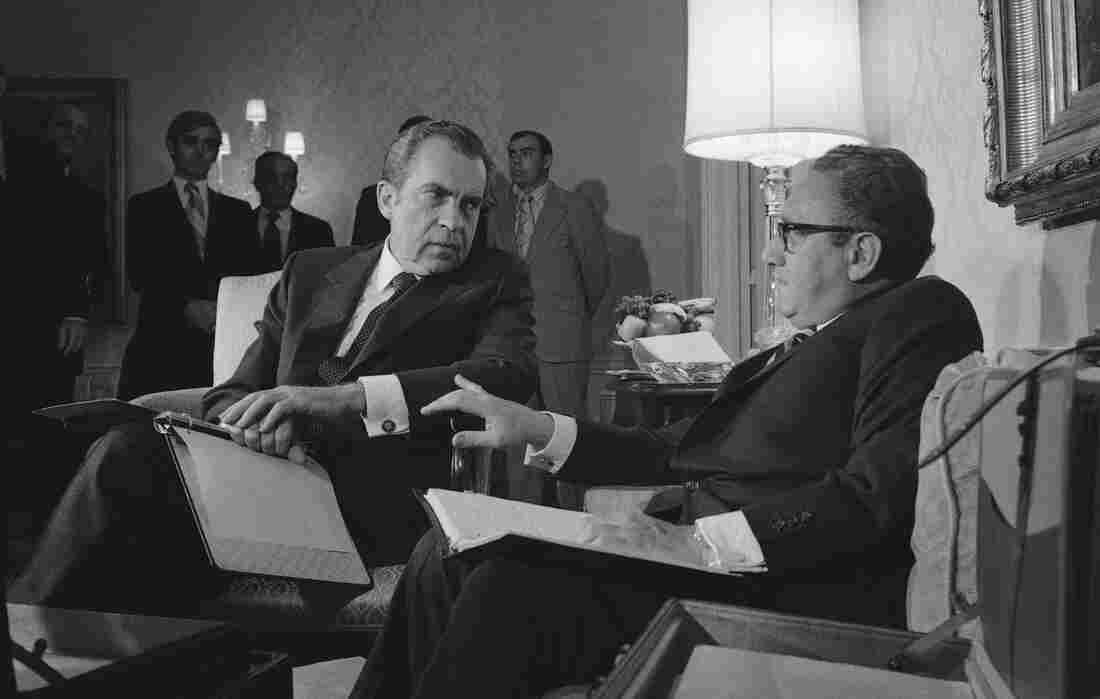 Ordinary people often get into legal trouble in response to desperate circumstances. Politicians, however, seem to make the worst trouble for themselves when they are riding high and carrying all before them.

Thus the most famous political scandals of U.S. history have happened not when presidents or members of Congress had their backs to the wall but when their sails were filled with a favorable wind.

In earlier generations we have seen presidents from Warren Harding in the 1920s to Richard Nixon in the 1970s, Ronald Reagan in the 1980s and Bill Clinton in the 1990s beset by scandal, all at the apex of their political clout and acclaim. 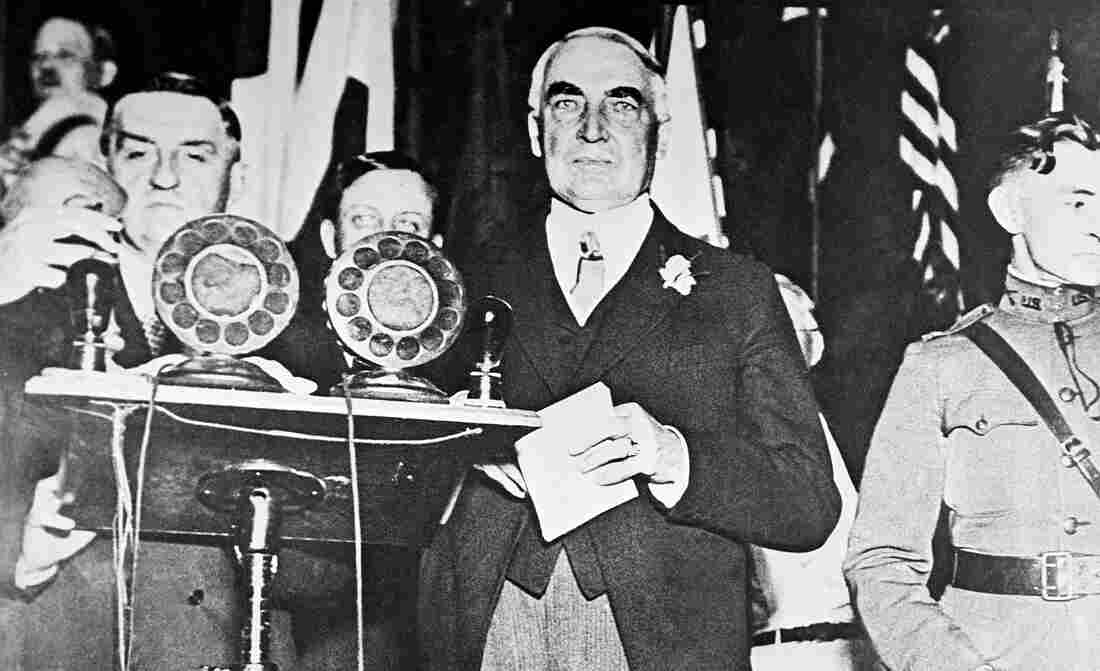 What these cases have in common is the sense that these presidents (and the people around them) perceived in their success a special dispensation. They regarded themselves as above it all, exempt from the rules.

A familiar scenario returns to Washington

We are reminded of this now because echoes of the past have been audible in the testimony of former FBI Director James Comey before the Senate Intelligence Committee this week.

Comey sketched the scope of the alleged Russian effort to interfere in the 2016 presidential election in the U.S.

He also said he had been fired by President Trump over his handling of the FBI investigation of that interference and connections to the Russians among Trump’s inner circle.

With the appointment of Comey’s FBI predecessor, Robert Mueller, as a special counsel to investigate the Russian interference and its relation to Trump World, we are entering a new phase of this story. Remarkably, it appears the Trump White House continues to regard it all as political badinage more than an actual legal exposure with enormous implications.

And in that sense, they share an attitude with other administrations that have suffered from a myopia about their own vulnerability – and suffered for it as well. 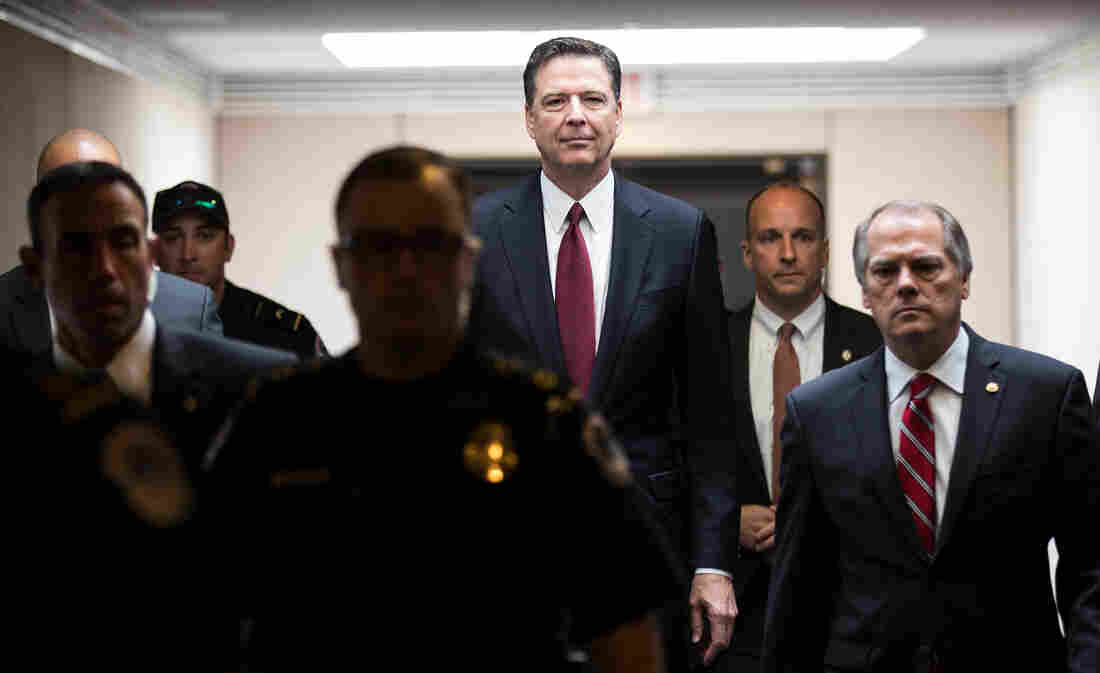 The stage is set

Late last year, having won a presidential election few expected them to win, Trump and Company had the political world at their feet. Republicans as divergent as Mitt Romney and Rand Paul, Ted Cruz and Paul Ryan were willing to forget their past rivalry, criticism and opposition to be part of a new future — in service to the new leader of the party and the nation. 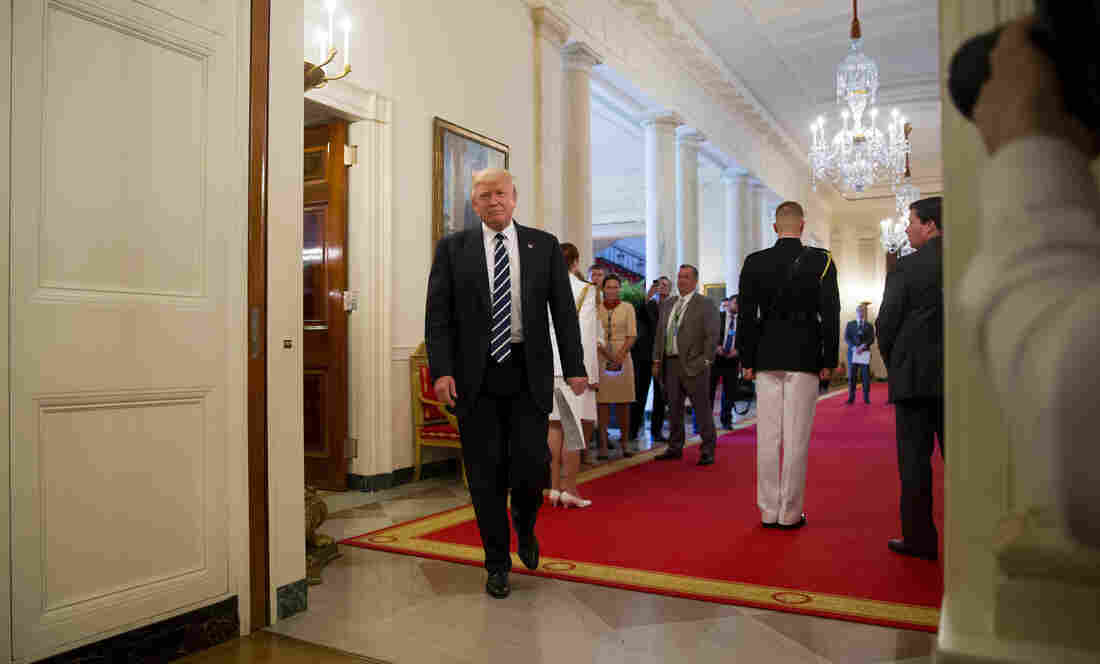 But in this sunburst of success, the transition team around the president-elect seems to have been blind to what was looming on the horizon, a threat born of the campaign’s own relationships with elements of the Russian government.

In his testimony this week, Comey spoke of cyber-attacks on “perhaps more than a thousand” different entities and agencies in and out of government. He called it an effort to tell Americans “what to think and what to fight about,” and “a big deal.”

But the response of the president-elect and his entourage has been all along to cast doubt on the existence of the attacks, doubt on the Russian role and doubt on the motives of those who, like Comey, saw something nefarious afoot. It was, said the president, all an excuse for the disappointing showing by the Democrats at the ballot box, a line he has repeated even into the spring.

Mueller is now beginning his investigation with a heavy-weight staff and a meaningful mandate. Committees in Congress will also continue taking testimony. Much of all this will take place in private. Time will pass before we know the full extent of their findings.

But this much is clear. Something the Trump team might have dealt with expeditiously as recently as six months ago has grown to cast a shadow on the White House and the prospects for the president’s agenda.

In that sense, the early stumbles of the new administration remind us of previous rough patches for predecessors. Other administrations also missed the chance to cut their losses at the first sign of scandal, and they did so in part because trouble struck when they were at a moment of maximum power and expectation.

On Thursday, Speaker Paul Ryan said President Trump’s only problem was “he’s new at this.” Trump, 70, has been called many things over the years, but rarely “naïve.” It is more likely the president-elect of late 2016 and early 2017 considered himself to be bullet-proof.

Lessons to be learned

What we have seen in the past is that the Oval Office can quickly become a low-altitude version of Olympus from which policy decisions and appointments are handed down. This attitude takes hold during the first transition into office and often reaches an apogee after re-election. (If that is true, it is a challenge to imagine what a second Trump transition period might look like.)

In the hubris of the moment, having vanquished the world of electoral politics, a new or re-elected administration is fully confident of its mandate, and equally full of itself. In such a moment, when that first bad story comes down the pike, the first impulse in the White House is to will it away or eradicate it by any means necessary.

And in their resolve to rid themselves of the problem in this way, they make mistakes that less cocksure people would be less likely to make. To wit: denying the story or the problem even exists, moving to quash all evidence to the contrary and to remove all those who disagree (and, as a rule, to denounce the media).

What may begin as a relatively minor matter of limited and temporal consequence morphs into a disaster. Underlings and intermediaries lose their jobs and sometimes go to jail. And once in a while, the destruction even reaches the top of the pyramid.

The paramount example is, of course, Watergate, which ultimately forced Nixon to resign. It began even as Nixon was sweeping to a 49-state landslide re-election in 1972. When the burglars were arrested at the headquarters of the Democratic National Committee, the question for those who sent them became whether to pay hush money. Then the sources of the money had to be hidden, and so on.

Lies were piled upon lies. It all led back to the president himself, and there turned out to be incriminating conversations preserved on tape. In the end, Nixon resigned under threat of impeachment.

After their own re-elections, Reagan and Clinton both saw their second terms in office nearly derailed by scandals that could have been smothered far sooner with a bit of foresight and the proper resolve. 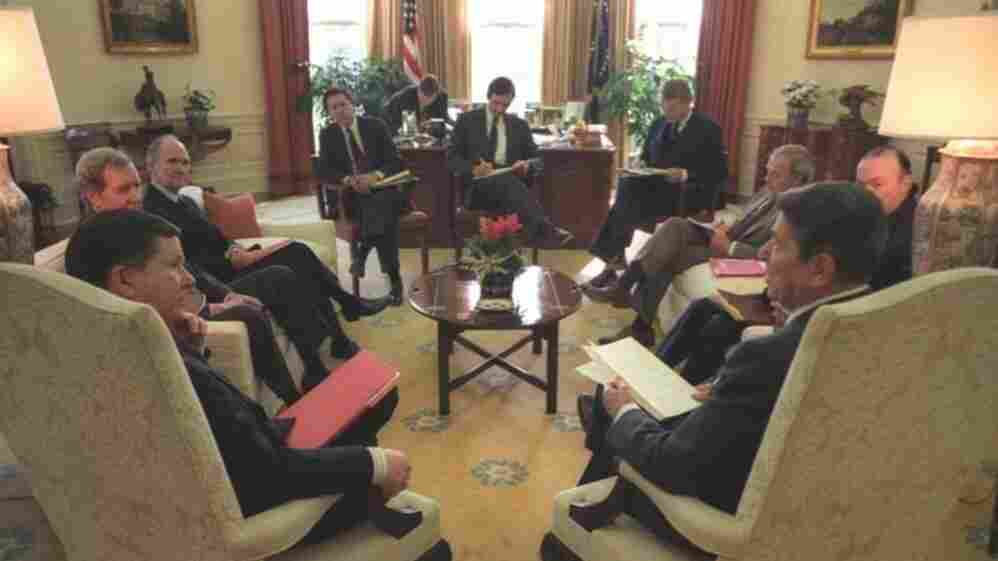 President Ronald Reagan meets with the Tower Commission, which investigated the Iran-Contra scandal. The three-member commission, chaired by former Senator John Tower, a Republican, was harshly critical of the White House staff.

In Reagan’s case it was an effort to free hostages held by a terrorist group in Lebanon by selling arms to their allies in Iran and then using the proceeds to finance anti-communist insurgents in Central America.

Known as the Iran-Contra scandal, it was rather legalistic and devolved to a partisan hearing on Capitol Hill that allowed for dramatic defenses by some of the accused. The public was interested, some were exercised, but Reagan himself was well-insulated. No one went to jail but one fellow was caught in the backwash and found to have evaded some taxes.

The public was also rather ambivalent about the main scandal of the Clinton years, his affair with White House intern Monica Lewinsky and subsequent perjury in denying it. 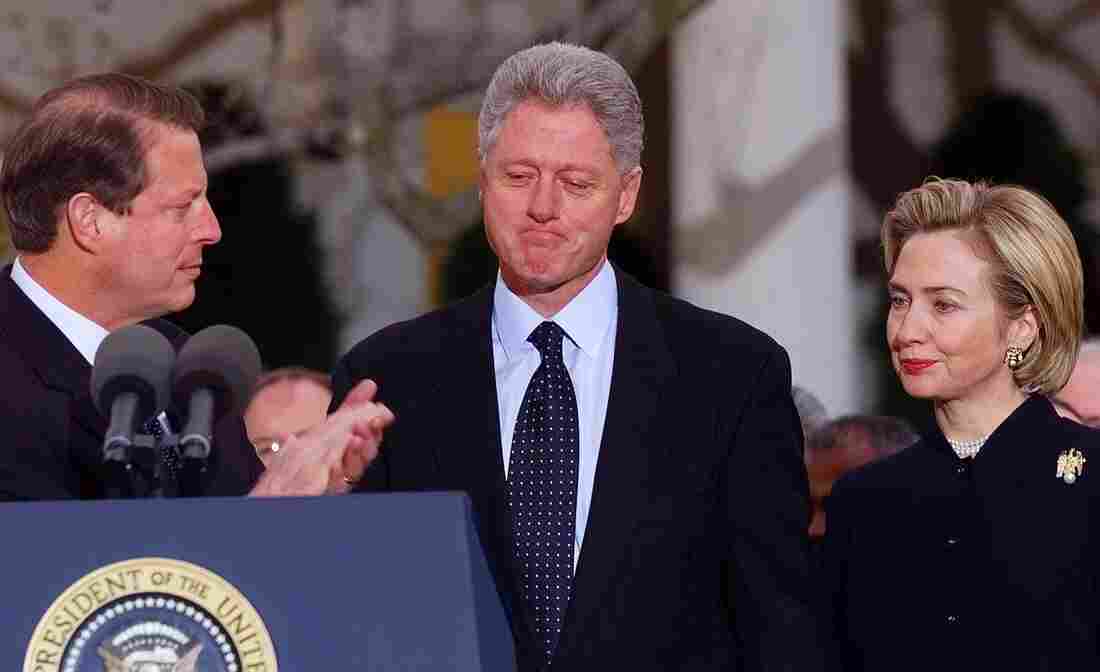 President Bill Clinton get applause from Vice President Gore as first lady Hillary Clinton looks on outside the Oval Office after the House of Representatives voted to impeach the president on Dec. 19, 1998. Doug Mills/AP hide caption

President Bill Clinton get applause from Vice President Gore as first lady Hillary Clinton looks on outside the Oval Office after the House of Representatives voted to impeach the president on Dec. 19, 1998.

The affair came to light after Clinton’s surprisingly easy re-election. Clinton had been unwilling to settle a sexual harrassment lawsuit in the mid-1990s filed by an Arkansas woman named Paula Jones and that suit became the platform on which Lewinsky was introduced to the nation.

The result was impeachment and a grinding, debilitating trial in the Senate, which failed to result in even a majority for conviction, let alone the required two-thirds.

The illusion of invincibility blinded these presidents and their inner circles in the critical moments when an infection was becoming a systemic threat to life. In those moments, they reacted with arrogance to what they saw as an embarrassment or a distraction with political implications. They made a fire in a garage into a five-alarm catastrophe that shattered careers, sent officials to jail and turned the trajectory of a presidency to the worse.

It is not a history anyone wants to see repeated.