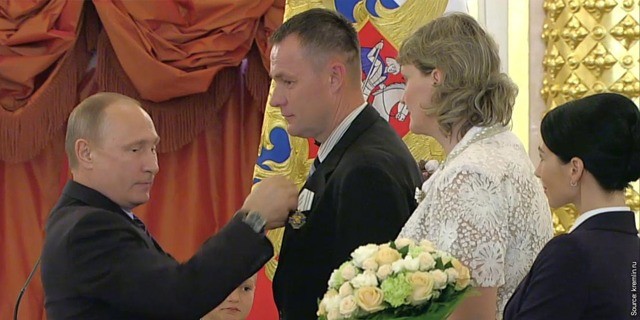 Russian President Vladimir Putin awarded the Order of “Parental Glory” to Valeriy and Tatiana Novik, Jehovah’s Witnesses from Karelia, who raised eight children, during a ceremony in Moscow at the Kremlin.

The Order of “Parental Glory” was instituted by presidential decree in May 2008. Russia awards this honor to parents who have raised at least seven children and have shown extraordinary care for their family’s health and education, as well as their physical, mental, and moral development. Families awarded the Order are considered models that strengthen the family institution. 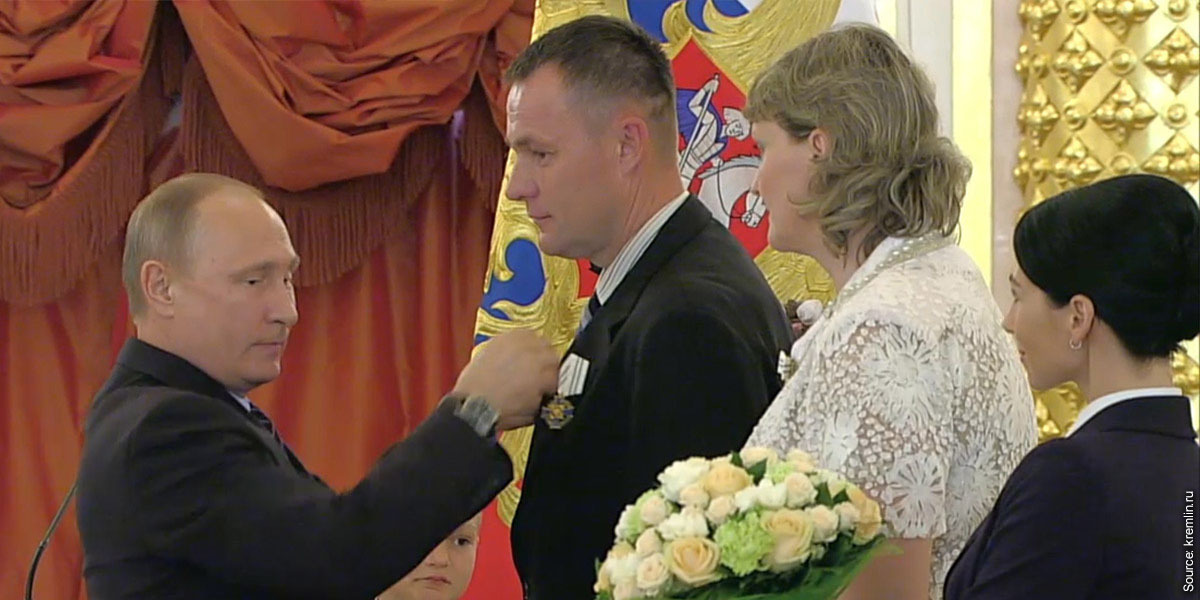 Valeriy Novik, a father of eight, receiving the Order of “Parental Glory” medal from President Putin.

David A. Semonian, a spokesman for Jehovah’s Witnesses at their world headquarters, states: “We view this award as an acknowledgment that the free Bible education provided by Jehovah’s Witnesses helps parents and their children to be productive citizens not only in Russia but all over the world.

“We hope that this award presented by President Putin is considered on July 17, 2017, when the Russian Supreme Court reviews the decision to liquidate the Administrative Center of Jehovah’s Witnesses in Russia.”

In an April 20 ruling, the Russian Supreme Court terminated all activity of the Witnesses’ legal entities throughout the country.

According to JW.ORG, the appeal requests a full reversal of the ruling. It emphasizes that the ruling is not based on factual evidence and that Jehovah’s Witnesses are not guilty of extremist activity in any way. The appeal also highlights that the charges that led to the Supreme Court ruling are the same charges that authorities used as a basis to persecute the Witnesses during the Soviet era. They were later rehabilitated and exonerated from these charges. Additionally, the appeal emphasized that the ruling contradicts the guarantees of religious freedom embodied in Russia’s Constitution and its international commitments.