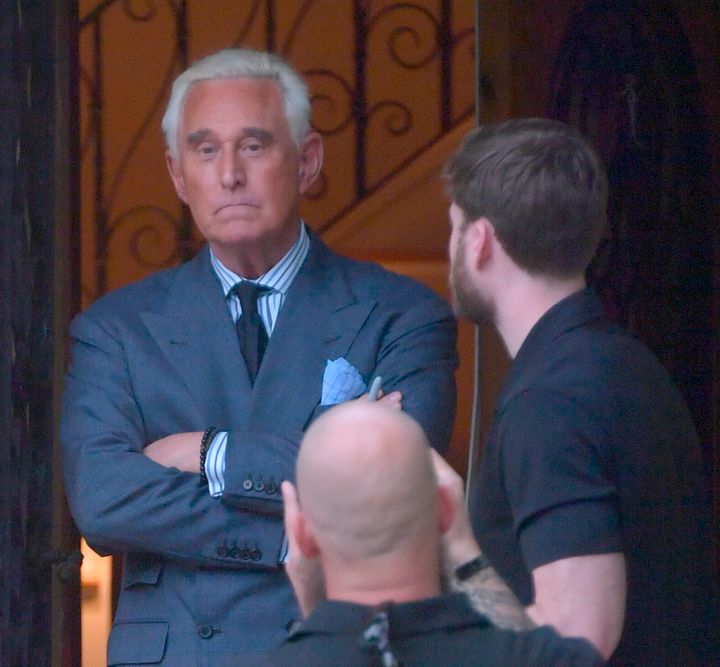 President Donald Trump once again tried to cast doubt on the Department of Justice and the legitimacy of his former adviser Roger Stone’s criminal trial, this time by targeting a juror who publicly spoke out in support of the federal prosecutors.

Trump, tweeting on Thursday, suggested that past anti-Trump sentiments that appear to have been made on social media by Tomeka Hart are proof of “significant bias.” On Wednesday, Hart had identified herself as the jury foreperson in Stone’s trial.

“Add that to everything else,” the president wrote, “and this is not looking good for the ‘Justice’ Department.”

Now it looks like the fore person in the jury, in the Roger Stone case, had significant bias. Add that to everything else, and this is not looking good for the “Justice” Department. @foxandfriends @FoxNews

Trump’s remarks appeared to cite a Fox News report that detailed comments and retweets posted by an account listed as belonging to Hart, the former president of the Memphis City, Tennessee, school board.

Some of the comments called Trump and his supporters racists. The account also retweeted political articles, including stories about Supreme Court Justice Brett Kavanaugh’s confirmation hearings and the legal fate of former Trump personal attorney and fixer Michael Cohen, who was sentenced to three years in prison on tax fraud and lying charges.

One retweet compared Stone’s complaints about use of force during his arrest to the lethal force that police have used on Black people, including Alton Sterling, Eric Garner and Philando Castile.

Hart said she decided to publicly reveal her role in Stone’s trial to show support for the four prosecutors who abruptly quit as the Justice Department moved to pull back their sentence recommendation of seven to nine years in prison for Stone. This happened in the hours after Trump slammed that recommendation as a “miscarriage of justice” on Twitter.

“The prosecutors who have now resigned did a masterful job of laying out every element of every charge, backed with ample evidence. As foreperson, I made sure we went through every element, of every charge, matching the evidence presented in the case that led us to return a conviction of guilty on all 7 counts,” Hart wrote in a Facebook post reported by The Commercial Appeal, a Memphis paper. “It pains me to see the DOJ now interfere with the hard work of the prosecutors. They acted with the utmost intelligence, integrity, and respect for our system of justice.”

A jury in November convicted Stone on all seven counts he faced, including obstructing an official proceeding, witness tampering and giving numerous false statements to lawmakers. He is scheduled to be sentenced next week.

Hart did not immediately respond to HuffPost’s requests for comment on Thursday.

Trump’s decision to publicly weigh in on Stone’s sentencing has been widely lambasted not only by Senate Democrats but by the American Bar Association, which cautioned that the president’s move could threaten democracy and the rule of law.

“The American Bar Association steadfastly supports judicial independence and the sound exercise of prosecutorial discretion,” the ABA’s president said on Wednesday. “Public officials who personally attack judges or prosecutors can create a perception that the system is serving a political or other purpose rather than the fair administration of justice.”

Sen. Lindsey Graham (R-S.C.) has also said in response to Trump’s behavior that “tweeting about an ongoing criminal matter is not appropriate.”