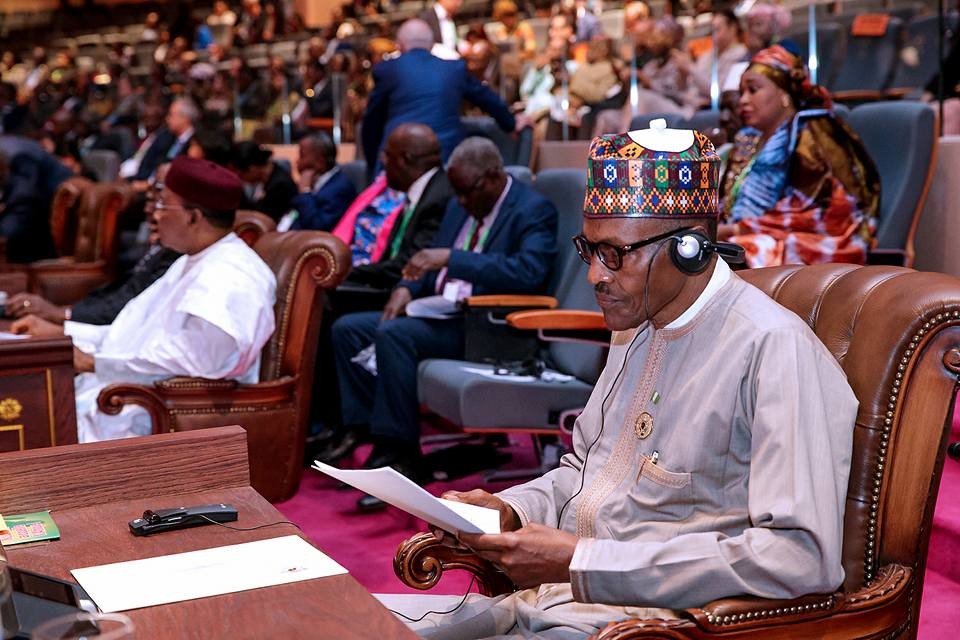 President Buhari on Sunday in Nouakchott, Mauritania called on nations where looted assets have been stashed to release them without the usually long technicalities involved in the process of reptriation .

Speaking during his introductory remarks as the leader of the African Union theme of the year, Winning the Fight against Corruption, A Sustainable Path to Africas Transformation, shortly before the commencement of the debate on the African Anti-Corruption Year, President Buhari said:

“We must all collectively work to place high on the agenda the need for open and participatory government, as well as the repatriation of stolen assets without procedural technicalities and legal obstacles”.

“During the last 6 months, we have engaged in multi-sectoral dialogue with a broad range of actors including parliamentarians, national anti-corruption agencies, civil society, media, youth and women groups and development partners. We have convened three (3) different regional Consultative Workshops in line with my campaign programme in an effort to sensitize our people on the evil effects of corruption on our societies. These workshops will be extended to other regional blocs as we continue the fight against corruption in a bid to transform our continent.”

The Nigerian President also informed the gathering of his intention to partner with the AU Chairperson to further push the frontiers of the anti-corruption battle: “I plan to convene the African Youth Congress in Abuja within the next quarter, and we will be working with the Chairman of the African Union, His Excellency, Paul Kagame and the Chairperson of the African Union Commission, to organize an Interactive Dialogue on the theme at the next session of the United Nations General Assembly in New York during the high level segment.”

President Buhari used the opportunity of the gathering to call on all other Member States that are yet to ratify the African Union Convention on Preventing and Combatting Corruption to take all necessary measures to sign and ratify it with a view to achieving its universal ratification during this calendar year as the Republic of Mauritius just did, becoming the 40th State Party to the Convention.

The President thanked African Heads of State and Government “for the continued support provided to me in driving and amplifying the African Union anti-corruption agenda. Your unwavering support remains a strong source of strength and encouragement as we look forward to an even more vigorous second half of this year.”

The AU theme of the year leader recalled that the meeting of the African Union Peace and Security Council held under the chairmanship of Nigeria in April 2018 highlighted the corrosive effect that corruption can have on societies, considered the link between corruption and conflict and its implications for peace and security in Africa and concluded by emphasizing the need to utilize South-South cooperation mechanisms through voluntary information exchange, mutual legal assistance and sharing of best practices among national anti-corruption agencies, audit agencies and investigative bodies.

President Buhari stressed that, “the scourge of illicit financial flows continues to bite, eating back the gains and militating against the attainment of our aspirations under Agenda 2063 and the Sustainable Development Goals of the United Nations 2030 Agenda.”

He reiterated Nigeria’s abiding commitment to the fight against corruption.