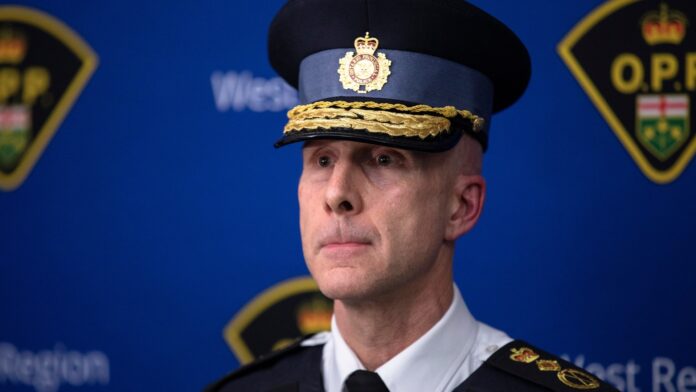 Canada’s provincial and territorial leaders are pushing Prime Minister Justin Trudeau to consider changes to Canada’s bail system, especially when it comes to some firearms offences.

In a Jan. 13 letter to Trudeau, the 13 premiers said they wanted to see a specific change that would make bail harder for those accused of a charge related to the offence of possession of a loaded prohibited or restricted firearm. They also called for a review of other firearms-related offences.

“There have been a growing number of calls for changes to prevent accused persons, who are out on bail, from committing further criminal acts,” reads the letter. “The justice system fundamentally needs to keep anyone who poses a threat to public safety off the streets.”

Increased calls for more stringent bail reform have been linked to the deaths of several police officers across the country in recent months.

In particular, Ontario Provincial Police Commissioner Thomas Carrique called for changes following the death of Const. Grzegorz Pierzchala. Randall McKenzie, who was out on bail and had a lifetime ban from owning a firearm, has been charged with first-degree murder in the fatal shooting.

McKenzie had been initially denied bail in a separate case involving assault and weapons charges but was released after a review, court documents show.

“The public safety of Canadians and our heroic first responders cannot wait. The time for action is now,” premiers conclude in the letter.

The premiers specifically call for the creation of a “reverse onus” for those charged under Section 95 of the Criminal Code, which includes offences for being in possession of a loaded prohibited or restricted firearm. 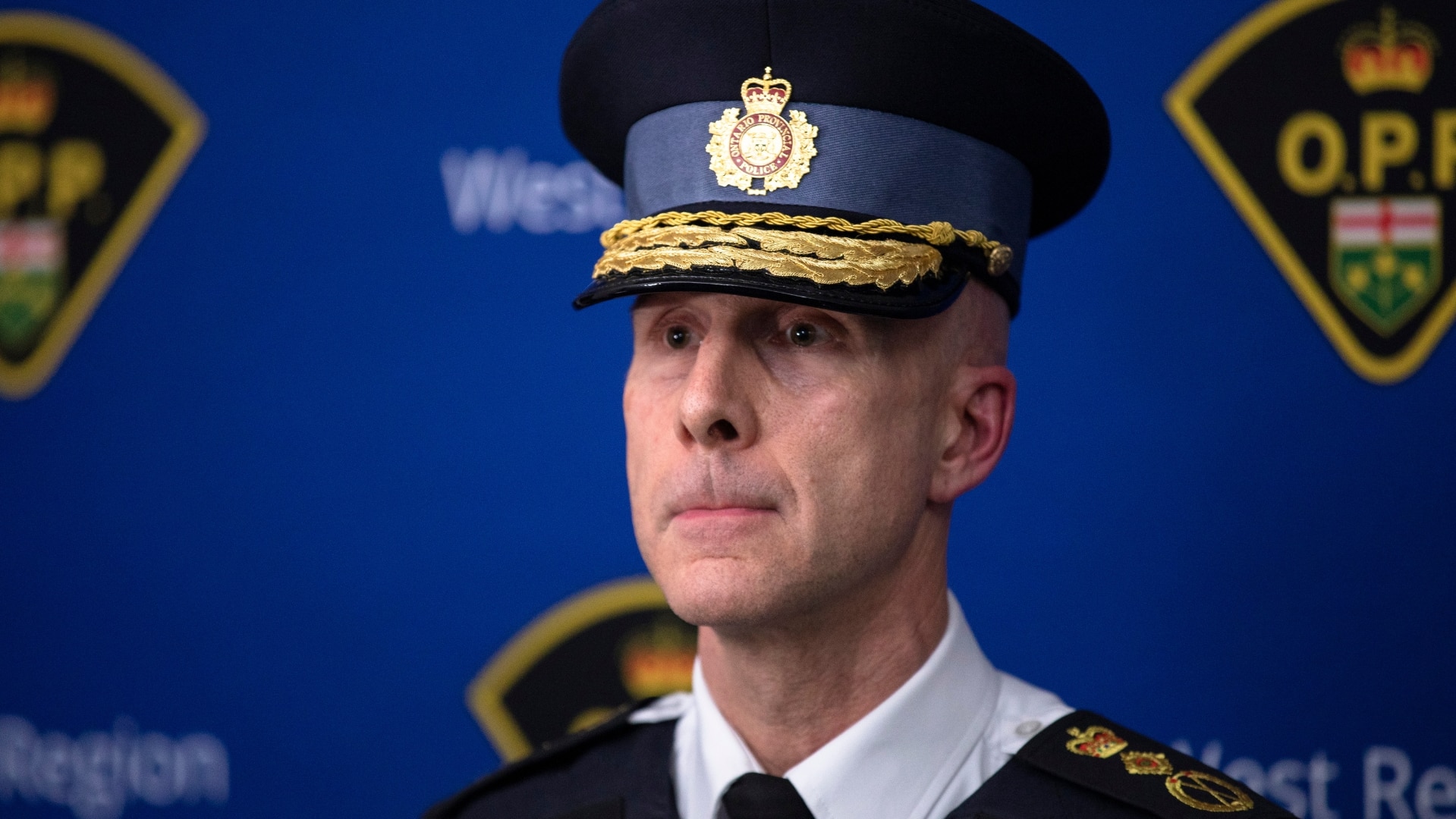 A man charged in the shooting death of an Ontario Provincial Police officer had been released on bail while facing charges including assaulting a police officer and possessing a handgun.

This means people charged with those offences would have to show why their detention before a trial is not justified. In most cases, the burden is on the prosecution to show why detention is justified. Canadians have a right under the Charter to “not to be denied reasonable bail without just cause.”

The premiers tell Trudeau in the letter that “a review of other firearms-related offences is also warranted to determine whether they should also attract a reverse onus on bail.”

Some experts argue the push for more strict bail reform shifts energy away from a focus on structural issues.

“Those problems are complex and deep and have very little to do with that moment at the beginning of the period of what could be somebody’s incarceration while they wait for a trial or in order to enter a guilty plea,” Métis lawyer Patricia Barkaskas, an assistant professor with the University of Victoria’s faculty of law, told CBC News in December.

Federal Conservative Leader Pierre Poilievre said in late December that Trudeau’s government should “reverse its catch-and-release bail policy,” referring to a law the Liberals passed in 2019 that updated bail provisions in the Criminal Code.

The law codified a “principle of restraint” that had been reaffirmed in a 2017 Supreme Court case, which directs police and courts to prioritize releasing detainees at the “earliest reasonable opportunity” and “on the least onerous conditions,” based on the circumstances of the case.

It also gave police more power to impose conditions on accused people in the community to streamline the bail process and reduce the number of unnecessary hearings, and it required judges to consider at bail the circumstances of people who are Indigenous or come from vulnerable populations. 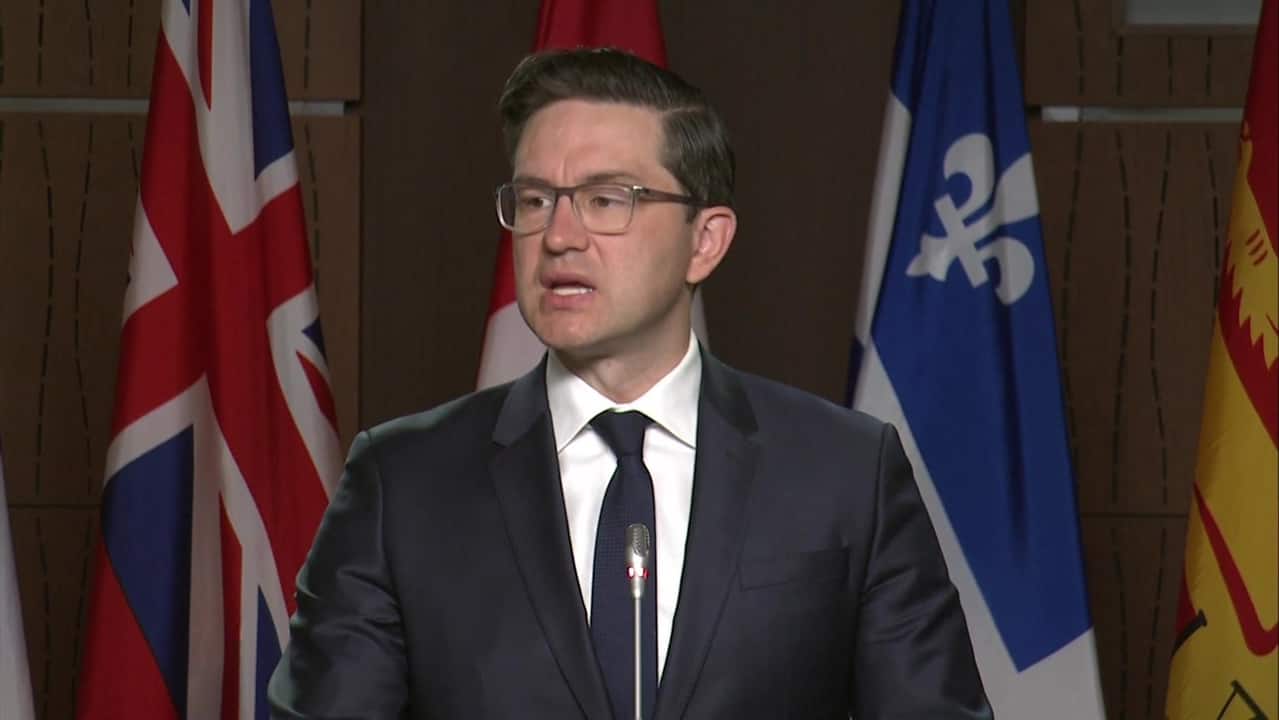 Conservative Leader Pierre Poilievre explains to reporters why he believes the bail system in this country needs significant reform.

Justice Minister David Lametti said last month Bill C-75 was largely developed with the provinces and was still being implemented, and that he is “very sensitive” to concerns about challenges associated with bail reform.

Reacting to the death of the OPP officer in December, Lametti said, “It is important to note that the bail laws are clear that detention of an accused person is justified if it is necessary to protect the safety of the public.”

Requests for comment from CBC News from the offices of the prime minister and justice minister were not immediately responded to Saturday.