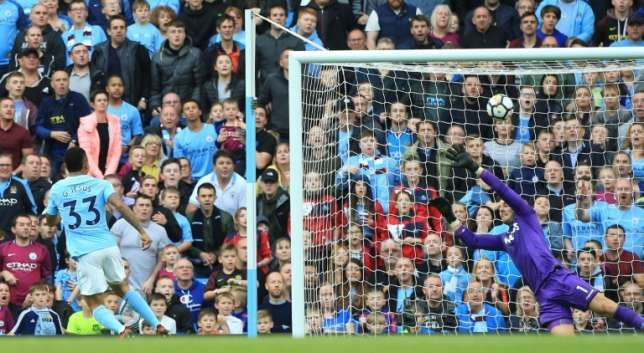 Nothing new happened in the matchday eight of the Premier League, Manchester City are still throwing carnage, Arsenal are still not ready for the new season while Jose Mourinho still has his big bus.

We however still had five things we learnt from these fixtures.

Manchester City continued their imperious form, dismantling Stoke City 7-2 at the Etihad. At this point, it is clear to everyone that this season’s Premier League title is Manchester City’s own to lose. They clearly have a grip on it now.

2. Manchester United do not have enough

Jose Mourinho travelled to Anfield with his team and a win was not on his agenda. With the way he set up his team, Mourinho came for a draw and got the result. Mourinho being an experienced head has won the league like this before, grind out results against the big teams and blow the small teams away but Manchester City were not challengers at that time. Parking the bus against Liverpool tells us Mourinho does not think he has enough to go all out against the big teams and that’s why they might lose the title.

3. No cause for alarm for Chelsea

Despite Chelsea’s loss, Antonio Conte has little to worry about (AFP)

Chelsea got the surprise of the weekend, losing away to Crystal Palace who were without a goal and a point before the game. But the 2-1 loss should not throw Antonio Conte and Chelsea into a panic. It’s a long season and Chelsea have time to recover. They are dealing with lots of injuries and loss of form at the moment and that should be Conte’s worry. The title might be out of reach, but Chelsea can still have a good season.

Talking about Arsenal’s problem now sounds like a broken record, everyone knows what’s wrong with the club but the 2-1 loss to Watford on Saturday made it glaring again. Almost everything needs to change at the club, from the manager to players to mentality.

Arsene Wenger’s naive substitutions and his players’ soft nature threw the game away for Arsenal. At this point, there is no running away from the truth, Arsenal are not going anywhere with this current set-up. They need changes and they need it fast.

5. Tottenham not over Wembley hoodoo

Tottenham got their first Premier League win at Wembley, but hold-on with the cheers for now, they are not over the hoodoo yet. No one can explain what happens to Tottenham at Wembley but there is something going on, a 1-0 win over Bournemouth proves that and it poses a threat to their ambitions this season.