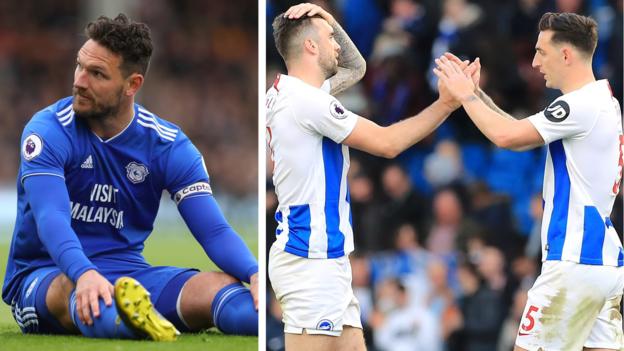 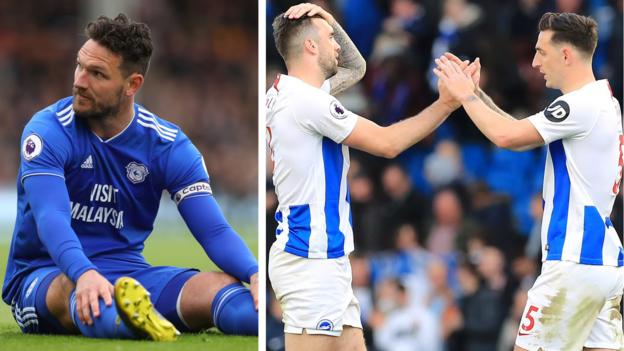 Brighton went into the evening kick-off against Newcastle knowing a win would all but guarantee their place in the top flight next season, but they needed a late Pascal Gross goal to earn a 1-1 draw following Ayoze Perez’s opener.

Ryan Babel’s stunning 25-yard effort gave Fulham a 1-0 win over Cardiff, meaning the Bluebirds must now realistically win both of their remaining games to have any chance of staying up. One more victory for Brighton would be enough for them.

Michail Antonio’s brilliant second-half goal ensured West Ham became the first visiting team to win at Tottenham’s new ground. Spurs previously had a 100% record at the Tottenham Hotspur Stadium, but this defeat – only the Hammers’ third away win of the season – means Spurs have work to do to be assured of a top-four finish.

Bournemouth’s Callum Wilson bundled in an 86th-minute equaliser to give Bournemouth a share of the points in a 3-3 thriller at Southampton.

The away side were 2-1 up at half-time, but goals from James Ward-Prowse and Matt Targett gave Saints the lead in the second half. However, the point earned by Ralph Hasenhuttl’s side, together with Cardiff’s defeat, means Southampton are safe from relegation.

Wolves stay in seventh place after a 2-1 win away to Watford. Diogo Jota grabbed the decisive goal 13 minutes from time to send Watford down to ninth in the table.

Everton lost ground in the race to possibly take a place in the Europa League next season with a goalless draw at home to Crystal Palace.

In the Championship, Norwich sealed their promotion to the Premier League with a 2-1 win over Blackburn, while Sheffield United are all but guaranteed promotion after they beat Ipswich 2-0.