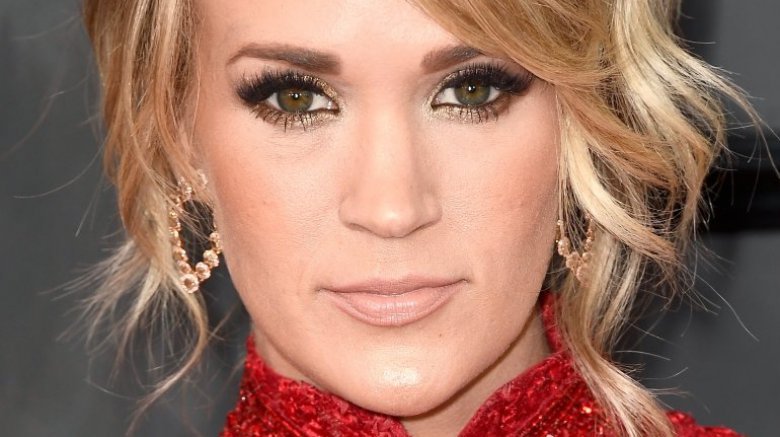 Country music star Carrie Underwood is opening up about her pregnancy struggles.

During her appearance on CBS Sunday Morning on Sunday, Sept. 16, 2018, the “Love Wins” singer revealed that she’d suffered multiple miscarriages prior to her current pregnancy with baby no. 2.

The American Idol alum relied on her faith and songwriting to work through her grief at the time, noting that her latest record, Cry Pretty, which was released on Friday, Sept. 14, “speaks to a lot of things that have happened in this past year.” Underwood also recently faced a long recovery after seriously injuring her wrist and face in a nasty fall last November. “I had always been afraid to be angry, because we are so blessed,” she continued, but added that one night she “got mad” and prayed. “I was like, ‘Why on Earth do I keep getting pregnant if I can’t have a kid? Like, what is this? Shut the door. Like, do something. Either shut the door or let me have a kid.'”

Shortly after this, the Grammy winner’s doctor thankfully confirmed that “everything was great” with her current pregnancy.

As Nicki Swift previously reported, Underwood first announced that she and her husband, NHL pro Mike Fisher, 38, were expecting their second child together in early August 2018. The couple are already parents to son Isaiah, whom they welcomed in February 2015. In a video shared on Instagram, the proud mom exclaimed, “Mike and Isaiah and I are absolutely over the moon and excited to be adding another little fish to our pond!”

Unfortunately, Underwood isn’t the only celeb to recently open up about their pregnancy struggles. Just last week, Backstreet Boys singer Nick Carter revealed that his wife, fitness expert and actress Lauren Kitt, had sadly suffered a miscarriage while pregnant with their second child. “God give us peace during this time,” the “Don’t Go Breaking My Heart” singer tweeted on Monday, Sept. 10. “I really was looking forward to meeting her after 3 months. I’m heartbroken.”