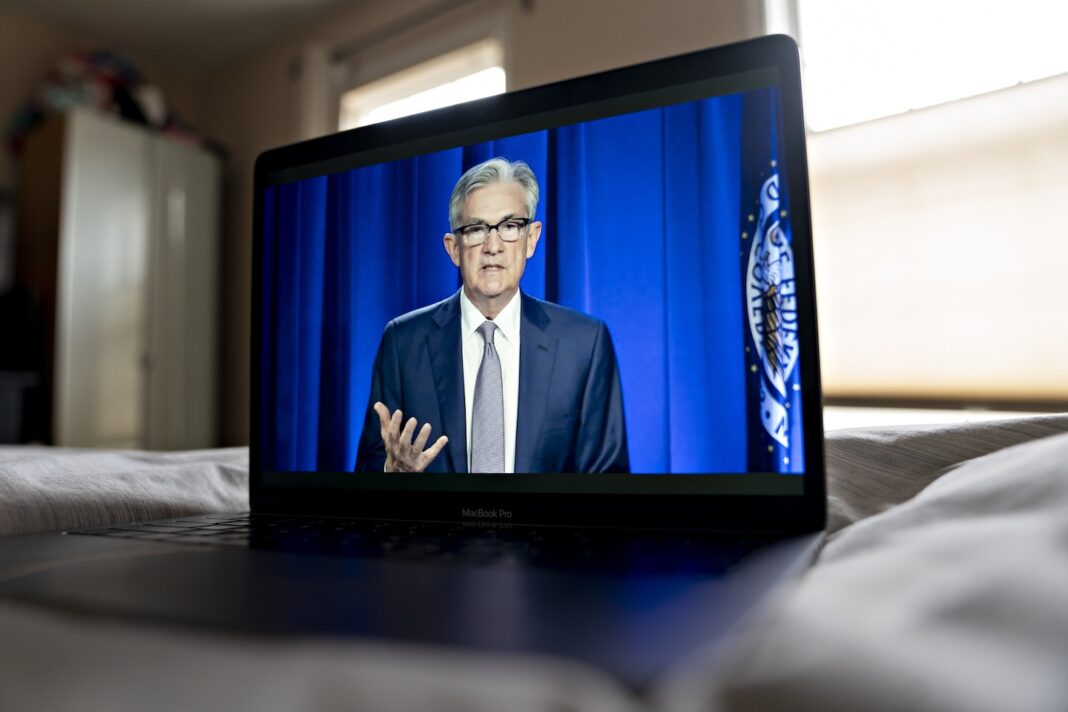 Powell warned that the downturn could widen economic gaps and inequalities that had begun to narrow during the economic expansion.

Powell framed the current economic crisis as one wholly unlike past recessions. In 2020, apart from government stimulus or monetary policy, the path forward rests on controlling a deadly pandemic and giving the public confidence that the disease is contained. And so far, the public health crisis has spiraled on, with several states facing spikes in coronavirus cases.

“Much of that economic uncertainty comes from uncertainty about the path of the disease and the effects of measures to contain it. Until the public is confident that the disease is contained, a full recovery is unlikely,” Powell said, according to the statement.

He noted signs of progress as businesses reopen and the government extends loans and grants, but warned the “significant uncertainty remains about the timing and strength of the recovery,” jeopardizing the gains made by many disadvantaged Americans since the Great Recession, Powell said in prepared remarks.

“The longer the downturn lasts, the greater the potential for longer-term damage from permanent job loss and business closures. Long periods of unemployment can erode workers’ skills and hurt their future job prospects,” Powell said.

Powell also recognized “communities across the country where Americans are grappling with and expressing themselves on issues of racial equality.” For weeks following the death of George Floyd in police custody, protests swelled across the nation and placed sharp, renewed attention on systemic racism and American policing.

The Fed’s maneuvers to steer the economy toward a recovery in this public health crisis have gone far beyond its interventions during the Great Recession. The central bank’s historic efforts could grow its balance sheet to $10 trillion by the end of the year, and interest rates will likely stay at or near zero through 2022.

On Monday, the Fed launched its much-anticipated Main Street Lending Program, aimed at helping small and midsized businesses. The central bank also said it would start buying a slew of corporate bonds of large companies, including those that aren’t asking for relief.

Still, Powell has emphasized that the recovery will take time and that more aid will be needed from Congress as millions of Americans risk permanently lose their jobs. Last week, the Fed predicted that unemployment will only fall to 9.3 percent by the end of this year and 6.5 percent by the end of 2021.

Powell, in response, said he did not believe the balance sheet presented any real threat to inflation or the country’s financial stability, and that the Fed is focused on providing any accommodation the economy needs “for as long as it needs it.”

Sen. Patrick J. Toomey (R-Pa.) asked why the Fed decided to begin buying corporate bonds and if the program comes with an exit strategy.

Powell said the Fed wanted to be in position “if things turn out bad for the economy.”

“I don’t see (the bond-buying program) as wanting to run through the bond market like an elephant, snuffing out price signals and things like that,” Powell said.

Toomey added that despite calls for further relief from Congress, much of the already-authorized stimulus has not been spent. He pointed to data released earlier Tuesday which showed that retail sales spiked 17.7 percent in May, along with last month’s jobs report which showed the U.S. workforce added 2.5 million jobs.

“I think we should be careful in evaluating what’s necessary before we go forward,” Toomey said.

Democratic lawmakers pressed Powell on how the Fed’s response will target low-wage, minority workers, particularly black Americans and women, who have suffered some of the deepest job losses. Last month, the black unemployment rate rose to 16.8 percent, while white unemployment fell to 12.4 percent.

Sen. Sherrod Brown (D-Ohio) asked Powell if the Fed would commit to a study on how the central bank’s policy contributes to systemic racism in the economy, and Powell said he would discuss with his colleagues before making a commitment. Sen. Elizabeth Warren (D-Mass.) asked Powell whether the economy could be described as “healthy” when Americans are divided by “serious racial gaps.”

“I think that’s a longer-run weakness in our economy,” Powell said. “That is not a healthy feature of our economy.”

Powell will testify on the hill again on Wednesday, before the House Financial Services Committee.

The most severe job losses have hit low-wage earners. That includes low-income black and Hispanic Americans, and especially women, who held restaurants, retail and hospitality jobs that vanished as the country entered lockdown. A recent Fed survey showed that among households with an annual income of $40,000 or less, nearly 40 percent of workers in February experienced job losses in March or early April, compared to 20 percent of the overall population.

Still, critics say that the Fed’s crisis response — including low interest rates that have lifted the stock market — is only widening economic inequality. Those who don’t have significant savings or investments can’t benefit from the market’s resurgence in the same way as wealthier Americans.

Powell has said the Fed’s emergency response kept the economic downturn from deepening even further. And Fed leaders have been arguing that Congress is better equipped to send aid directly to households and businesses. In recent days, presidents of regional Fed banks have called on lawmakers to boost spending on education, digital infrastructure, health and child care to make for a stronger economy that is also more equitable in the long term.

Also on Tuesday, former Fed chief Ben Bernanke, wrote a joint letter calling on Congress to roll out more relief and prevent “prolonged suffering and stunted economic growth.” The letter was signed by Bernanke, Heather Boushey, president and CEO of the Washington Center for Equitable Growth, and Cecilia Rouse, dean of the Woodrow Wilson School of Public and International Affairs at Princeton University, and endorsed by more than 100 scholars, including former Fed chief Janet Yellen, three former chairs of the Council of Economic Advisers and two Nobel laureates.

Signatories said additional aid is especially needed for black, latino and Native American communities which have been disproportionately hurt by the pandemic and economic crisis. Further legislation should provide “continued support for the unemployed, new assistance to states and localities, investments in programs that preserve the employer-employee relationship, and additional aid to stabilize aggregate demand.”

“An adequate response must be large,” the letter states, “commensurate with the nearly $16 trillion nominal output gap our economy faces over the next decade.”