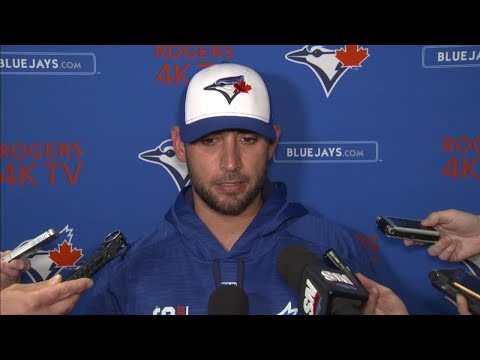 By all accounts, Sean Manaea is not feeling any pain in his arm and while players aren’t always entirely truthful with coaches or with media one has to, at this point, take him at his word. So you can understand the A’s continuing to trot Manaea out there even if his fastball velocity is down and even if he is struggling to get batters out.

After all, if you want a pitcher to build up arm strength and stamina for a full season’s workload, then you have to let him reach higher and higher innings markers. If you want a pitcher to emerge from a “dead arm” period effectively, you have to let him work through it rather than scaling back as a precaution only to perpetuate a pitcher’s inability to get through that stage.

All this makes sense, unless…Unless “dead arm” is a sort of injury, just not one borne of pain, which is the marker we tend to use to define injury. An injury hurts, right? Pain is the symptom that reveals injury, right? Maybe, maybe not, and this is my concern.

The body has many ways of protecting itself, of signaling disequilibrium, of revealing change – be it change for the better or for the worse. To me, a “dead arm” feeling, and the accompanying inability to reach, or sustain, normal velocity, is in and of itself a warning sign the body is giving. It is probably a sort of muscle/ligament fatigue, which is distinct from a tear or strain. I feel a “dead leg” feeling if I exercise too much without a break. Medically, it is probably a deficit of lactic acid or some similar consequence of working muscles faster than they can properly “drink” and “breathe” the way they need to. It is not pain that I am feeling at these times, but it is a clear warning signal that if I persist I will be feeling pain soon because I am pushing those muscles towards injury.

As hard as pitching is on the arm, my sense is that these “dead arm” phases should be managed as if they were injuries, as a proactive way to stop a “dead arm” from becoming an injured arm. It’s one thing if a pitcher such as Manaea cannot hit 93MPH due to a mechanical flaw, but if it is related to the “dead arm” feeling it’s a significant message that the arm needs a break.

“Pushing through” is a very old school concept that was routinely proffered by trainers who pressured clients into not listening to their body until it finally screamed “Uncle!” and refused to persist. A more modern concept that I would suggest the A’s embrace is to be “mindful” of the body as a champion communicator with limited tools. No, the arm won’t use words to complain or warn, but it will find ways if you listen. I recommend listening.

The first thing I want to observe about Boog Powell is that to my eyes he is the best defensive CFer the A’s have put out there this season. Rajai Davis is 36 and has always tended to have to outrun mistakes, and Jaycob Brugman is clearly best suited to a corner. In Powell, the A’s finally appear to have a CFer who gets good reads, takes excellent routes, has great instincts, and knows how to play fundamentally sound. The only bad read I’ve seen was the one Powell caught with a sliding catch after starting back on it, but that has been rare. I really like what I’ve seen from him in the outfield and think he will push Dustin Fowler for the moniker of “A’s best defensive option out there”.

When asked who he models himself after, or reminds himself of, Powell named Brett Gardner. I don’t think that’s the right comp, though, partly because while Yankees Stadium makes Gardner appear to have more power than he does, Gardner does legitimately slash the ball hard enough to all fields to knock doubles alley to alley. (In contrast, Powell’s double off the right field wall Tuesday night was his first XBH in 55 career plate appearances.)

However, I do have a comp in mind – whether it’s one you like or dislike depends on how you feel about him. Powell reminds me a lot of Twins rookie Zack Granite. Now Granite looked great against the A’s, but has slumped his way to currently sporting a slash line of .250/.314/.281. But Granite showed smooth instincts and fundamentals in CF, knowledge of the strike zone and the ability, as well as willingness, to spray balls to all fields despite possessing little in the way of power or slugging.

Granite is still a worthy prospect, with the possibility that he won’t hit or slug enough to earn a regular starting job. That probably describes Powell as well. Hopefully Powell has more pop, but I wouldn’t necessarily count on it – the question is how good can he be without slugging much, and the answer is, “So far, so pretty good.”