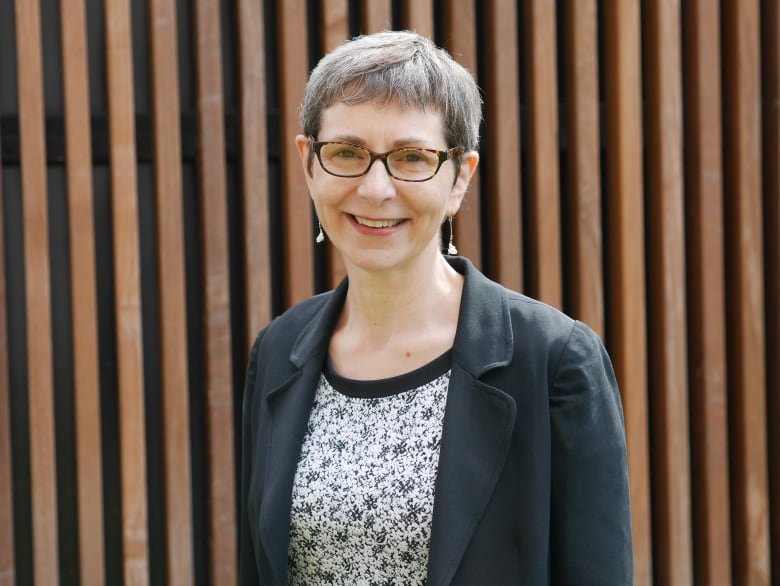 As Canadians yearn for an end to the COVID-19 pandemic and a time they can once again hug their elderly loved ones or gather in large groups without fear of infection, many are pinning their hopes on unprecedented global efforts to develop a vaccine against the virus.

But even though most infectious disease experts say the earliest possible timeframe would be at least a year or two away, anti-vaccination groups are already well into online and social media campaigns stoking doubts about the safety — and even questioning the necessity — of a coronavirus vaccine.

“I just am astonished at how early the anti-vaccine narrative has started,” Dr. Natasha Crowcroft, a vaccine expert at the University of Toronto’s Dalla Lana School of Public Health, said in an interview with CBC’s The Dose health podcast.

“And unless our public health leaders can generate a lot of trust, it’s going to be very, very difficult.”

That’s because anti-vaccination groups have become extremely savvy communicators and “seem to be much better” than public health experts at reaching out to a variety of people with different ideologies — from those who distrust pharmaceutical companies to those protesting public health lockdowns aimed at curbing the spread of coronavirus, Crowcroft said.

Anti-vaccination groups in both Canada and the U.S. are positioning themselves as advocates for what they call “personal freedoms” and “medical choice” in the midst of the coronavirus pandemic — posting content online and on social media that not only targets vaccination, but also protests the closure of businesses, physical distancing requirements and the wearing of masks.

Vaccine Choice Canada — one of the most high-profile anti-vaccination organizations in this country, announced in a letter posted to its website on May 13 that it was “launching legal action against the Government of Canada and others for violating our rights and freedoms during the COVID-19 outbreak.”

In a June 18 episode of Digi-Debates posted on YouTube, the president of Vaccine Choice Canada, Ted Kuntz, claimed that COVID-19 was no more deadly than influenza — and argued that a vaccine was unnecessary.

But infectious disease and public health experts widely agree that COVID-19 is far more lethal than the flu. According to the Public Health Agency of Canada, more than 8,500 deaths in Canada have been related to COVID-19. Based on the agency’s most recent available data, deaths from influenza were far fewer. The 2018-19 flu season claimed the lives of 224 people, while just over 300 people died of influenza in the 2017-18 season.

CBC reached out to Vaccine Choice Canada via its media relations email address and also sent a Facebook message to Kuntz inviting him to comment further but did not receive a response before deadline.

LISTEN | How close are we to an effective vaccine for COVID-19?

As we continue to grapple with the COVID-19 pandemic, most of us are anxious to return to normal life, when we can hug our elderly parents or grandparents and once again gather in large groups. Many experts say that can’t happen safely until a coronavirus vaccine is developed. In this unprecedented time, researchers around the world are working toward that goal, but it has to be done safely and follow a careful scientific process. Dr. Natasha Crowcroft, a vaccine expert at the the Dalla Lana School of Public Health at the University of Toronto, joins host Dr. Brian Goldman to help explain how close we are to an effective vaccine against COVID-19, the barriers we must overcome to get there, and what we need to do in the meantime. 20:40

Part of the strategy used by anti-vaccination groups has been to take legitimate cautions by some well-recognized physicians in the U.S. that the quest to find a coronavirus vaccine must not be rushed and that it must go through all of the necessary steps to ensure it is safe and effective — and then misrepresent those comments as arguments against a vaccine, said Jonathan Jarry, a science communicator in the Office for Science and Society at McGill University in Montreal, which has a mandate to debunk misinformation for the public.

“We have the beginnings of a perfect storm on our hands [to fuel vaccine misinformation],” Jarry said.

In the midst of a worldwide pandemic and an unprecedented effort to develop a vaccine as quickly as possible, many people have questions and anxiety about the process, he said.

To combat that, both Crowcroft and Jarry agree, it’s essential that public health officials, physicians and community leaders talk openly and transparently with Canadians about the vaccine development process and directly answer their questions and concerns — and they need to start now.

“There’s a small sliver of the population that is ferociously anti-vaccination. And it’s very difficult to reason with these people,” Jarry said.

“But there’s a larger segment of the population that is vaccine-hesitant. And that is where our efforts need to be invested.”

‘The current situation is so different’

One of the key concerns that needs to be directly addressed is how a coronavirus vaccine can be developed more quickly than any vaccine before it and still be safe, Jarry said.

The answer, Crowcroft said, is that “the current situation is so different that it is possible to get through the development steps faster without cutting any corners that might compromise safety.”

A big part of the reason for that, Crowcroft said, is that scientists often come up with a vaccine candidate but have a difficult time getting funding to move it to the next phase of clinical trials, because every trial stage is expensive and pharmaceutical companies are hesitant to risk spending enormous amounts of money on a product that could fail at the next stage. Plus, there’s often no guarantee there will be a market for the vaccine even if it does work.

But in the midst of a pandemic, the pharmaceutical industry is confident that the demand for a vaccine exists, she said. In addition, governments around the world are providing funding for vaccine development, which removes the potential for a huge financial loss if a company invests in a vaccine candidate that doesn’t succeed in the end.

“Governments are helping to speed things up by funding the trials so they can go on in parallel and/or the gaps between each step are shorter, without the long delays for decision-making about whether the company wants to take the [financial] risk of moving forward,” said Crowcroft, who was recently appointed a senior technical adviser for the World Health Organization’s measles, mumps and rubella program.

Because of that, there are more than 100 different vaccine candidates in various phases of research at the same time around the world, increasing the odds that at least one, possibly more, will prove to be safe and effective, she said.

WATCH | States brace for impact of COVID-19 surge in U.S.:

Some parts of the U.S. are bracing for the impact on hospitals as cases of COVID-19 surge amid a lack of political will to respond. 2:01

Because of advances in genetic sequencing, scientists’ ability to learn about a new virus is also more advanced than it has ever been in the past, giving researchers a head start in figuring out what part of it to target with a vaccine.

“Nothing in the history of humankind has ever been seen like this before,” Crowcroft said.

Finally, she said, amid all the hype as companies put out news releases boasting about their progress in vaccine development,  it’s “important to remember that the press release does not determine whether a vaccine will eventually be used.”

It’s up to each country’s regulatory agency, such as Health Canada, to determine whether a vaccine can be used and be independent of any industry influence.

“Safety cannot be compromised,” Crowcroft said. “Health Canada will see to that. It is their statutory responsibility.”

In an emailed statement to CBC, Dr. Theresa Tam, Canada’s chief public health officer, said that before any vaccine is approved for use in this country, “Health Canada conducts rigorous scientific reviews and testing of the vaccine to assess the quality, safety and effectiveness.”

“Once a vaccine is in use, health authorities continue to monitor the vaccine to ensure ongoing highest standards of safety.”

But if these kinds of questions about safety, as well as other concerns, aren’t dealt with directly by public health officials — or if the public doesn’t trust them —  anti-vaccination voices will fill that void with misinformation, Jarry warns.

The most effective way to talk to people who are vaccine-hesitant, he said, “all boils down to empathy and to listening and to building trust.”

It’s important not to criticize people for expressing concerns, even if they are based on misinformation that has long ago been debunked, he said.

We’ve already seen the toll that vaccine refusal can take with the re-emergence of measles, he said.

Crowcroft estimates that for a coronavirus vaccine to be effective at protecting the population, between 60 and 70 per cent of people need to be immunized.

“I’m not sure we’re doing everything we can yet to prepare,” she said. “We really do need to start, you know, having those discussions with communities and building relationships so that they do trust in their [public health] leaders.”

In her statement to CBC, Tam said she recognized that “vaccine hesitancy is still very much an ongoing issue within Canada and worldwide.”

“In collaboration with my provincial and territorial colleagues and other stakeholders, foundational work has already begun to prepare for the possible release of a safe and effective COVID-19 vaccine in Canada, if and when it becomes available,” Tam said.

That work, she said, would include “developing strategies and resources to inform and educate to build vaccine confidence as well as combat stigma, misinformation and fear around the release of a new vaccine.”

The Public Health Agency of Canada, which Tam heads, said in a separate statement to CBC that “efforts to inform and educate to build vaccine confidence are part of the agency’s regular business” and that it would use similar information and social media campaigns “when a new COVID-19 vaccine is released to ensure that Canadians have the proper information to inform their choice to receive the vaccine when available.”