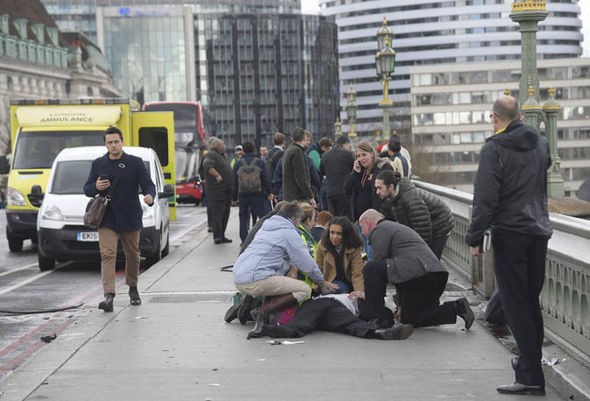 At 10.30pm today, a white van at London Bridge reportedly ran over 20 people amidst stabbing and rapid gunfire. A witness claims she saw three people with their throats cut and one of the casualties is possibly a police officer.

According to Daily Mail, other witnesses said they saw three men, described as being ‘of Mediterranean origin’, jump out of the van and began ‘randomly stabbing people’ along Borough High Street with 12-inch long knives.

Armed police, bomb squad are at the scene of the attacks and boats are searching the Thames river for possible suspects. Buses are being diverted and the police have asked pedestrians to run as fast as they can, westbound, away from the scene.

Routined buses are being diverted and the bridge is on lock down. Areas around are now closed. Police entered bars and resturants in the area, telling customers to get down on the floor in case of further attacks.

So far there has been no official statement from the Metropolitan Police other than a Twitter message posted at 10.28pm which stated: “We are dealing with an incident on #LondonBridge, when we have more information we will update this twitter feed”.

We are aware of reports on social media. We will release facts when we can – our info must be accurate #LondonBridge