Pool permits soar as retailers prepare for another ‘unreal’ summer 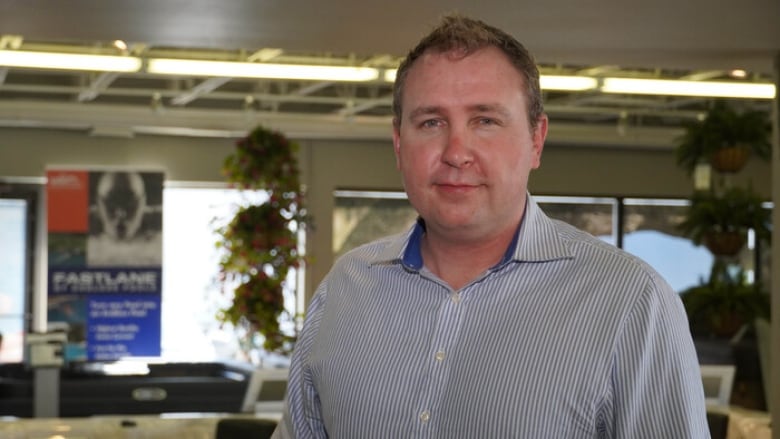 Some businesses that sell swimming pools and other pool-related products in Ottawa say they’ve never seen demand like this, and they likely won’t have the stock to meet it.

The COVID-19 pandemic has people staying at home and thinking of their backyards, while also having extra money they’re not spending on vacations, restaurants or entertainment, said Phil Morneault, sales manager for Mermaid Pools.

“If people want a pool or a hot tub, I’d say book an appointment for sometime two weeks ago,” quipped Morneault.

“It’s a global shortage, and city-wide. It’s a real thing.”

Mermaid Pools has sold out of in-ground pools, and like other companies, is now booking installations for 2022.

Even during a big heat wave, we don’t get that type of demand.– Gabrielle Rosler, Campbell Pools

And while it’s typically not a problem to install an above-ground pool in May, during the pandemic, local companies are booked through to mid-summer.

Many customers are instead buying kits for above-ground pools to install themselves — with some calling from as far away as Alberta and B.C., said Gabrielle Rosler, general manager of Campbell Pools.

“Those are things we have never heard of, never seen,” Rosler said. “Even during a big heat wave, we don’t get that type of demand.”

Permits up 80 per cent in Ottawa

A concrete sign that business is booming are the applications to the City of Ottawa for pool enclosure permits.

Every private outdoor pool installed in Ottawa needs a permit showing it has an acceptable fence installed to prevent young children from getting near the water.

That rise was mostly due to the pandemic-related demand, said Steve Willis, the city’s general manager of planning, infrastructure and economic development, at planning committee Thursday.

Some pool enclosure permits, he noted, also came from residents who needed to repair pools damaged during tornadoes of recent years.

Morneault said there was “nothing left in the warehouse” after demand soared last year.

While Mermaid Pools has tried to secure as much stock as it can for this season, suppliers will only provide so much, Morneault said.

And every week, he’s alerted someone is increasing their prices.

“It’s industry-wide, and global, which presents a bunch of challenges for us,” said Morneault, citing shortages of raw materials, labour, and disruptions of supply chains due to the pandemic and even the winter storm that hit Texas.

Pool liners, for instance, are almost impossible to get, he said.

According to Rosler, residents were thinking of backyard swimming even in the depths of winter, and have already called to reserve pumps, heaters and automatic cleaners.

“It’s unreal. There was no downtime,” said Rosler of the winter season, when the industry typically regroups.

“If we have another heat wave this May, it’s just going to be bananas.”