In trying to contain COVID-19, we could be missing spread of HIV, hepatitis C and syphilis, experts warn 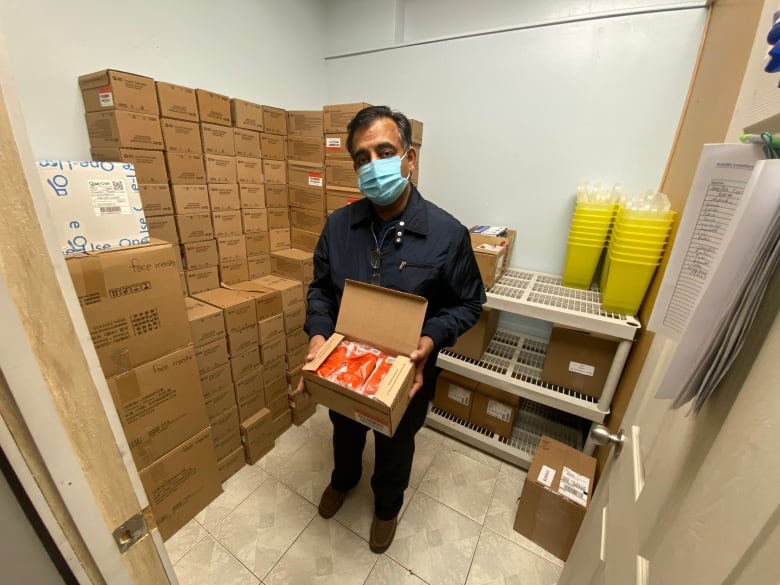 For more than a year, the COVID-19 pandemic has shifted health-care workers and resources away from stopping the spread of other infectious diseases, including HIV, hepatitis C and sexually transmitted infections such as syphilis.

“When you look across the country, the anecdotal evidence is that testing is almost non-existent,” said Lacasse, adding that official statistics from Health Canada are always two years behind.

“The gains we have made over the past years are lost,” Lacasse said. “That’s what’s really discouraging.”

While there’s no national data about testing for infectious diseases beyond COVID-19, numbers released by the Saskatchewan government this month offer a glimpse of what one province is up against.

Testing in Saskatchewan has plummeted and some infections have spiked. Experts are warning that it could take years to recover from this setback.

“It’s going to create a situation where we, at least for some time, lose control of preventing the spread of HIV and hepatitis C,” said Vidya Reddy, education coordinator for AIDS Program South Saskatchewan (APSS).

Unlike other parts of Canada, where exposure to HIV is largely due to male-to-male sexual contact, injection drug use is the primary risk factor for contracting HIV in Saskatchewan.

Reddy works at a drop-in centre on the edge of Regina’s north central area that has kept its doors open throughout the pandemic. APSS handed out 1.4 million needles to drug users in 2020, but has been forced to suspend its testing clinics for blood-borne and sexually transmitted infections for more than a year.

That’s because public health nurses from the Saskatchewan Health Authority who used to set up at the centre to conduct testing every Thursday afternoon were diverted to COVID-19 testing and contact tracing.

As a result, Reddy said injection drug users are “slipping through the cracks.”

“They are at high risk. But to tell them, you know, go here, go there for testing, that doesn’t work, because they feel they’re just not comfortable.”

According to the Public Health Agency of Canada, one person is infected with HIV every four hours in this country.

HIV testing has dropped by 30 per cent in Saskatchewan since the start of the pandemic because resources have been redirected to fight COVID-19. The province’s HIV rate is three times the national average and experts say it could be catching up on the impact from the missed tests for years. 2:03

Danita Wahpoosewyan was diagnosed with HIV in 2005 and works as a peer mentor to other people living with the virus in Regina. The former drug user would inject cocaine and morphine, but now she’s concerned about the rise of fentanyl in her community, and the likelihood of undetected HIV cases.

“In the community, families do drugs together. You know, I did drugs with my daughter, my sister, my brother, my nieces, my nephew, and that’s the way it is in this community in north central [Regina],” she said.

The 55-year-old grandmother said people are already resistant to getting tested because of stigma and shame, so restricted access to testing doesn’t help.

30% drop in HIV testing during pandemic

Before the pandemic, Saskatchewan health officials felt they were gaining momentum on the testing front.

Dr. Alex Wong, an infectious diseases specialist who treats HIV patients at Regina General Hospital, said the slight dip in newly diagnosed cases is misleading because of the decrease in testing.

“The fact that we have a relatively similar number of cases, and actually slightly higher cases here in Regina, and the fact there’s been such a significant decrease in testing, means that there’s lots of people who are undiagnosed who aren’t accessing testing and services,” he said. “You’re just going to see more cases.”

Wong said pandemic isolation and anxiety exacerbated high-risk behaviour at the same time that access to services became more limited. Many people don’t seek out testing but will consent to screening when they visit a doctor’s office. However, those in-person visits have been scaled back. As well, many labs and clinics now require virtual or scheduled appointments.

When people do access health care, antiretroviral treatment of HIV can suppress the viral load to undetectable levels and minimize the spread to others.

In November 2020, Health Canada approved a self-test kit for HIV — a simple finger-prick blood test that people can do at home — but it’s not widely available in communities yet.

According to the Saskatchewan government’s figures, in 2020, testing for hepatitis C dropped by 20 per cent.

Khan believes injection drug use, which can spread HIV and hepatitis C, also fuels unprotected sex. In the past year, he’s become alarmed by a spike in cases of syphilis, a highly infectious sexually transmitted infection, on Saskatchewan First Nations.

WATCH | An explainer on the HIV epidemic on First Nations:

To the west, Alberta Health Services has been grappling with record cases of syphilis since 2018, when it recorded 12 stillborn births and 1,753 newly diagnosed cases.

Khan is most disturbed to see syphilis in childbirth.

“There has not been a baby born in Saskatchewan to a mother with syphilis since 2014. In the past year, there have been cases of this happening,” he said.

When a mother passes syphilis to her child in utero, it can lead to stillbirth or congenital syphilis in the infant, which can cause long-lasting health problems.

‘We have to keep it on the radar’

Finding the balance between dealing with the pandemic and managing other chronic diseases is a daily struggle for public health experts with the Saskatchewan Health Authority (SHA).

Dr. Stuart Skinner has dedicated much of his career to stopping the spread of infectious diseases in the province. He’s the director of Wellness Wheel, a non-profit organization comprised of physicians and nurses who aim to increase access to care for Indigenous people.

“COVID has taken over everything,” he said. “It’s hard, because you’re torn in so many different ways. We’ve built lots of programs and momentum and … it goes on pause, basically, because there’s this pandemic.”

With resources stretched to the limit, he hasn’t lost his resolve to resume HIV work.

“We need to ramp up right away — now. We need to try to find a way to increase services for patients with non-COVID-related illness,” said Skinner.

“HIV is frequently the product of complex social issues which make it difficult for individuals to be connected to a consistent care provider, engage in and adhere to treatment,” the ministry said in a statement.

Margaret Kisikaw Piyesis, head of the Canadian Aboriginal AIDS Network, said stopping the spread of infectious diseases will require much more than health-care resources. The root problems — poverty, homelessness, mental health and addictions issues, as well as generations of trauma — are complicated and far-reaching, she said.

“We need to look at Indigenous ways of looking at solutions for Indigenous people. So it’s not all about providing a clean needle. That’s very important. But it’s looking at the next step,” said Piyesis.

It’s a message echoed by Wong, who says contracting HIV is usually the symptom of more complicated social and economic woes.

“I admit that these are not simple, trivial problems to fix. But I don’t think it’s so simple to talk about it now as just an HIV problem, or a hepatitis problem, or even an overdose problem. It’s a societal problem.”