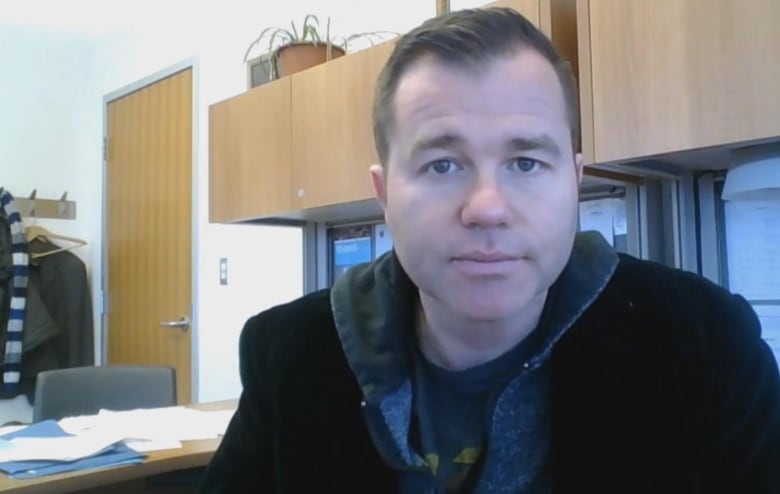 Police services across Ontario are facing growing calls for reform, yet the issue has been largely left off the political radar during this provincial election campaign, public safety experts told CBC News.

Its absence from the campaign trail shouldn’t come as a surprise, and that’s a problem, said Michael Kempa, a professor of criminology at the University of Ottawa.

While politicians often try to capitalize on public safety crises to raise and maintain their political profiles and push for certain reforms, Kempa said, they can be “electoral dynamite” during campaigns.

“If you say the wrong thing about policing and security reform during an electoral cycle, you’re dead politically. The police unions will come after you. Different community groups that may not share your views, they come after you.”

Kempa said it’s a problem because people are looking for political leadership to see who will prepare the policing system for the next generation.

Conversations about policing must be ongoing

In the last few months, police chiefs in Ottawa and Windsor resigned in the wake of protests by truckers and their supporters in the national capital and along North America’s busiest border crossing.

The Thunder Bay Police Service (TBPS) has once again come under increased scrutiny, including an administrator being appointed to oversee the police board for the second time in four years. The service is facing external investigations into officer misconduct, human rights complaints filed against police brass, and calls from Indigenous leaders for the service to be completely dismantled.

Over in London, Ont., the service is looking to hire 52 new front-line police constables to deal with “unprecedented demand” on the force.

At the same time, the defund movement — fuelled by the demonstrations after the 2020 killing of George Floyd in Minneapolis, Minn. — continues to demand money and responsibilities be taken away from police and invested in community and social services. There are also calls to address systemic discrimination and racial injustice perpetuated by police services.

Never before has there been such sustained demands and pressure for significant police reform, said Akwasi Owusu-Bempah, a senior fellow at Massey College and an assistant professor of sociology at the University of Toronto.

It’s why he thinks there should be more discussion about policing during this election cycle ahead of the provincial vote on June 2.

“As society evolves, policing evolves, and so we need to continue to have conversations in order to ensure that the police are performing the functions that we want them to,” he said.

All four major parties — the PCs, NDP, Liberals and Greens — each provided statements saying community safety is a priority, and included a number of commitments contained within their platforms. Those include promises to ban handguns, improve mental health call responses, diversify police services and invest in upstream issues to expand supports for mental health, addictions and homelessness.

But several experts said some of the biggest issues haven’t been discussed in depth, or at all, during this campaign.

‘A structural imbalance in police governance’

It all comes down to trust in your local police, said Sandy Smallwood, who has been in the middle of two police services facing increased scrutiny in recent months. Smallwood resigned from the Ottawa Police Services Board after ten years of service amid protests from the trucker convoy in the national capital. He has since joined an expert panel to advise the Thunder Bay Police Services Board.

To establish trust, Smallwood said the boards that oversee police services must be better trained, given more resources, and protected from political interference.

“It’s basically like putting a heavyweight into the ring against a member of the public, and it’s going to be extremely difficult for a board member to ask the right question.”

It’s also difficult for civilian police board members to know whether they are getting a fulsome answer to their questions around oversight, he said; it took him two years just to figure out all the acronyms police use.

Following outrage over the use of force by police at G-20 Summit protests in Toronto in 2010, Justice John Morden conducted an independent review of policing and made a number of recommendations to strengthen civilian oversight of police, Kempa said.

“Virtually identical recommendations” were made by Justice Murray Sinclair in 2018 during a report that found evidence of systemic racism within the Thunder Bay police force and board, Kempa added. He expects similar recommendations will be issued by Ottawa’s auditor general in their ongoing review into the convoy response.

“I’m a believer that if we did the right things with police services boards, they could work. But this is not rocket science. [They’re] the same recommendations. Commit to them, or cut bait,” said Kempa.

There are also outstanding recommendations to improve police and board oversight that have yet to be implemented, said Scott Blandford, an assistant professor and the program coordinator for the policing and master of public safety program at Wilfrid Laurier University in Waterloo, Ont.

In 2016, following another round of public demonstrations expressing dissatisfaction with policing and oversight, Justice Michael Tulloch completed a review of the three police watchdog agencies in Ontario. He issued 129 recommendations to strengthen police oversight.

Three years later, the Premier Doug Ford’s government completed “watered down” revisions of the Police Services Act to enact many of those recommendations, Blandford said. But in the three years since, the legislation and accompanying regulations have not been brought into force, he added.

A spokesperson for the Ministry of the Solicitor General said in a statement it would be inappropriate to provide a timeline on when that may happen, given that a provincial election is underway.

He also said the next government should be working toward the professionalization of police officers, including increased education and the creation of a “college of policing” to regulate the profession, similar to the United Kingdom model.

“When I started policing in 1982, I had to have a Grade 12 education,” Blandford said. “Since that time, the requirement has not changed for levels of education, and yet the job has become more complex, more globalized, more diverse.”

Temitope Oriola, a University of Alberta associate professor and a special advisor to the Alberta government on police activity, added there is considerable research to show that officers with university degrees are less likely to use or rely on force.

That recommendation was presented during another major review of policing in Ontario — the “police encounters with people in crisis” report by Justice Frank Iacobucci in 2014 after 18-year-old Sammy Yatim was shot and killed by police aboard a Toronto streetcar.

“We can no longer treat policing as a set of manual skills that can be acquired with a Grade 12 level education and six months of training, which is exactly what we have now,” Oriola said.

Jurisdictions across Canada need a new, comprehensive vision for policing and public safety in the 21st century, Oriola said.

Instead, Oriola said, political leaders during Ontario’s 2022 political campaign have largely avoided the issue and lag behind public opinion on the need for reforms.