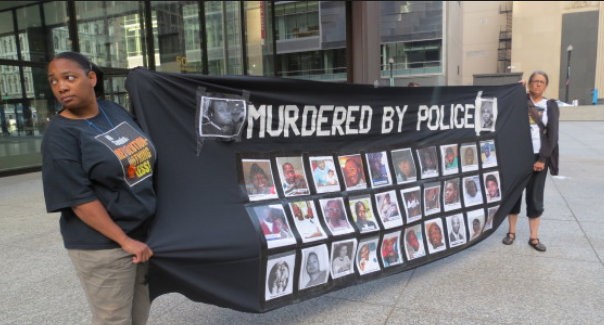 Mr. Chibuzor Nnorom, the elder brother to a 31-year-old banker with Union Bank, Pascal Nnorom, who was allegedly murdered by a motorist, Joseph Udoh, recently in Port Harcourt, Rivers State, has accused the police of  turning the case into a mere traffic offence.

Chibuzor is, however, insisting that the police must properly charge his brother’s killer to a competent court of jurisdiction, maintaining that the matter was a premeditated murder.

He wondered why the police in Elelenwo could not treat the case as a murder, adding that he did not understand why the magistrate court in Elelenwo  released Udoh on bail.

Narrating how his younger brother, who recently got married was killed, Chibuzor, who is also a banker, continued to stress that Pascal was murdered for no just reason.

According to him, Udoh had hit his brother’ car, a Honda CRV SUV, that fateful day and decided not to alight from his vehicle. But while Pascal came out to ask Udoh why he dented a part of his car, Udoh, who had concluded that Paschal could be an armed robber, used his car to push the newly married banker against the pavement that divided the expressway.

The deceased was with his wife and was heading for a marriage ceremony when the incident that took his life happened.

“My brother died instantly while his spinal cord, two legs and ribs were broken. The guy, who killed him ran away, but was caught by an angry mob. It was only Felix Onuigbo, the policeman handling the case, who turned the case upside down and charged Udoh with a traffic offence. It was not even an accident. He hit my brother’s car.

“This matter should go to a court of competent jurisdiction. My brother’s killer must be properly charged. It is not a traffic offence, it is a murder case. It is either the IPO does not know his work or he has compromised. The IPO handling the matter at Elelewon Police Station is Felix Onuigbo.

“We only made a statement at the Elelewon Police Division and after one week of delaying, they took the matter to the Elelewon Magistrate Court, they discharged the man and acquitted him. The magistrate said it is a traffic offence; it is a bailable offence and that is what was presented,” Chibuzor said.

Chibuzor said that Pascal’s death had landed their mother in hospital. She is said to be currently in intensive care since learning of Pascal’s death.

“The 27-year-old wife of my brother is now a widow and childless. Joseph Udoh must face a murder case. As of today, my 72-year-old mother is in coma as a result of this. My younger brother that was killed was her last child and her best,” he added.

It will be recalled that Pascal on May 13, 2017, lost his life in a strange circumstance few minutes after his car, a Sports Utility Vehicle was allegedly hit by Udoh’s car along the Port Harcourt-Aba expressway.

Disturbed by the incident, Pascal was said to have come out of his car to challenge Udoh. But Udoh allegedly used his car to pin Pascal to a pavement that demarcated the dualised highway, killing the banker on the spot.

Udoh had in his statement online maintained that he never knew he hit any car and added that the deceased had accosted him and began to struggle with the steering wheel of his (Udoh’s) car.

Udoh, who is currently unemployed, but helps his wife in her restaurant, was taken to court and granted bail.

He was also quoted to have said that Pascal’s relatives had refused to agree to any form of settlement while they had continued to threaten him and his family over the death of Pascal.

Reacting to Udoh’s position, Chibuzor told Saturday PUNCH that “Joseph Udoh’s statement to the police is wrong. Nigeria has a law and let them interpret the law. The so-called Udoh killed my brother and was coming for ‘settlement’. Settlement for what?

“The magistrate’s court has no jurisdiction in such a matter. It is a murder case we are talking about here. Joseph Udoh saw my brother’s corpse; the IPO and the DPO of Elelewon Police Station know about this. I cannot take away the corpse; let them go and do autopsy. This was a young man who got married last year.

“It is the Elelewon Police Station that is causing all of this. The man (Joseph Udoh) has been bailed. The man is saying that my brother is an Ogoni man, which means he knows him. It is a premeditated murder. My brother is lying dead in the mortuary and the police are charging the killer of my brother with a traffic offence.

“The DPO in Elelewon connived and turned what is a murder case to traffic offence. It is a serious matter and justice must be done. But the magistrate did not go further to ask if somebody is dead in this matter. It is either the police do not know their job or they have been compromised.

“We have petitioned the Commissioner of Police in Rivers State, the Inspector-General of Police and the Chief Judge of Rivers State through our family lawyer. Whoever is in charge of Elelewon Magistrate Court also did a shabby job.”

Efforts to reach Udoh for comments over the allegations against him were unsuccessful on Friday.

Reacting, the State Police Public Relation Officer, Mr. Nnamdi Omoni, explained that though the matter could border on manslaughter as a result of a traffic offence, such an offence was still not bailable.

Speaking further, Omoni argued that if it was an accident and the offender was charged to court, the proper charge should have been manslaughter, especially when the offence was done unknowingly.

He said, “The man in question must have been charged with manslaughter. If the man did not contemplate killing the victim, on the face of it, it is manslaughter. But where there was an intention to do grievous bodily harm on the victim and that act was carried out, consequently, the person died in the process; that is murder; pure and simple.

Omoni, who is also a lawyer, also wondered why the magistrate court decided to bail the suspect.

“Definitely, the magistrate’s court has no jurisdiction to handle such a matter, except there is a consensus between the two of them (Udoh and Pascal’s relatives) to go to court and settle the matter.

“When pressure is on the police, what is done is that they go to court and you now mute the idea of settling in court. At this point, the matter has left the police. If court releases him, that is the business of the court and not the police.

“Manslaughter can also fall under traffic offence, but manslaughter is not also bailable, except of course, there could have been agreement by both parties to resolve thereafter. So, the magistrate can give conditional bail.

“The only charge that can be proper in this circumstance is to establish the mental element of the offence. If the man contemplated killing the deceased, then it is no longer a traffic offence,” he added.