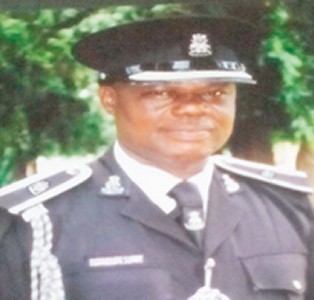 A police officer has died reportedly while having sex in his office. According to News Telegraph, 56-year-old Superintendent of Police, Sunday Eguakhide, died on August 24 at about 11:30 am in his office at the Police College, Ikeja. He was with his second wife, who he married unofficially, in his office when he died while having sexual relations with her.  Eguakhide’s death occurred less than a week before his retirement. His remains were later evacuated and deposited at the Ikeja General Hospital mortuary.  The deceased was said to be fond of taking sex enhancement drugs whenever he wanted to make love with the woman known as his unofficial second wife. The woman was arrested by policemen from Ikeja division and has been in detention since then. But the woman reportedly denied knowledge of the cause of Eguakhide’s death.  She was quoted as saying:He used to have sex with me in his office. He had already gone one round, but as usual, he was not satisfied. In fact, I told him that the drug he used to take anytime we wanted to have sex was not good for my body. I didn’t like it because I was the one that used to bear the brunt of it. After taking the drug he would be pounding into me for a very long time and because of the drug, he usually takes long to come.On that fateful day, after he went first round, he refused to allow me to dress. He started playing with me until his manhood became erected again. He then started making love to me again. She said that at some point during the act, the man began acting funny, rolled off her, then fell to the floor jerking. He was foaming at the mouth and his tongue was out. In panic, she kept screaming out his name but when he didn’t respond, she ran out of the office nearly naked to call for help. By the time help came, he was dead already. But one of the deceased’s colleagues denied the allegation that Eguakhide died as a result of enhancement drug, saying:I worked closely with him at the Transport Department that was when I noticed that he was suffering from blood pressure, while the woman at the centre of the crisis is his second wife. But he married her out of wedlock. Whenever she wanted to see the husband she always comes to the office. To the best of my knowledge, I don’t know if they were sleeping with each other in the office, but what I knew was that the woman usually comes to meet him in his office to collect money for the upkeep of her children.He was a generous person. Our superior always warns every officer at the police college to take good care of our health. It was the junior officer who rushed him to the hospital but he died before they got to the Ikeja General Hospital. I am going to miss him because he did not hold grudge with anybody.